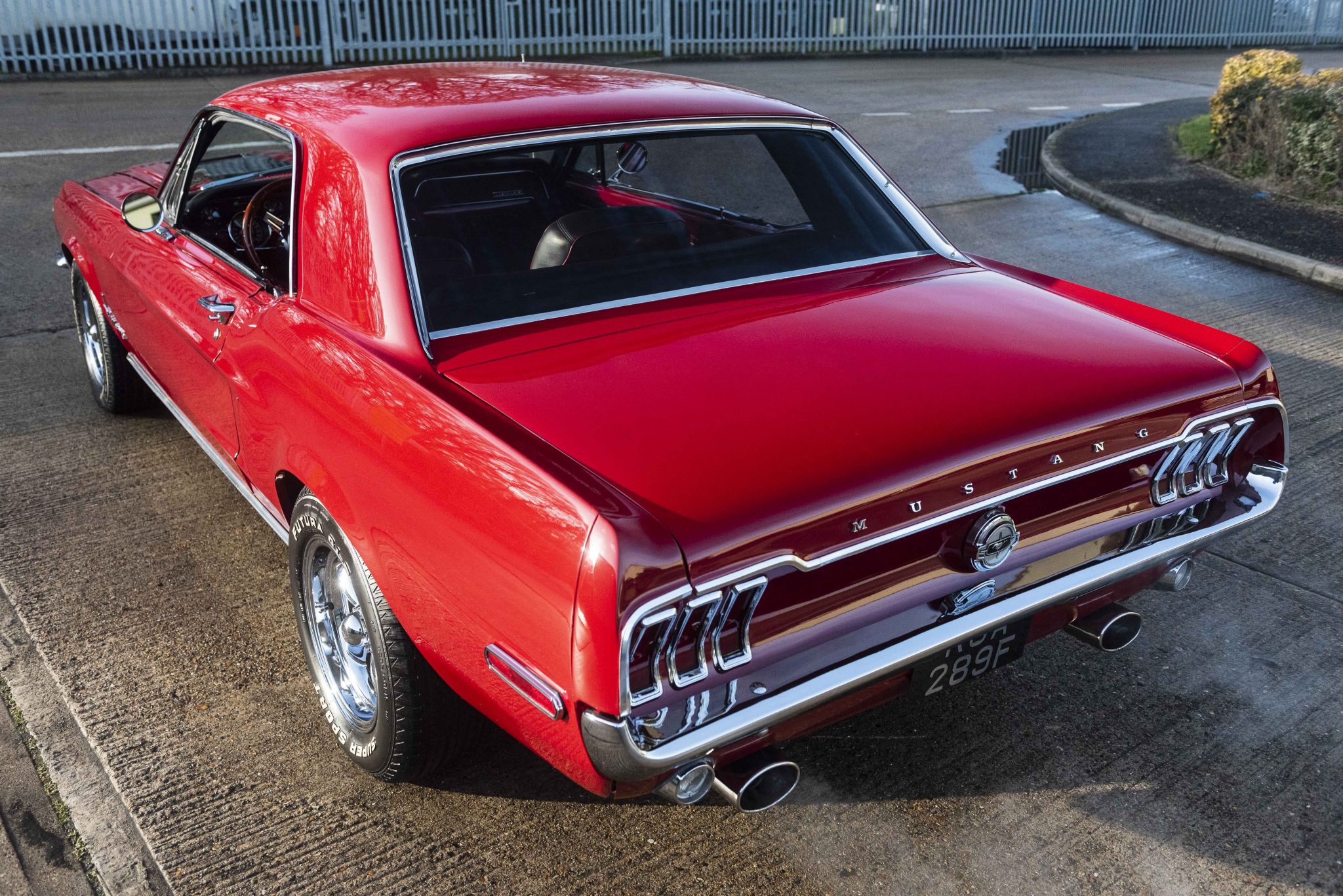 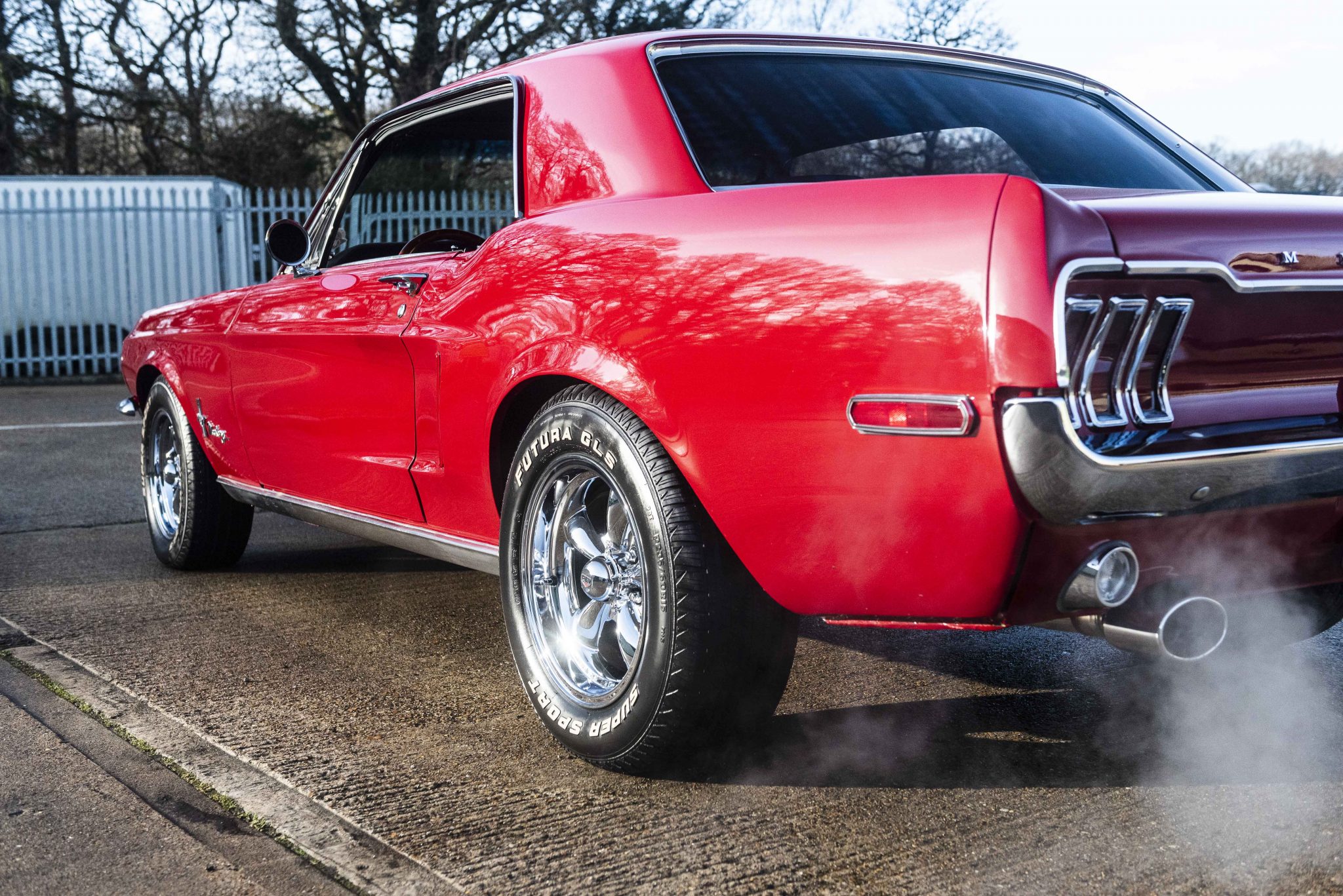 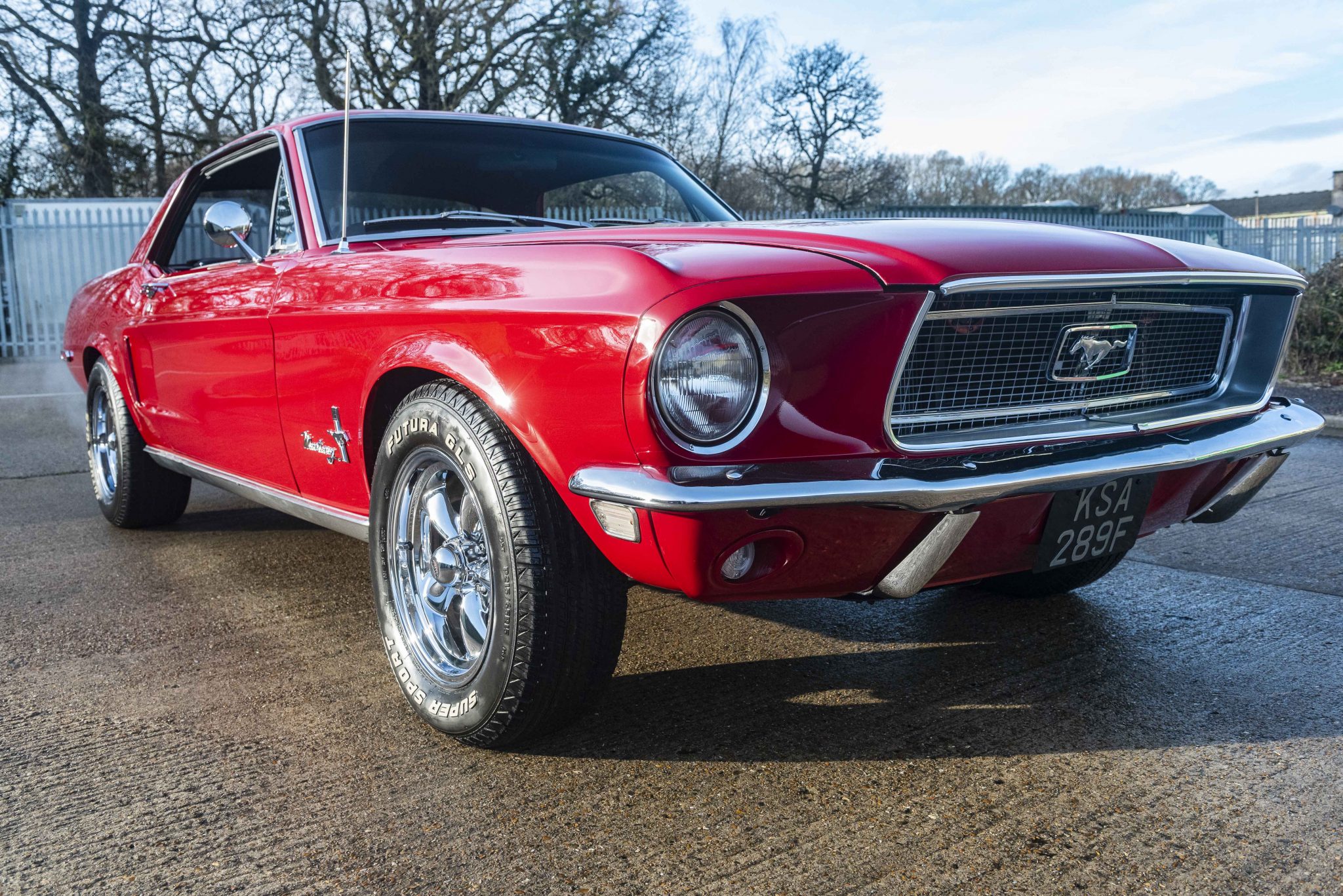 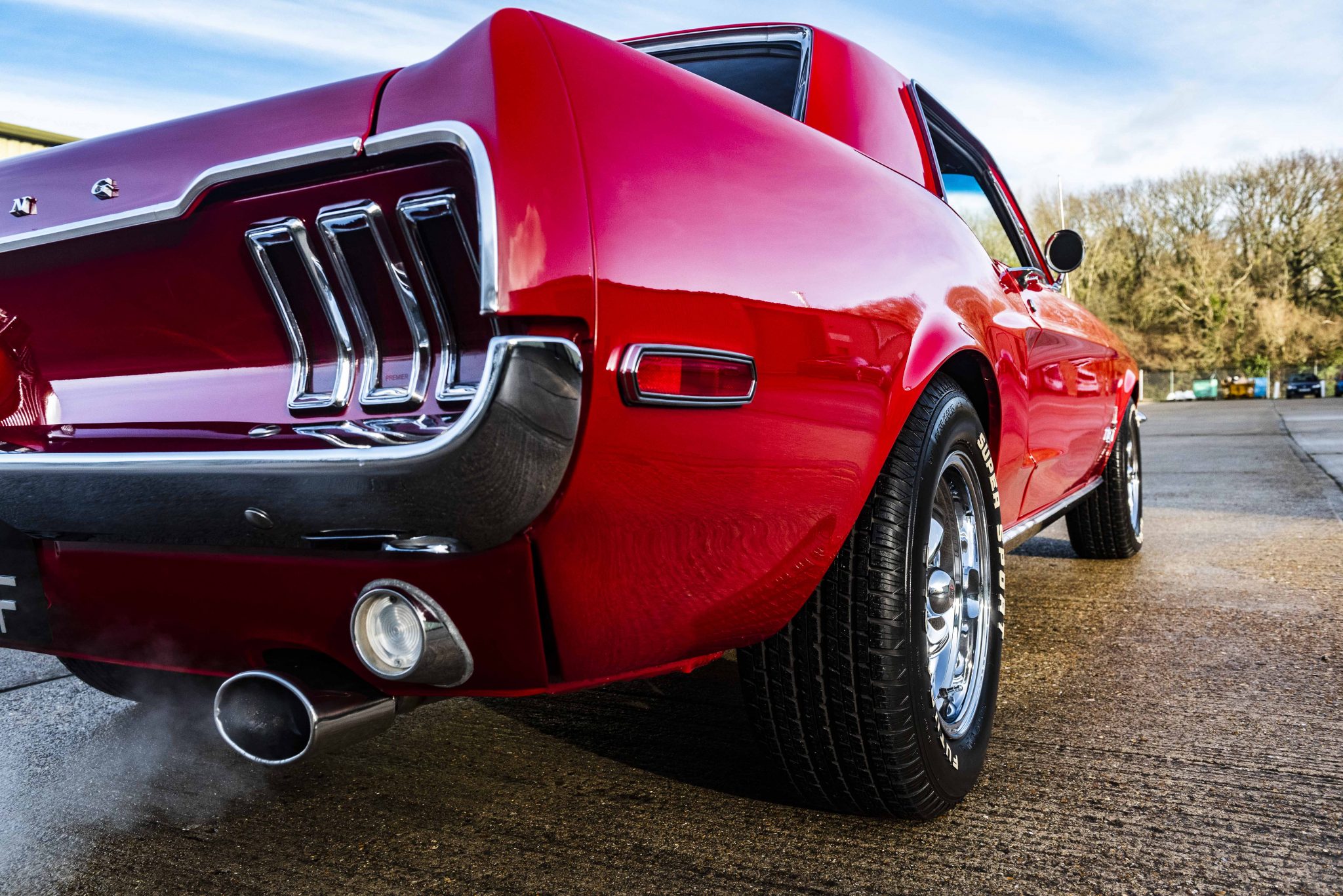 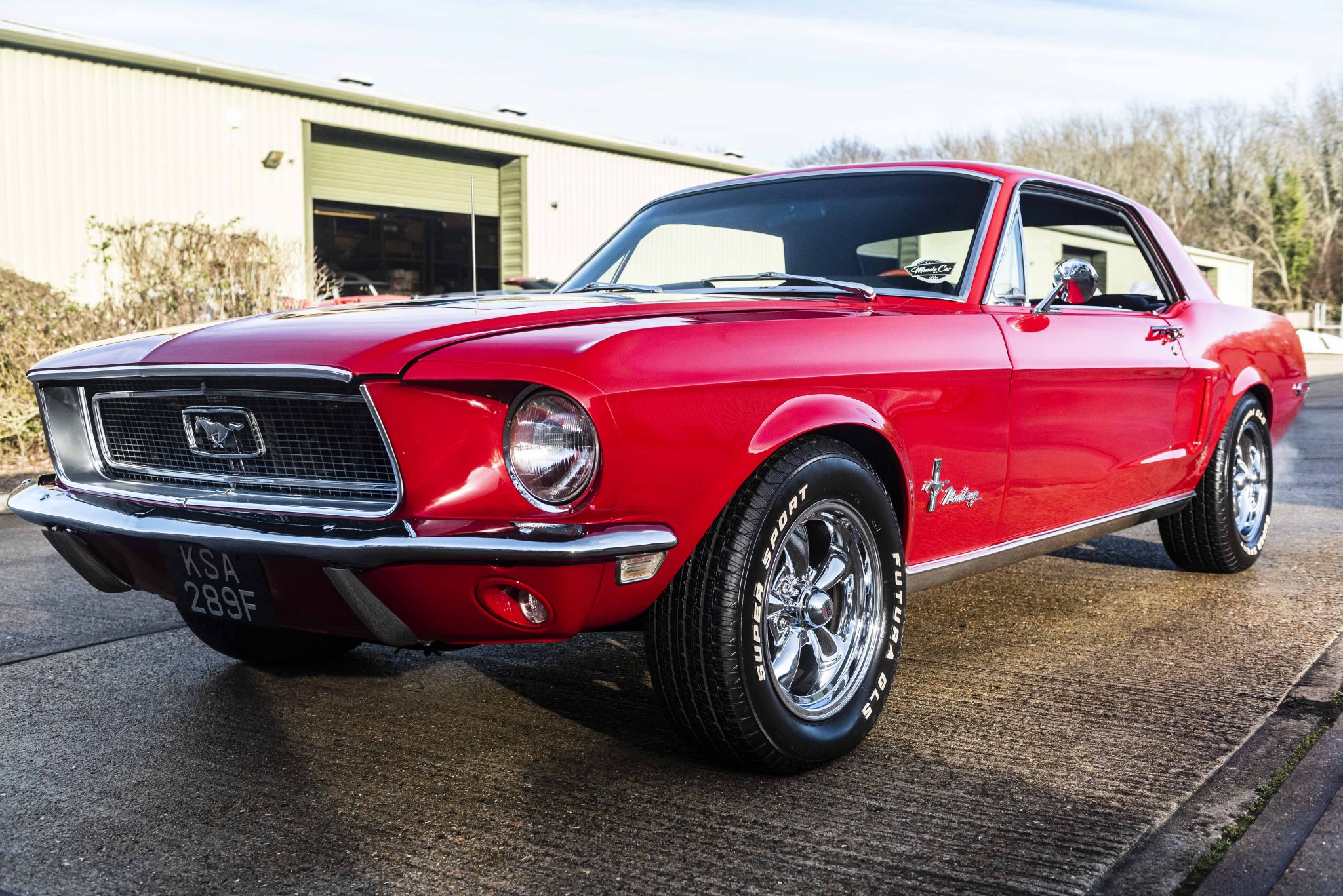 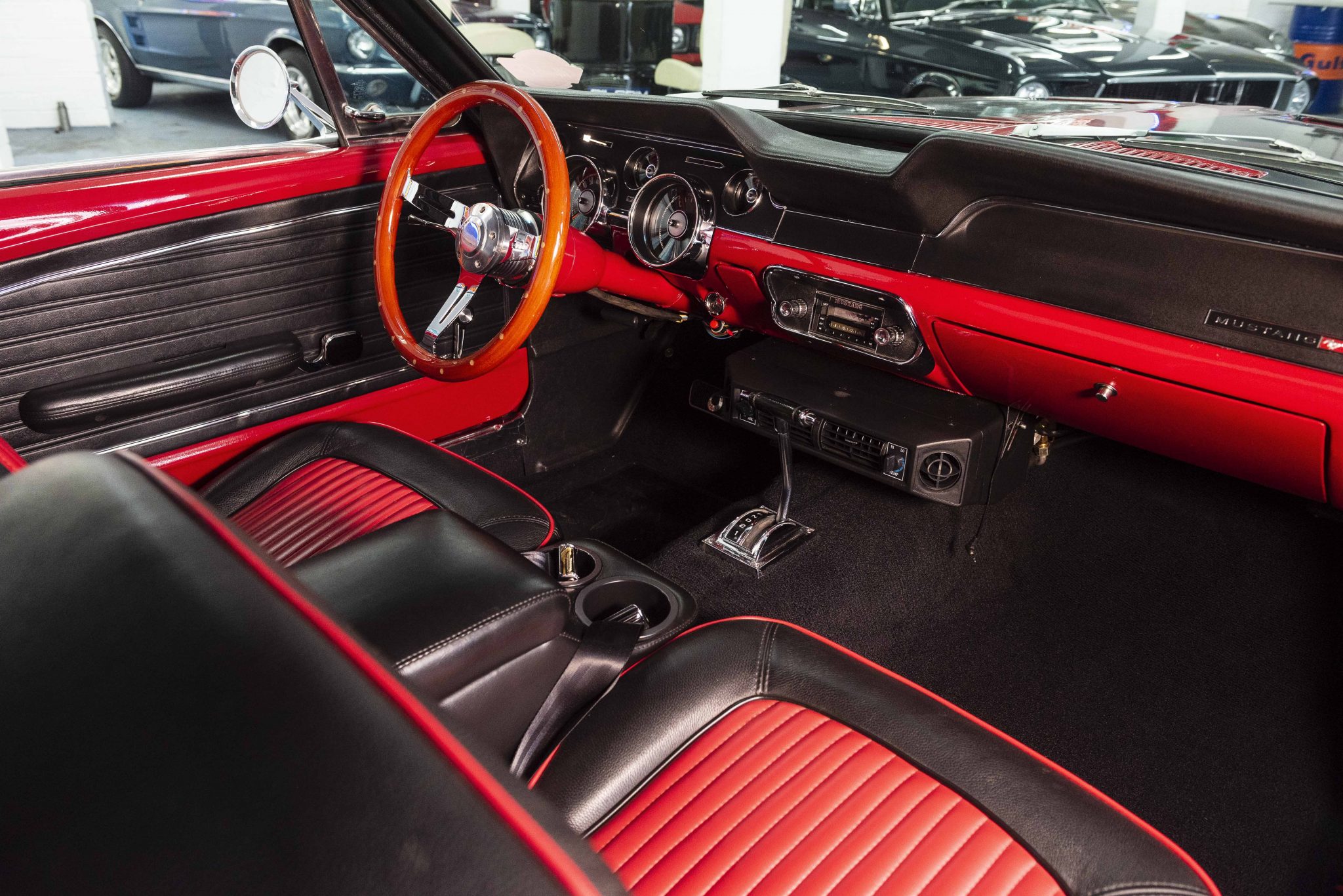 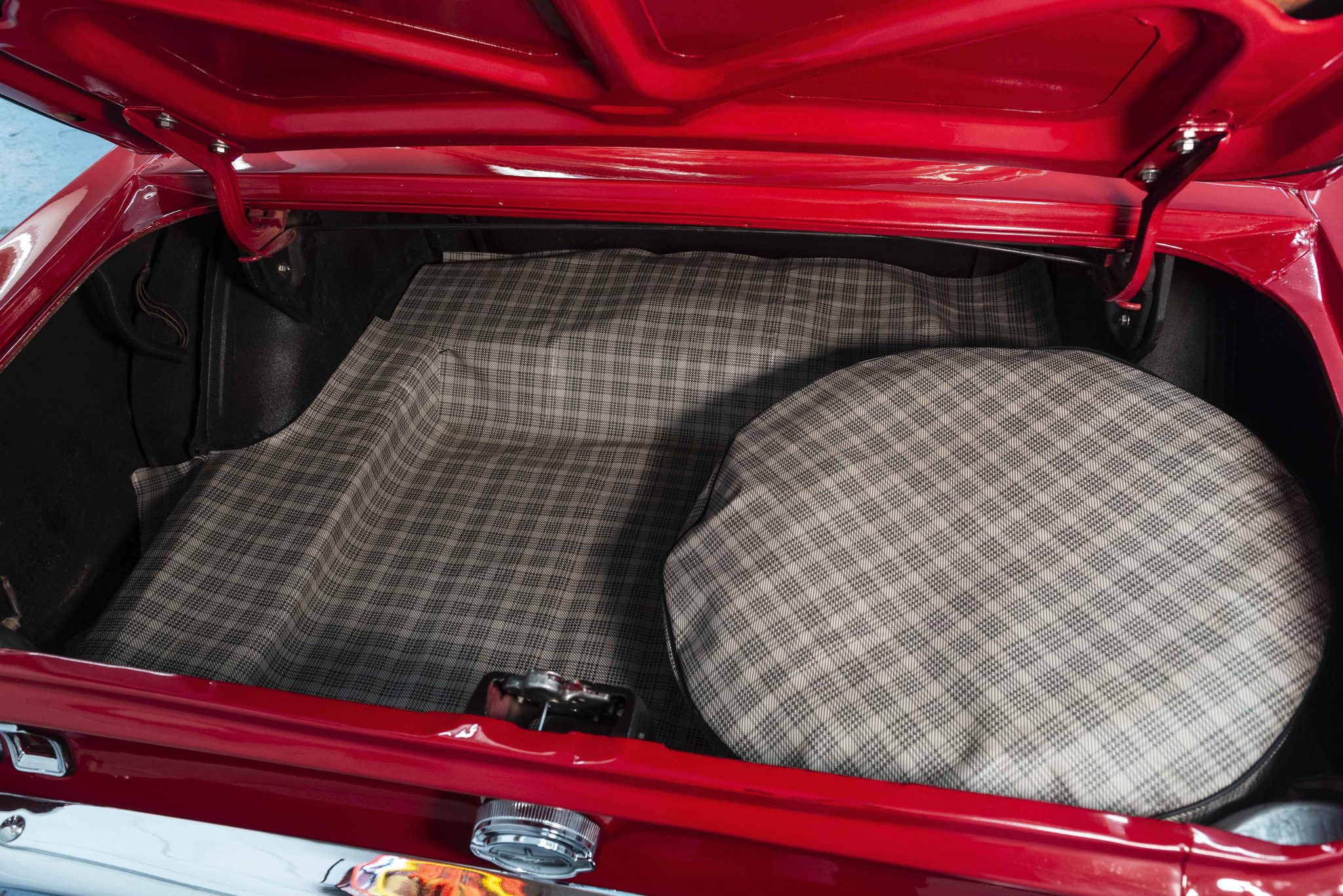 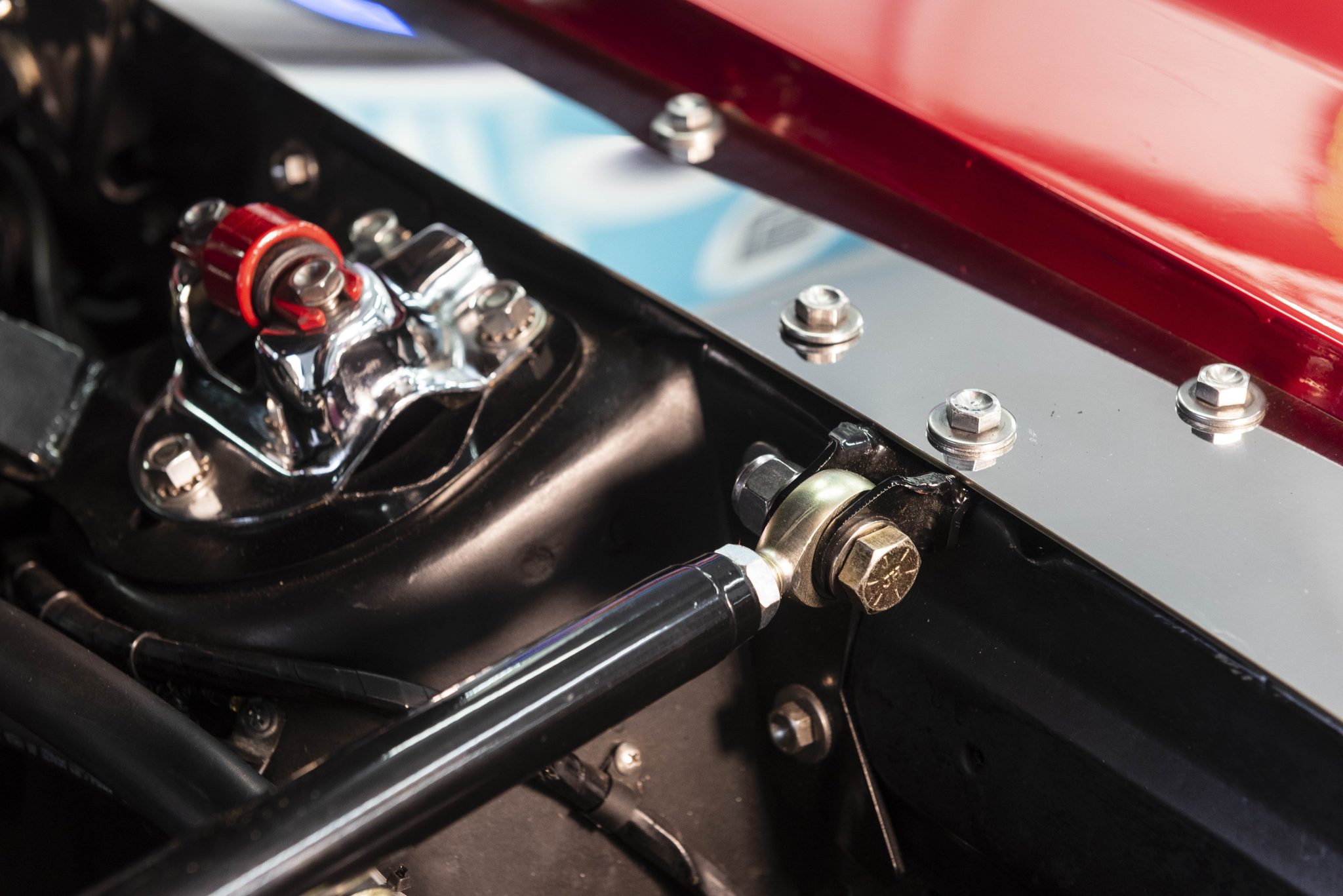 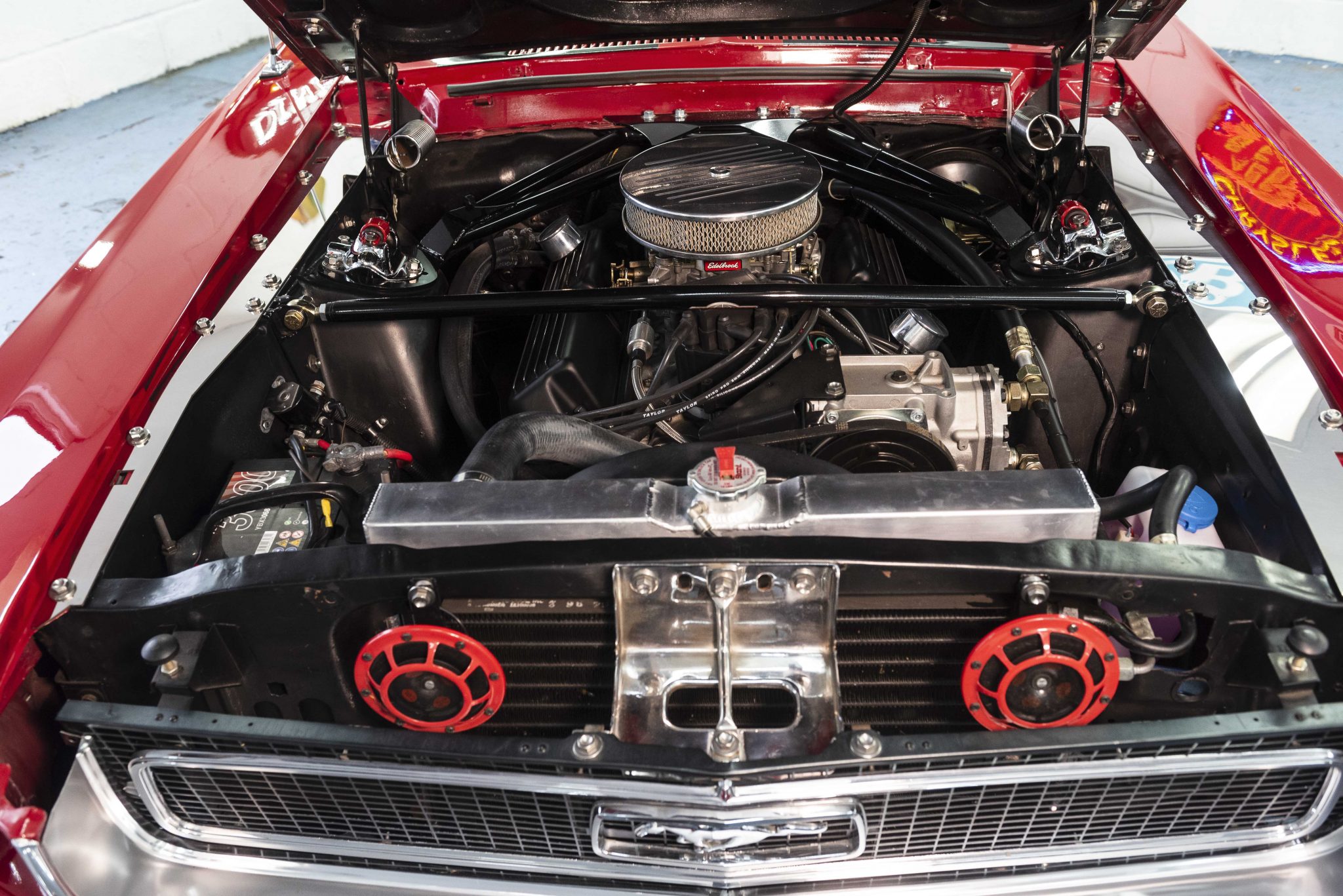 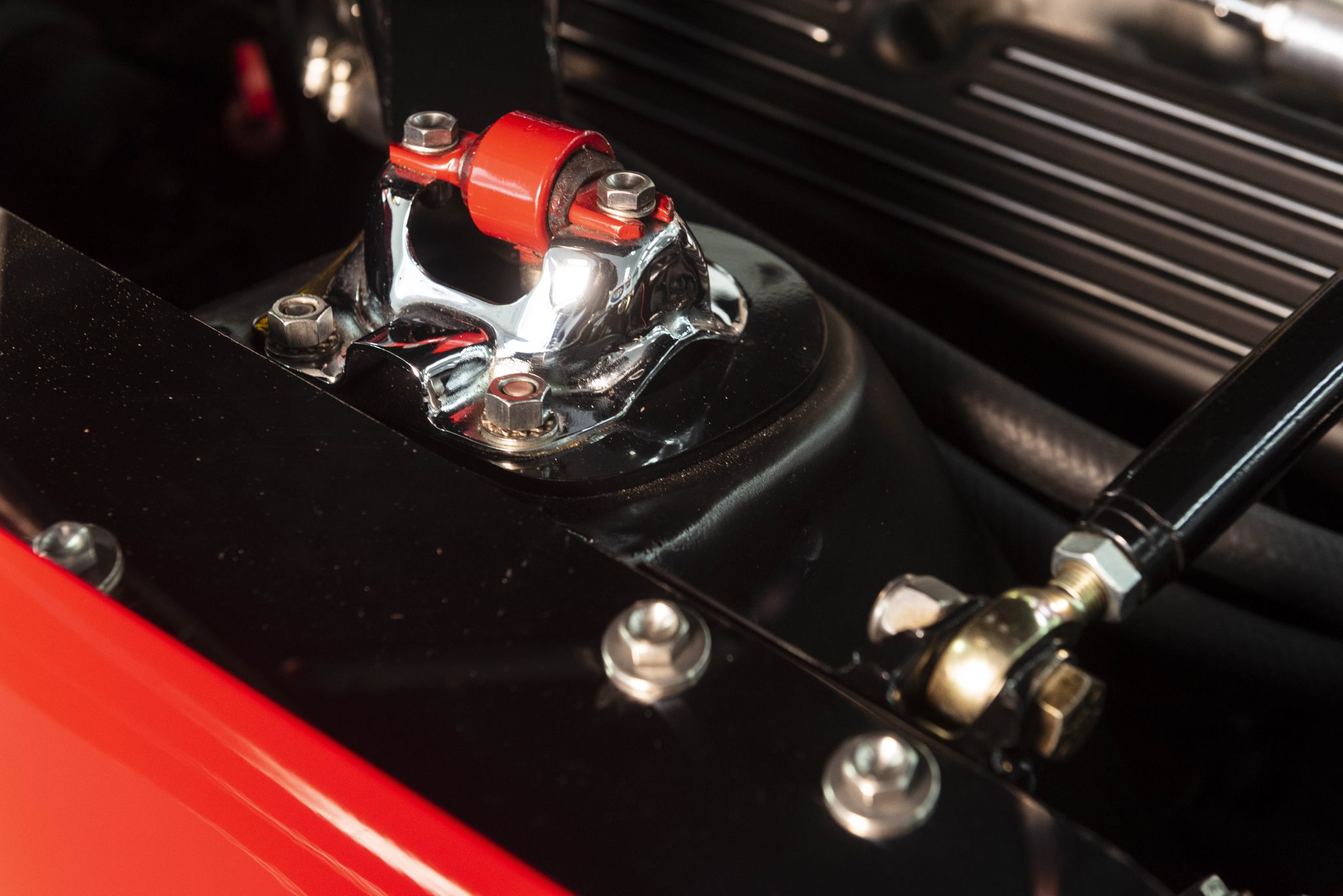 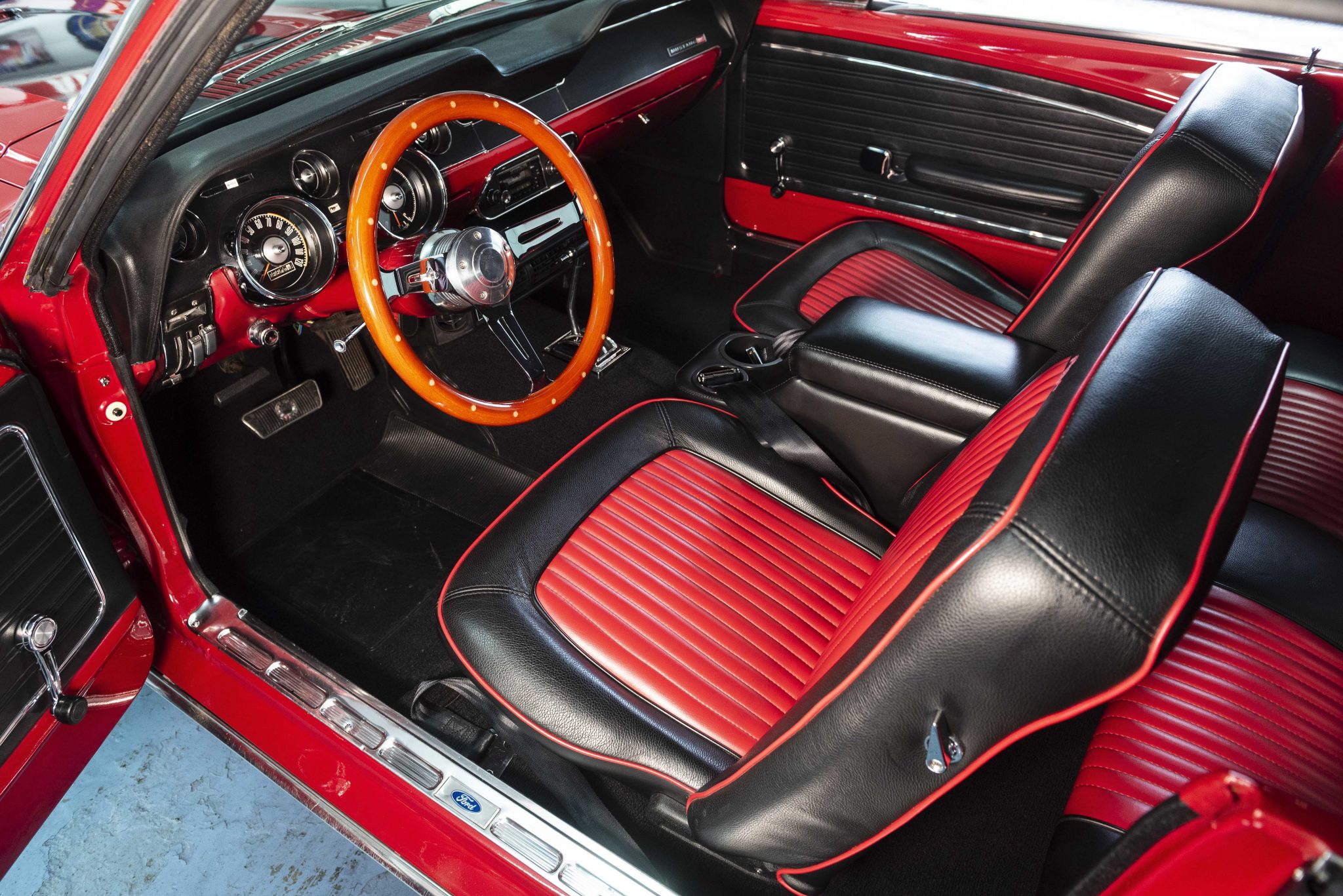 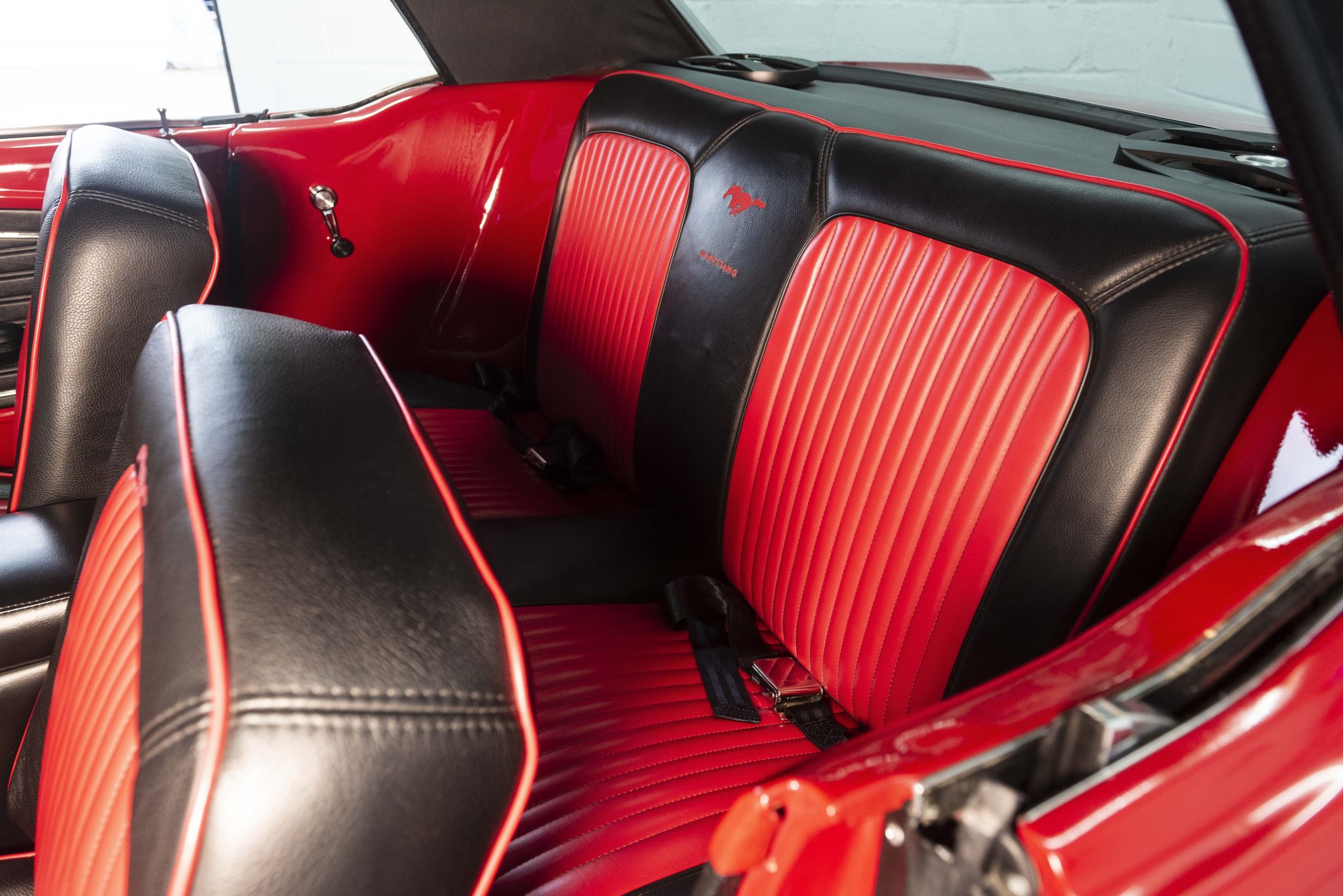 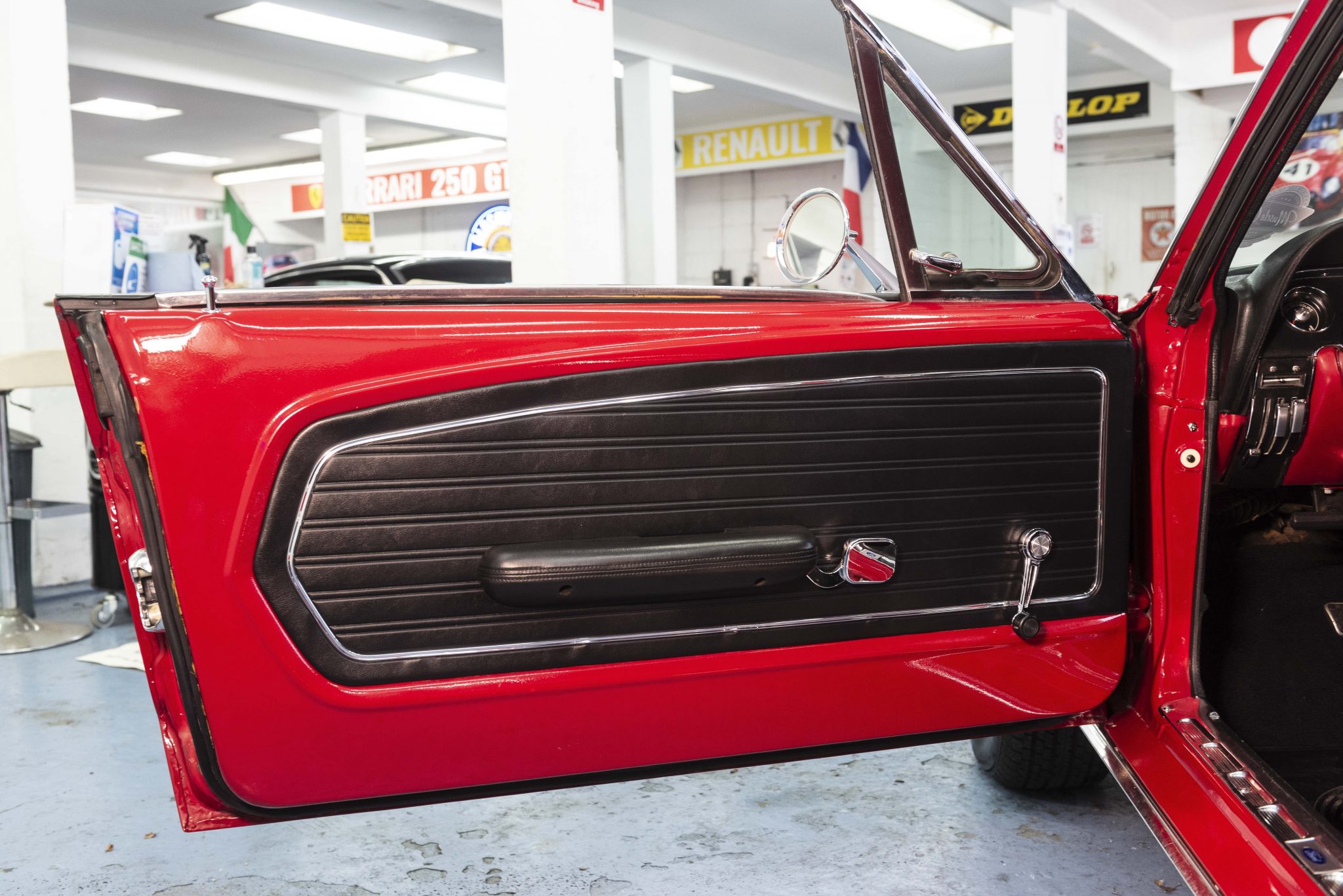 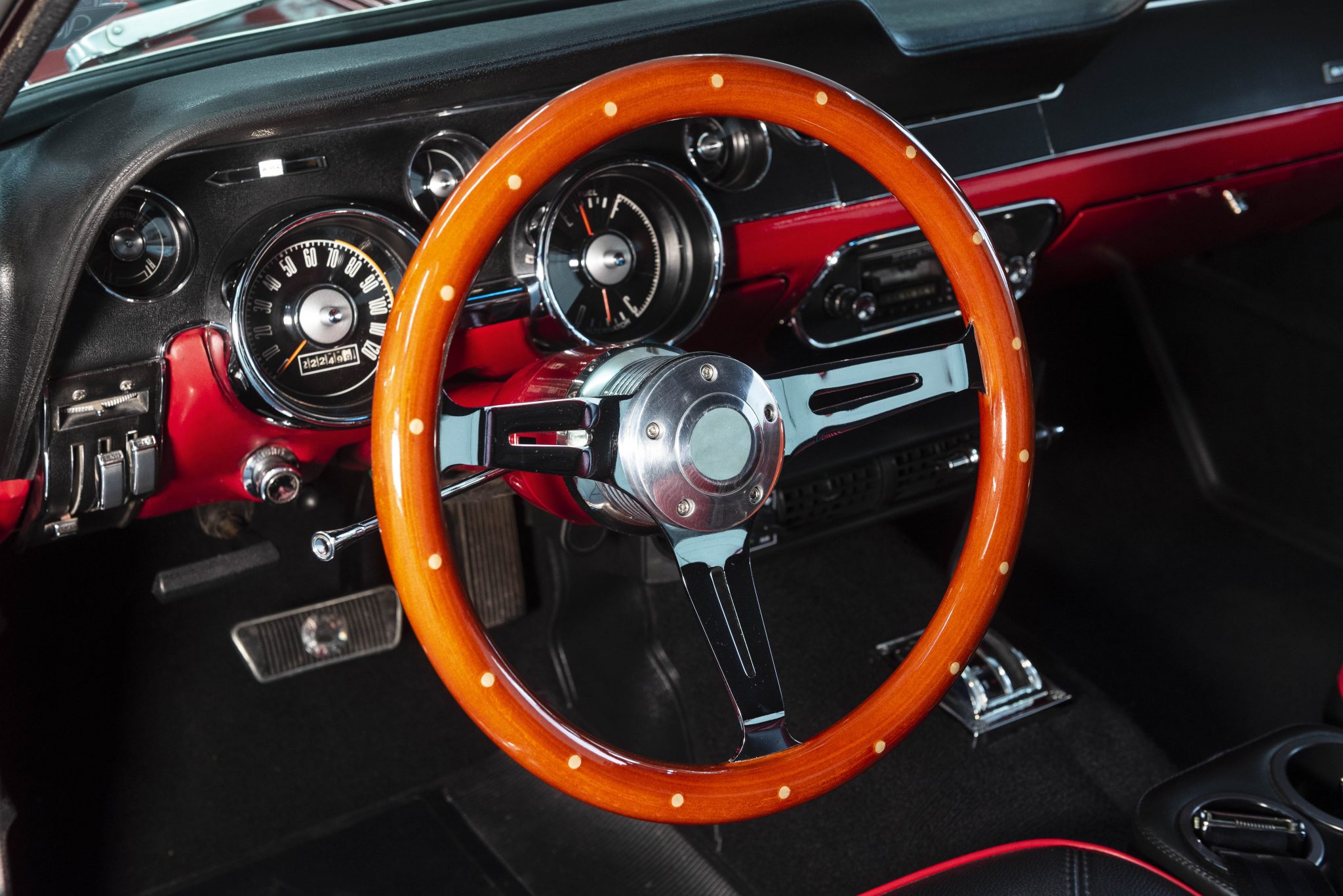 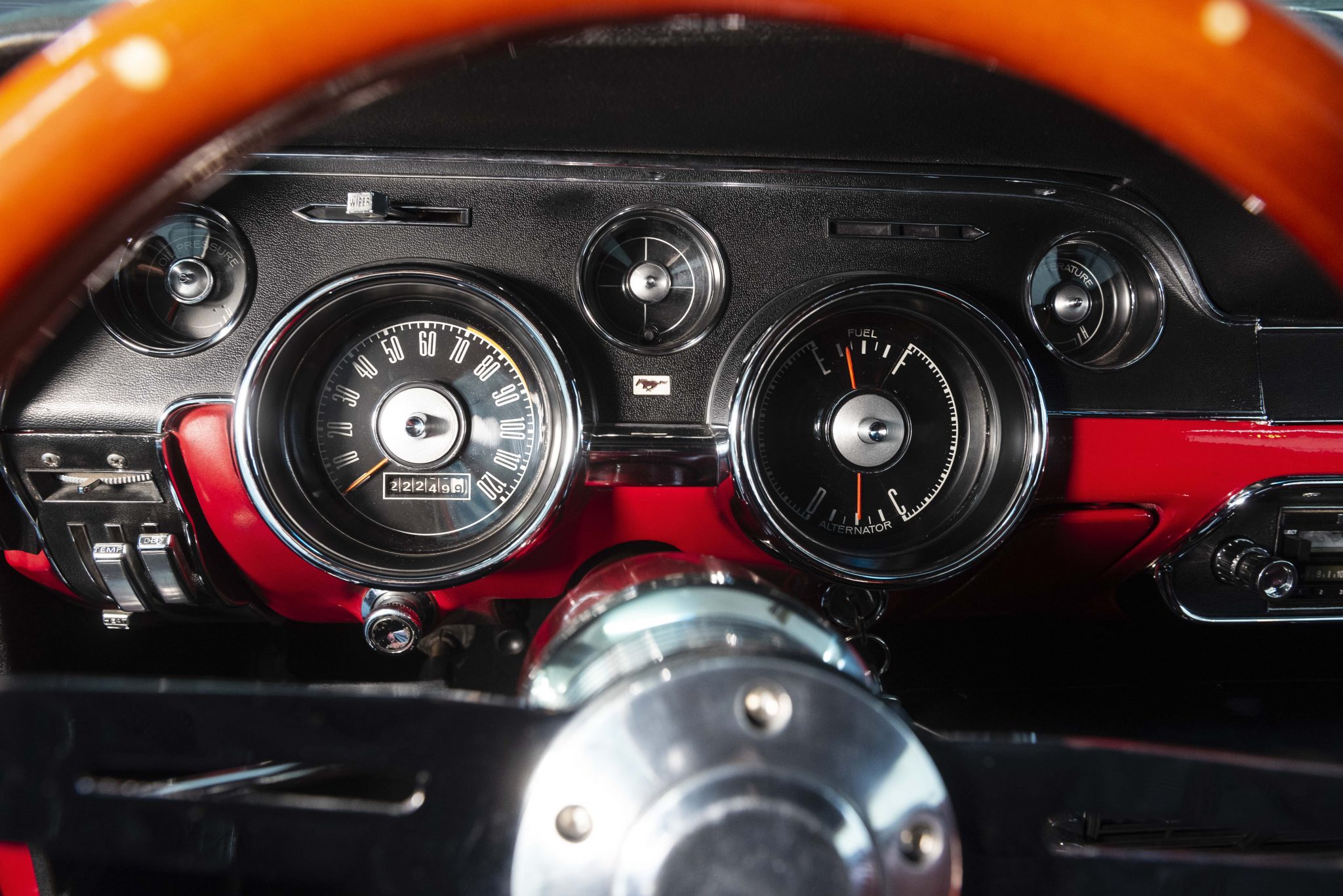 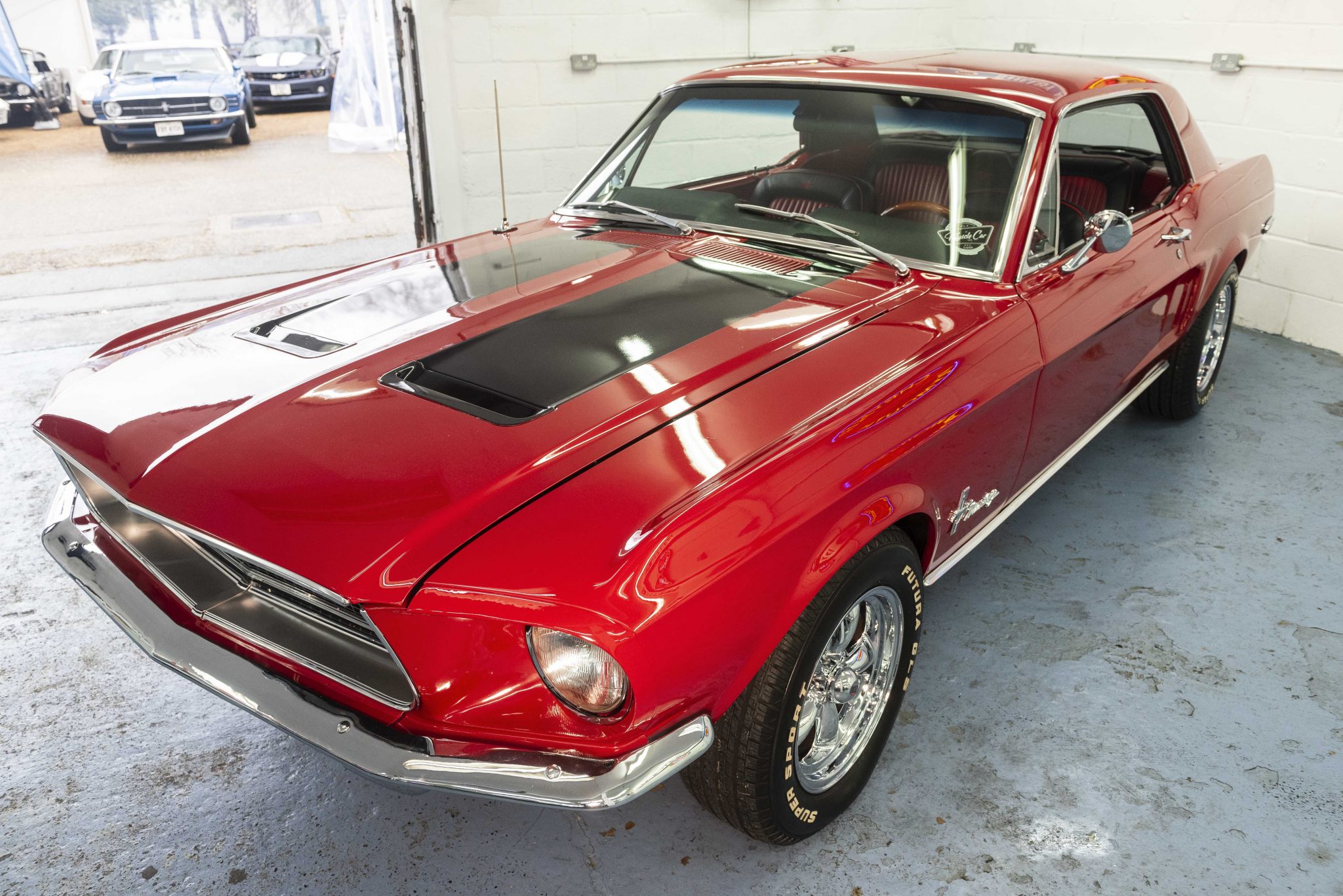 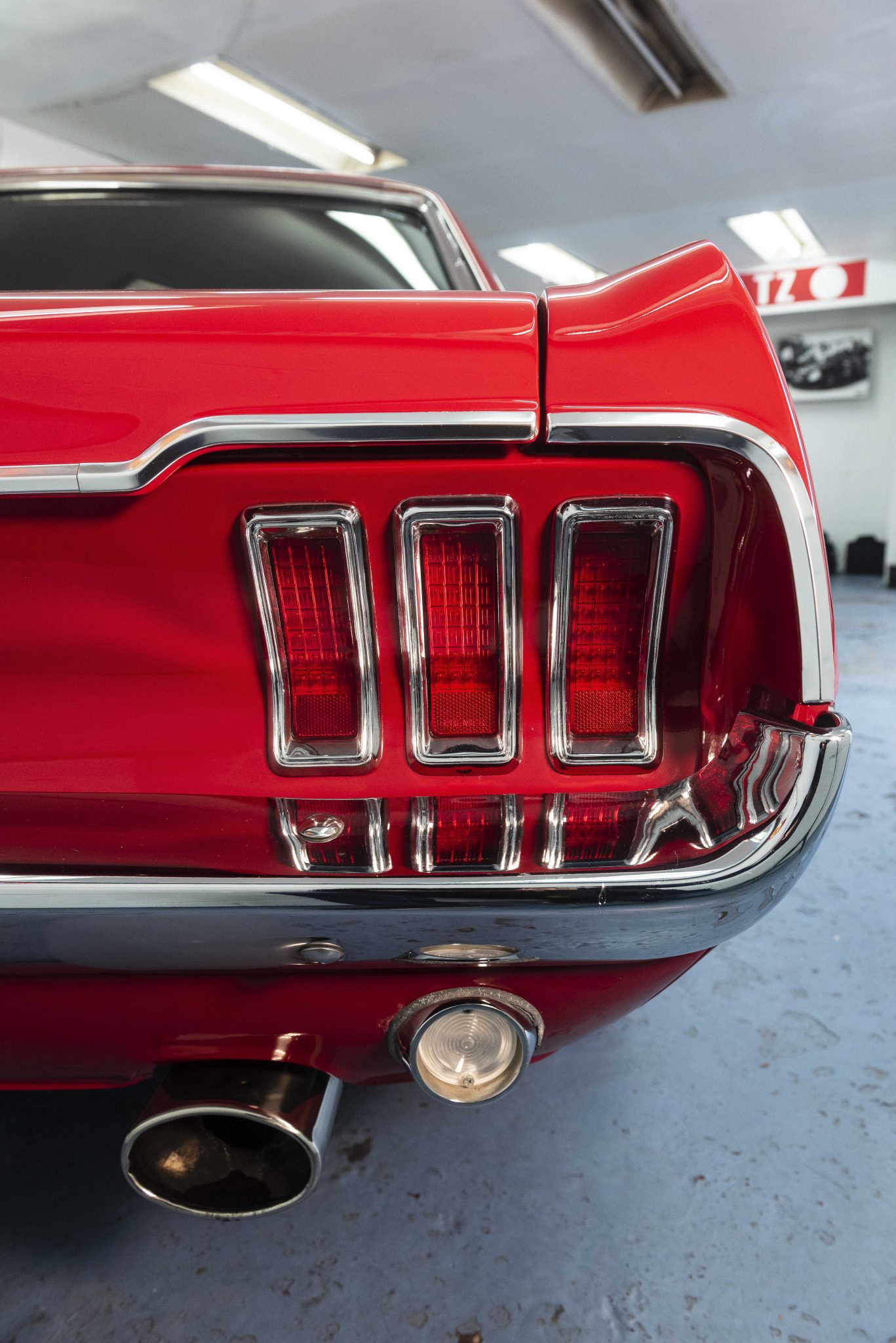 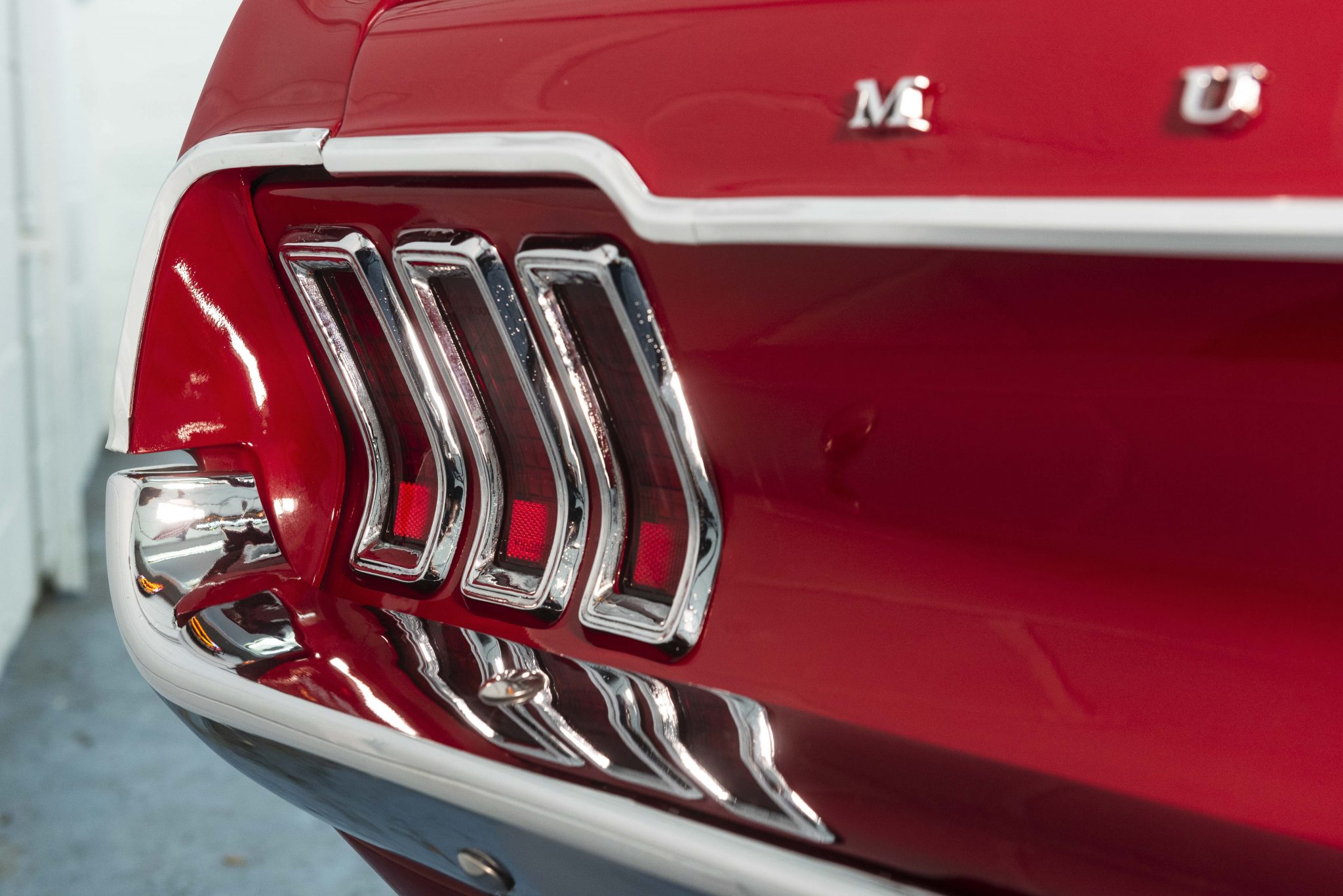 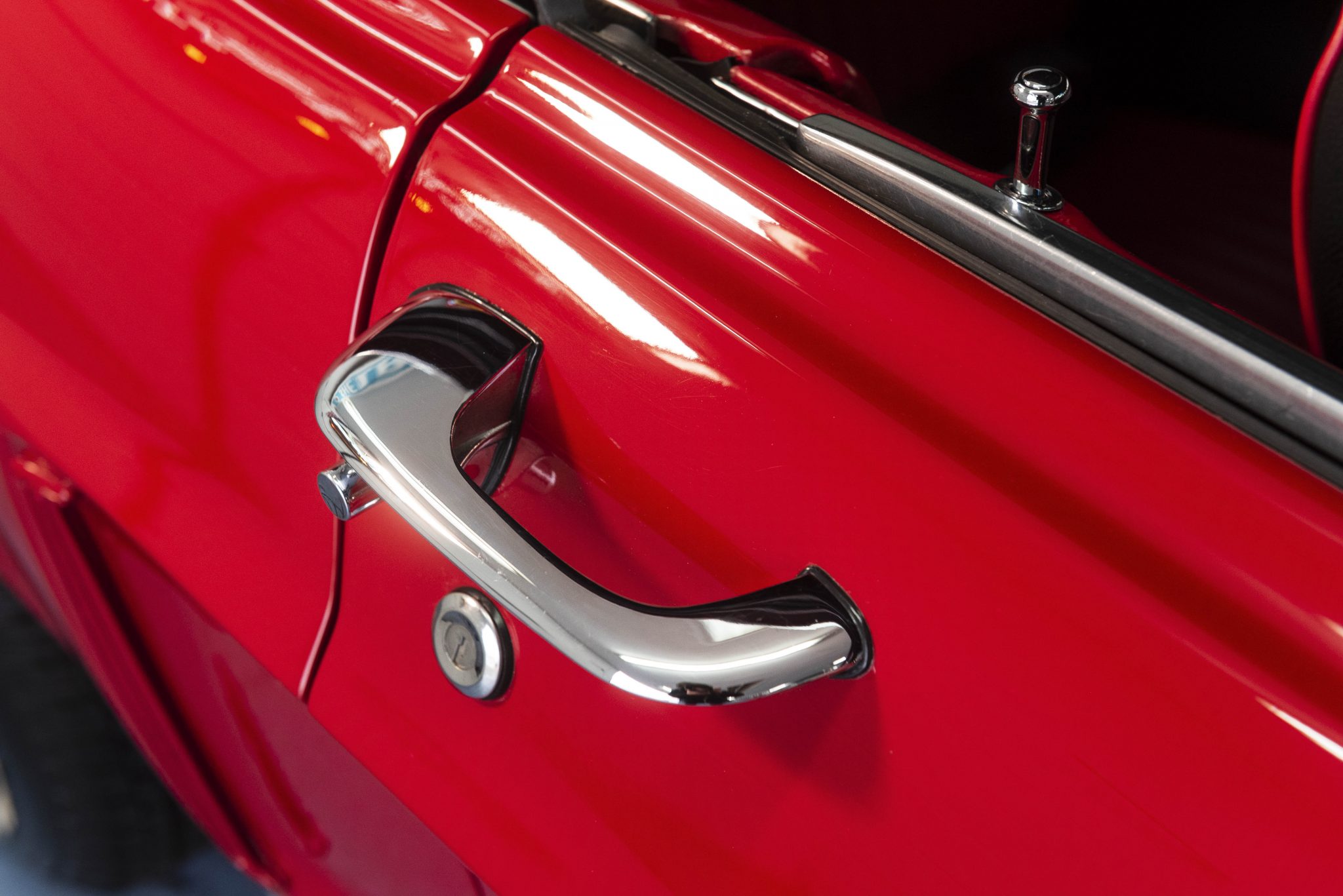 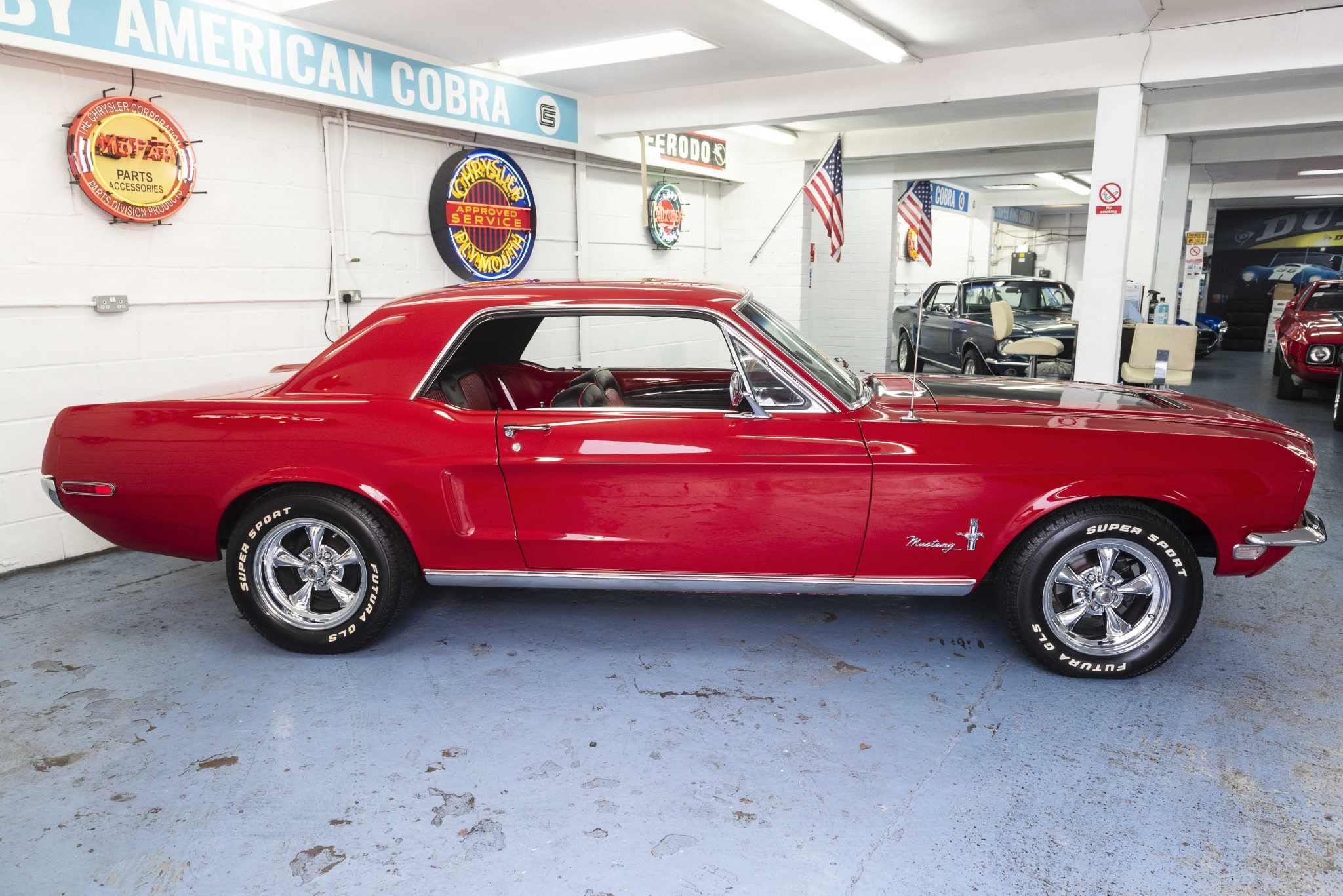 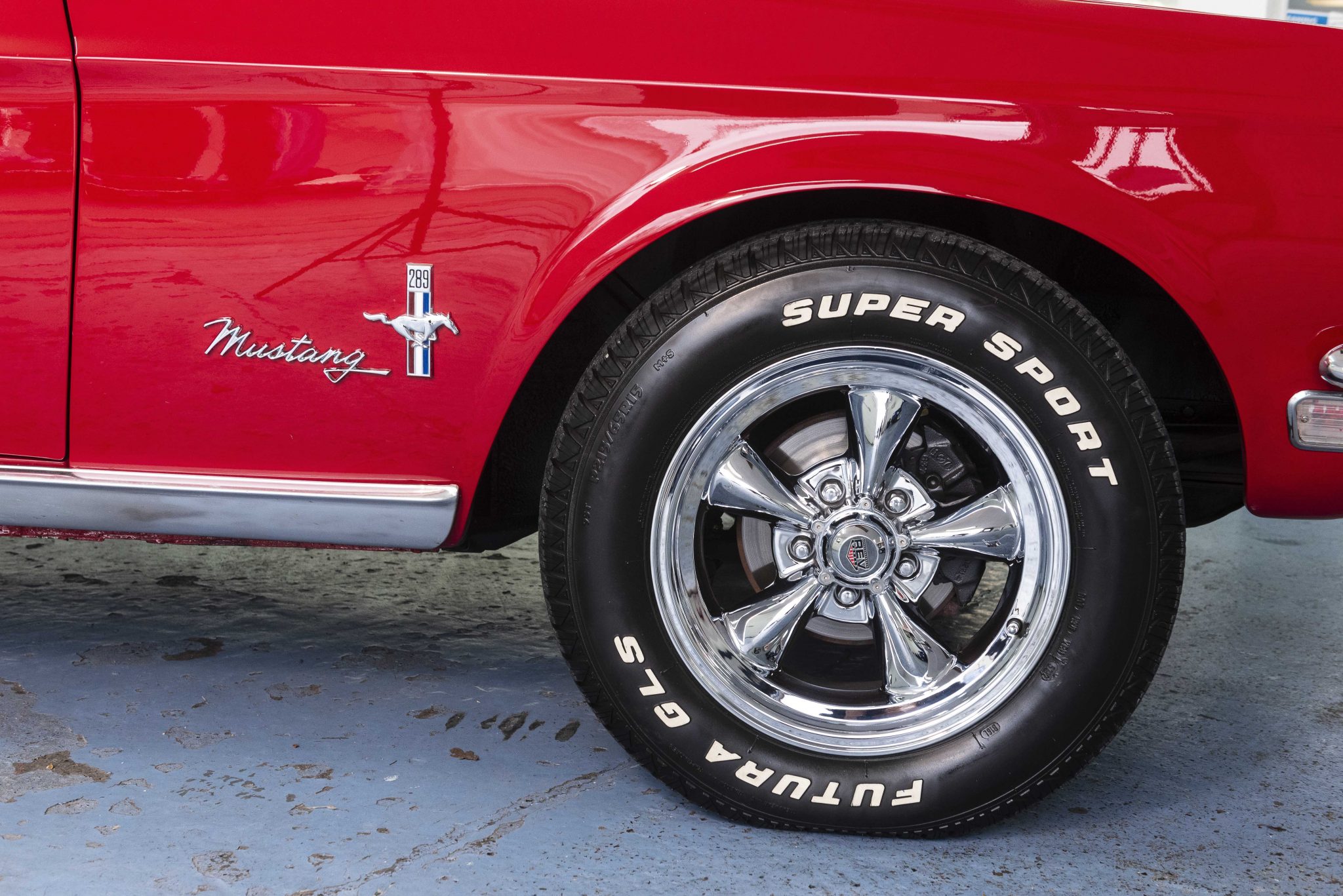 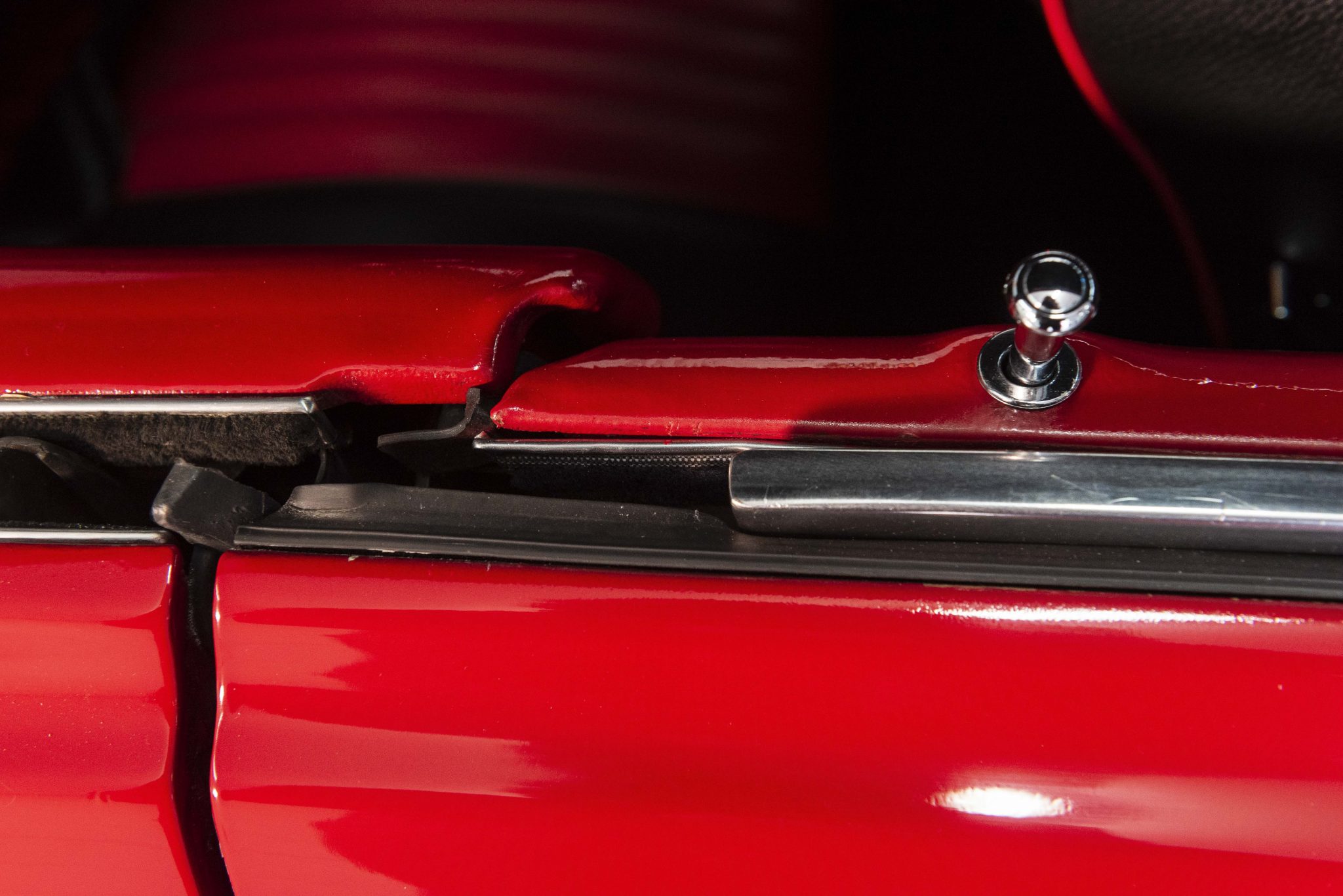 This 68 Mustang epitomizes the American Muscle Car Era. Built at the San Jose plant in Northern California on May 1st, 1968 and supplied via the Los Angeles Ford dealer network. We managed to purchase the car from the P.A to a fabulously wealthy major electronics company owner from Hollywood Los Angeles whose son had spent a fortune making the car what it is today.

The Torch Red Clear Coated Lacquer is about as “Standout” a colour as could be mixed, so the two-tone Black and Red Leather with Red Piping and Mustang Embossing were the perfect selection. New Three Spoke Wood Rim Steering Wheel, Centre Console and modern yet Classic styled Digital Radio with completely new Dashboard were fitted and new Carpeting, Door Cards, Headlining complete the stunning interior. The original 289 V8 has been mildly upgraded with a Modern 4 Barrel Carb, Aluminium Intake Manifold, Air Filter, High-Performance Ignition /Distributor, Aluminium Radiator with Electric Fans and a rose Jointed Export Brace complete the package.

The engine runs strongly and sounds magnificent through the two throaty resonators roaring from the twin exhaust boxes and big bore exit pipes. Power steering and suspension systems have been overhauled and the braking system now has Power Operated Discs to the front and Drums to the rear axle. Along with these improvements a new Air Conditioning System is fitted with all new components throughout.

Still wearing its Black & Yellow California plates which are much coveted in the States (proving that this Mustang has always been registered in California) and the new Chrome American Racing Five Spoke Torq Thrust Alloys with Futura GLS Super Sport Tyres & White Billboard Lettering just beg the car to be driven and not just admired. 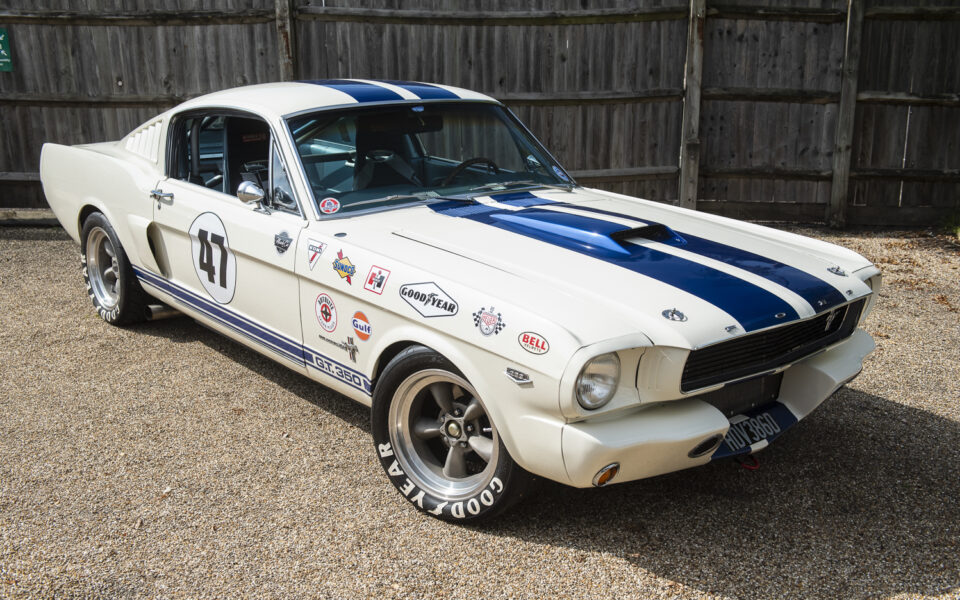 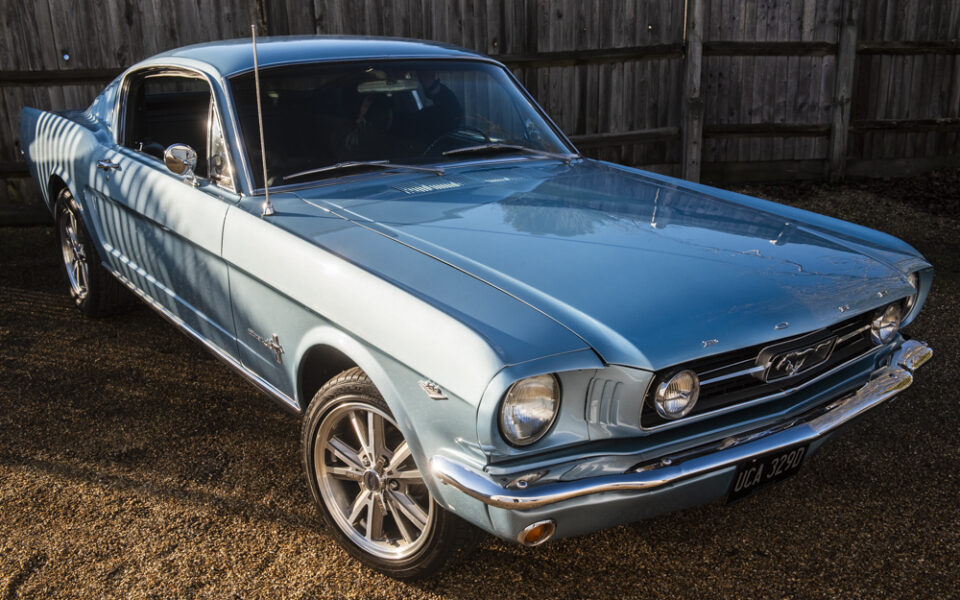