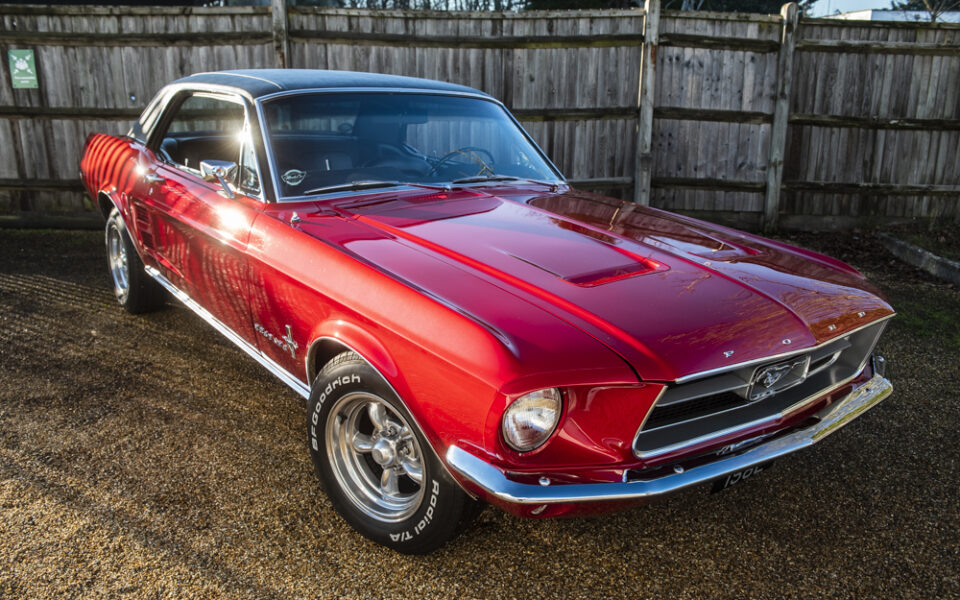 We purchased directly of the second owner Joe Abeyta who lived in Norco California. He by his own admission was a car fanatic and restorer. Before he retired, he was a Boeing aircraft engineer, and this can be seen by the quality of his work. Joe had bought the car as an entirely corrosion free example in … 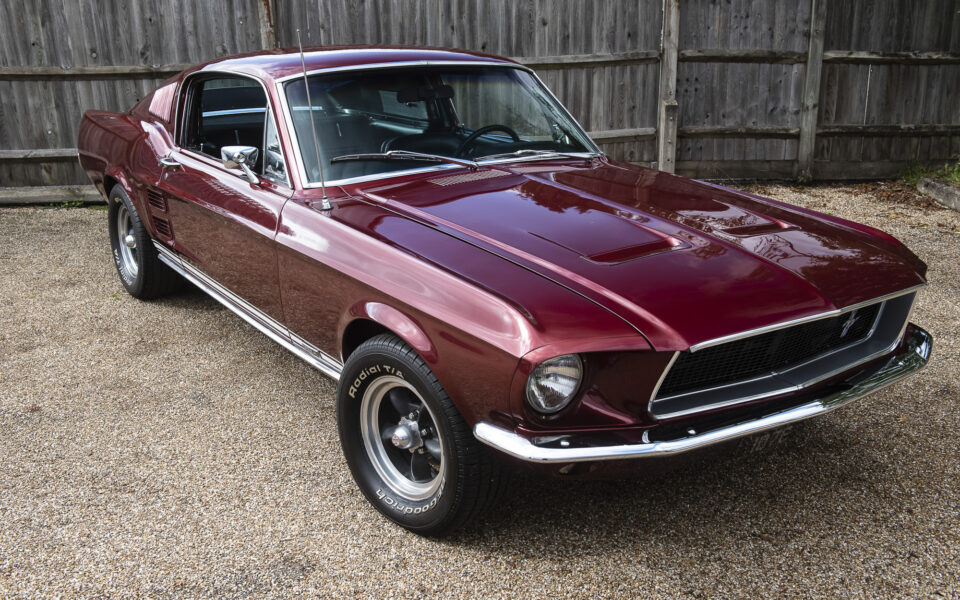 The 1967 Ford Mustang: Competition at Last

Due to the unprecedented success of the 1965 and 1966 Ford Mustang coupe, the other competing Manufacturers started to show their colours.

Chevrolet was about to introduce their Camaro, which become one of the all-time classic muscle cars. Others already launched were the Plymouth Barracuda, The Mercury Cougar, and the Pontiac Firebird.

This was the start of the true Muscle Car era. Ford looked at the offerings coming from their manufacturing competitors and decided to go with the trend of making the car bigger and faster. So, began the first major redesign of the original 1965 & ’66 car. They had to make it larger, so they could fit in a big block V8 engine. It’s widely considered, and we agree that this was the best classic mustang year which introduced the GT250 and established itself the king of the road!

Here are the differences between the 1966 and the 1967 exterior and interior dimensions.

Please note that for our taller and larger clients, leg room and the headroom can be modified significantly within our Classic Car Factory to extend the seat runners or lower the seats or different steering options also help.

Body style changes were also made from the ’66 to the ’67, here are a few of the more obvious changes, so that you can tell the difference at a glance.

The engine sizes remained with a couple of exceptions the 289 Hi-Po was discontinued other than in the GT model and replaced with the big block 390 A 6400CC engine V8 known as the S code. This engine was capable of 0-60 in 7.5 seconds and you can imagine what it must have sounded like! Just over 28,800 cars had this bigger V8 engine fitted in 1967. The top speed of the Ford Mustang fastback was 115 mph.

Interior differences were very similar to the earlier ford classic Mustang cars. The biggest update was to the instrument cluster, the five gauges were enlarged in the Mustang dash, which made it much easier to read. The options list was still as large as before, including a dash kit, air-cooled, dual clutch and more Mustang colours to choose from, including Oxford White and yes lime gold. A few new exciting ideas were also provided by Ford too, yes you guessed it, they wanted you to spend more of your hard earned money.

No changes were made regarding manual transmission or automatic transmission. The pony embossed bucket seats were discontinued and replaced with additional interior trim and special edition Mustang colour options, with the ability to opt out of the wood finishes and get brushed aluminium instead of the glove box cover and the gauge surround. Many of the new model changes were showcased at the Detroit Auto Show, including the bigger Shelby GT350 and iconic 1967 Ford Mustang fastback.

The production figures were still down on the 1965 Ford Mustang but still very impressive in light of the new competition around.

Sales for the 1967 Ford Mustang are as follows:

Fibreglass was used for the bonnet back panel to reduce weight and other areas to keep that weight down and performance up. Soon after this, due to financial problems, Ford took over the development of the Shelby cars. This is a very brief review of the Shelby Mustangs as whole books have been written on the subject. But as it was an important part of the Mustang history it had to be mentioned.

1967 Ford Mustang in the Movies

The second most famous Shelby American Mustang to be a Movie Star is a 1967 modified Ford Shelby GT500 called “Eleanor” in the Film called “Gone in 60 seconds”. It also stars Nicholas Cage who is a car thief. All filmed around Los Angeles and Long Beach California. I do not wish to spoil the plot, but it must be viewed if you are interested in Classic Mustangs.

The car chase is amazing!

“Fast and Furious Tokyo Drift” is the third instalment of the franchise and features a 1967 Fastback in highland green. This car has been severally upgraded but even, so it takes on all the Japanese GTRs. These Movies are not made just made for older guys it shows that these Classic Mustangs are loved over every age group and whether you are ten years old or 90, people understand the Mustang Magic! So when a client asks me about the future prices of the classic Mustangs, I happily tell them there is only one way they will go!!

Here are a few famous owners of the 1967 Ford Mustang: