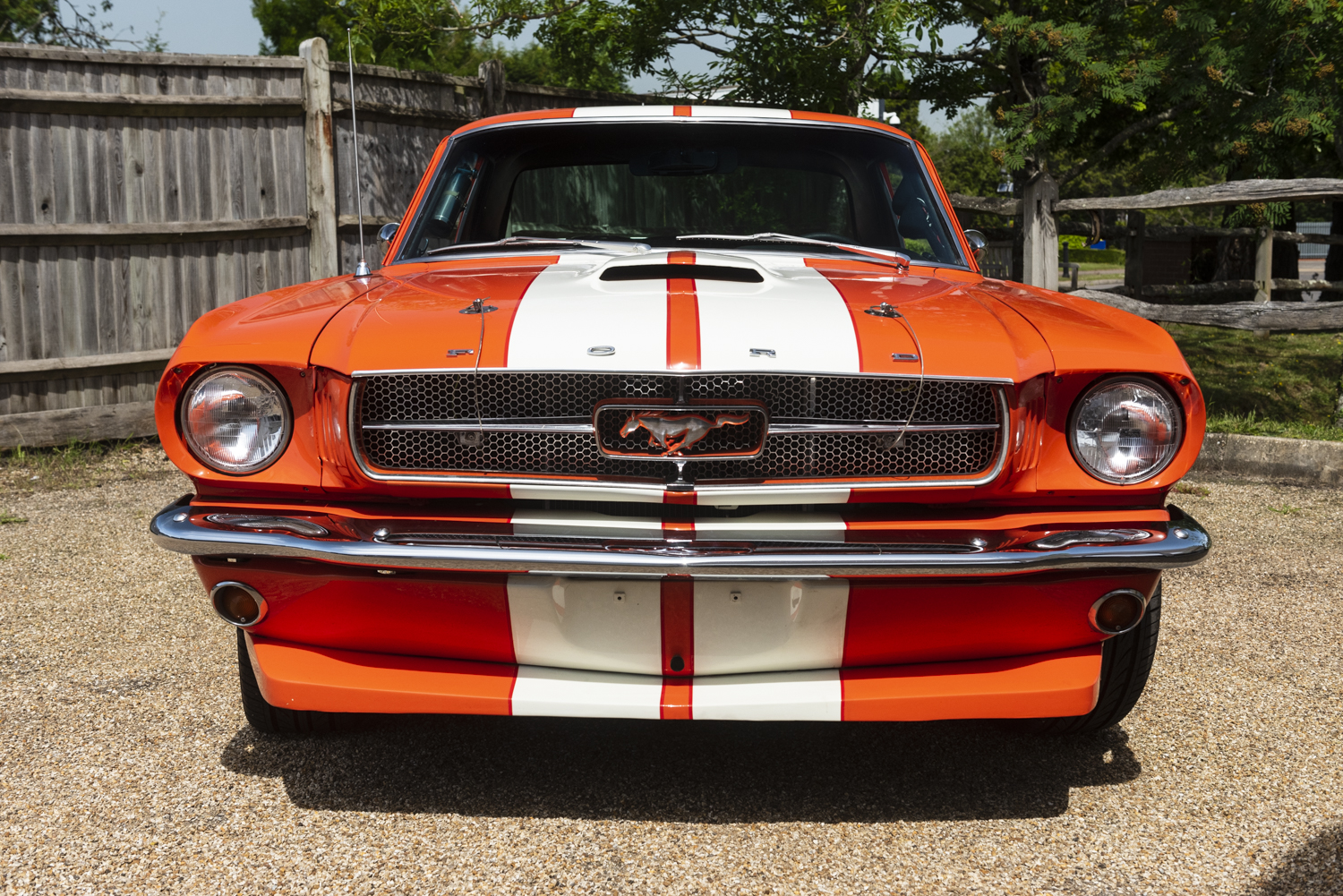 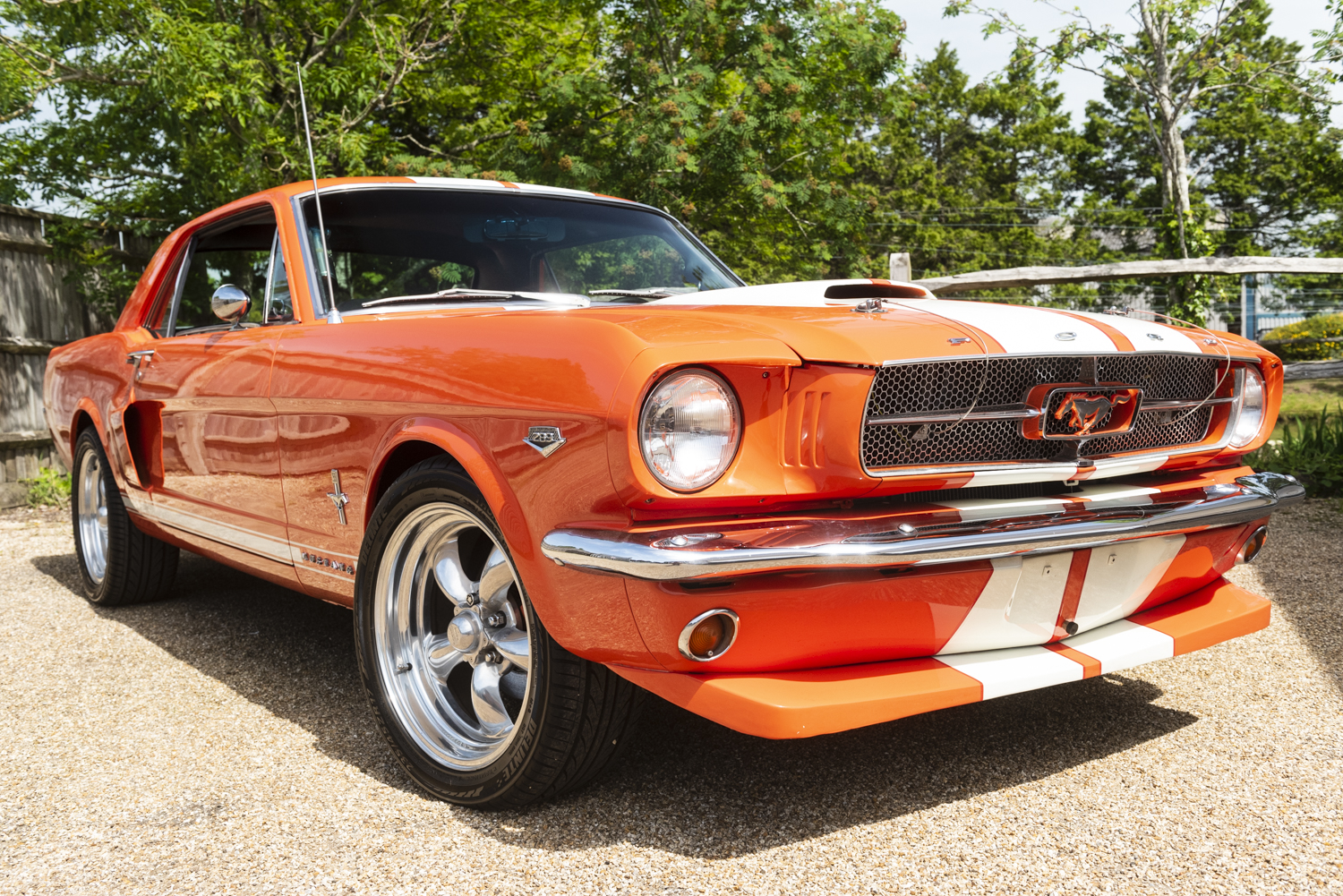 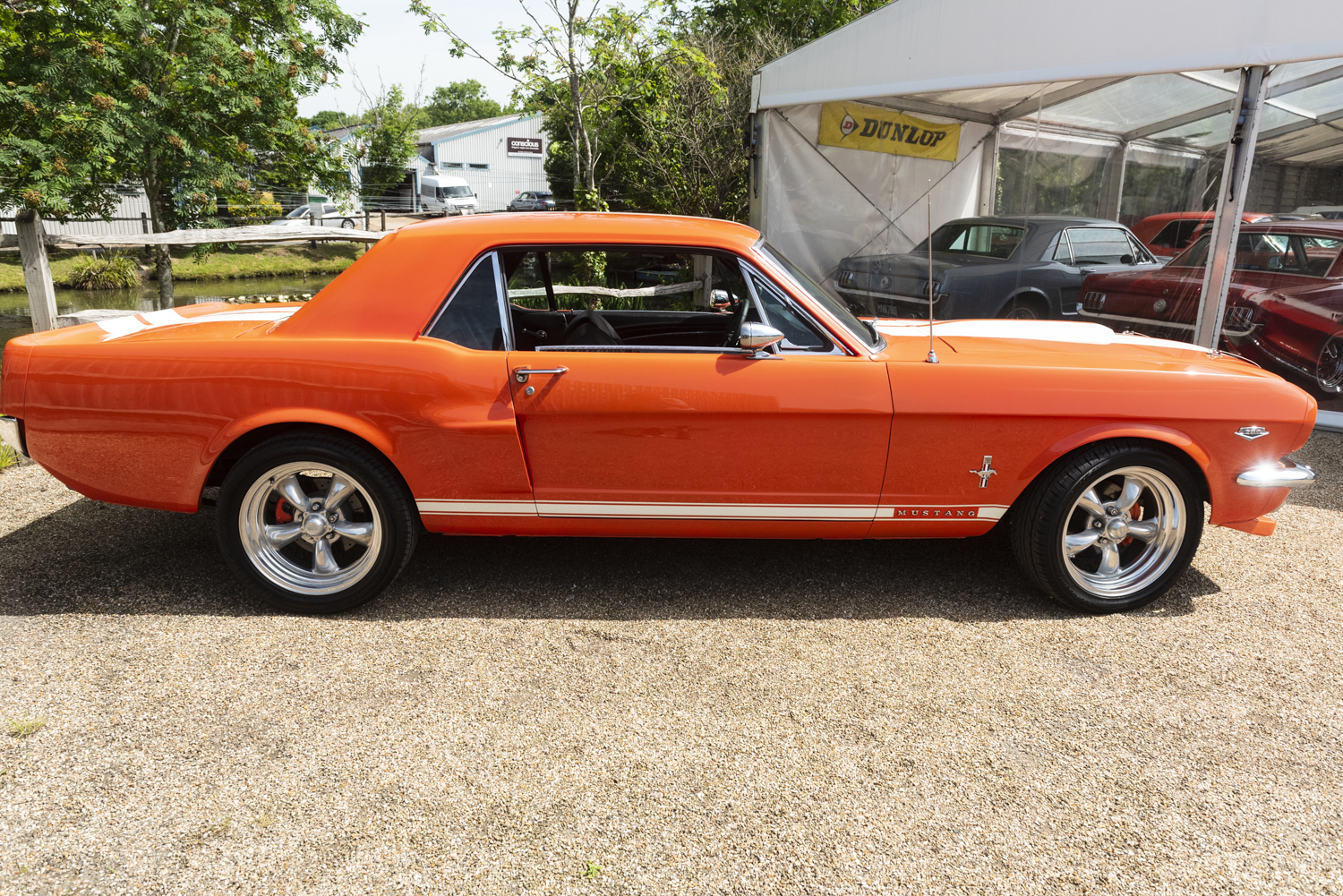 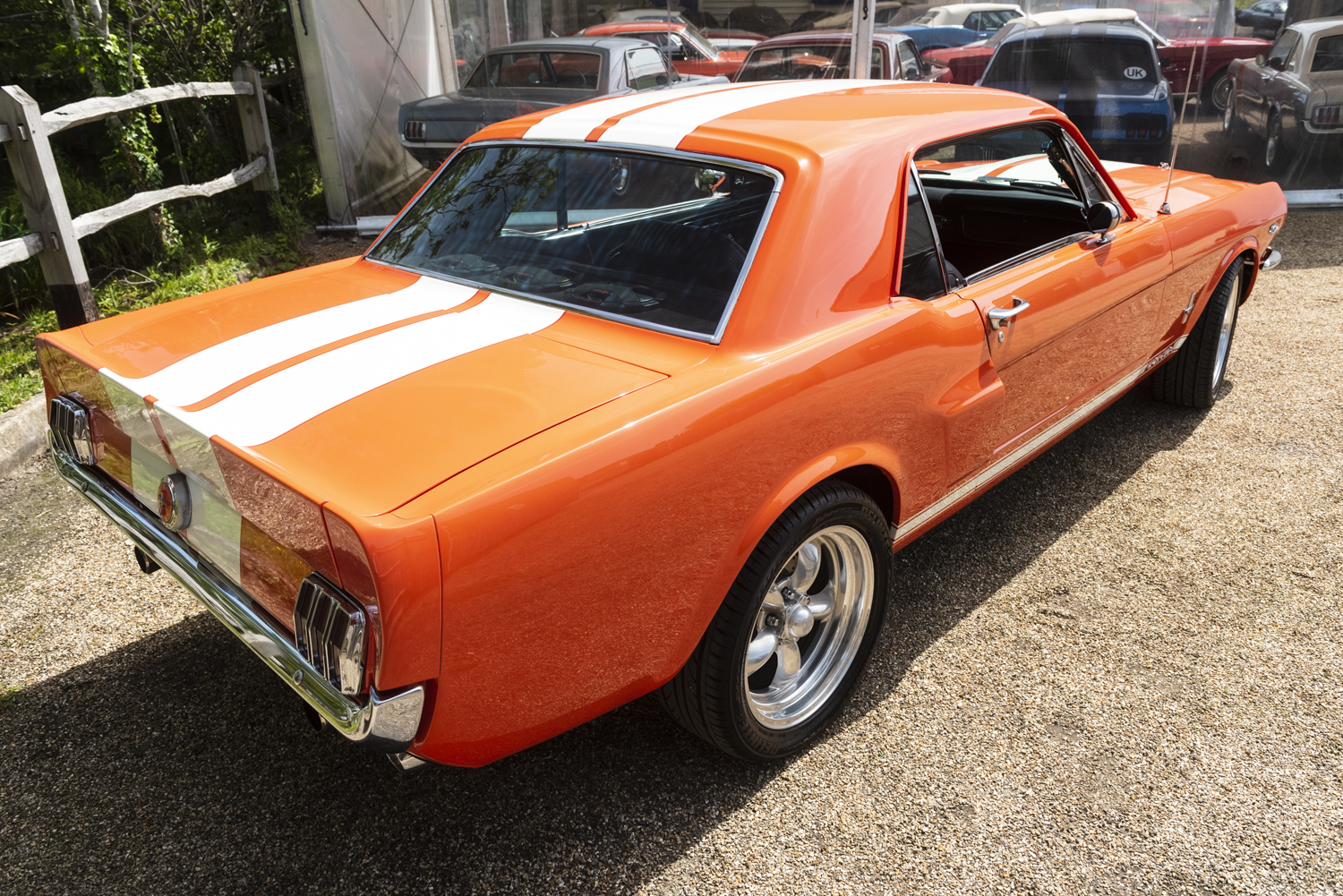 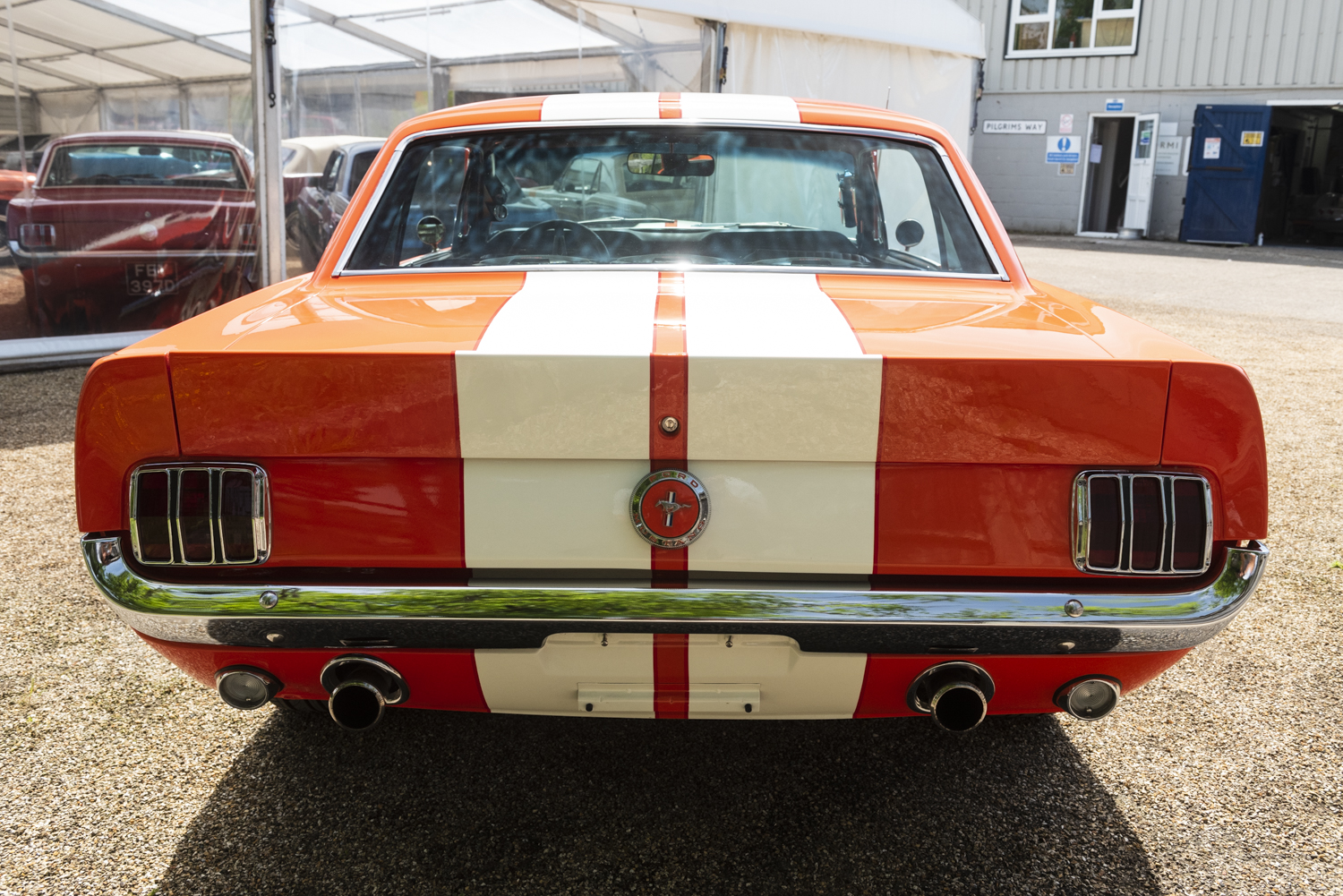 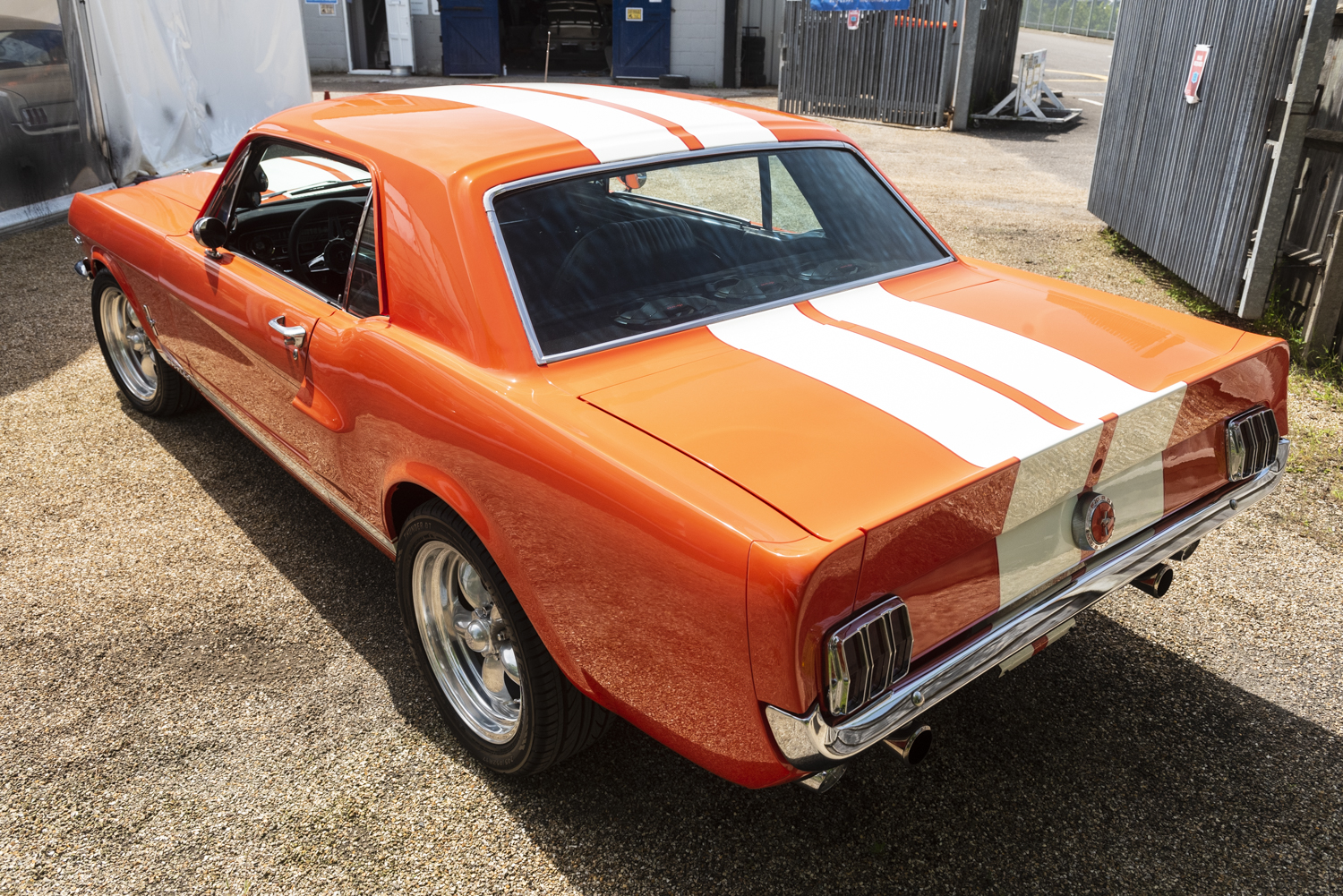 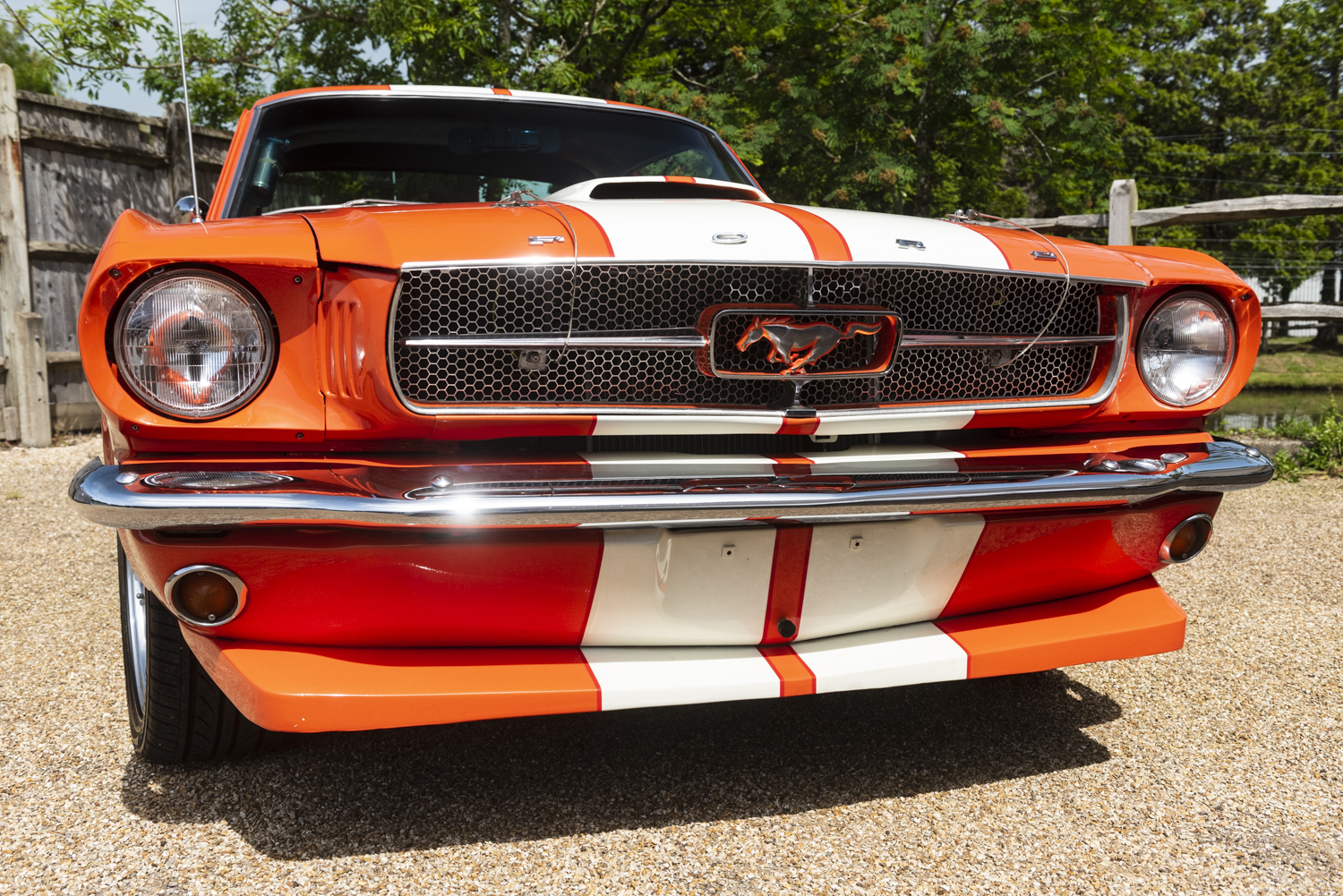 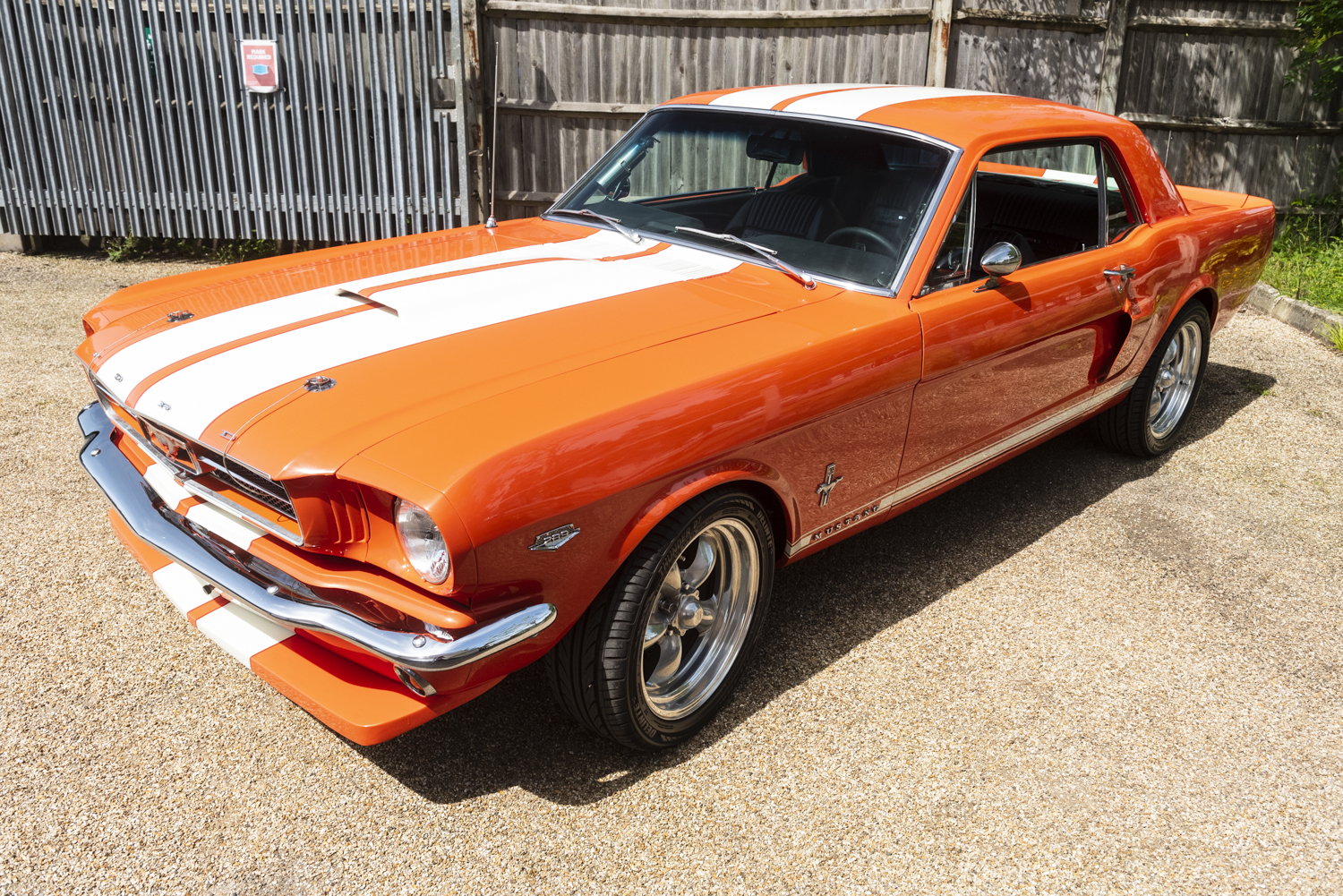 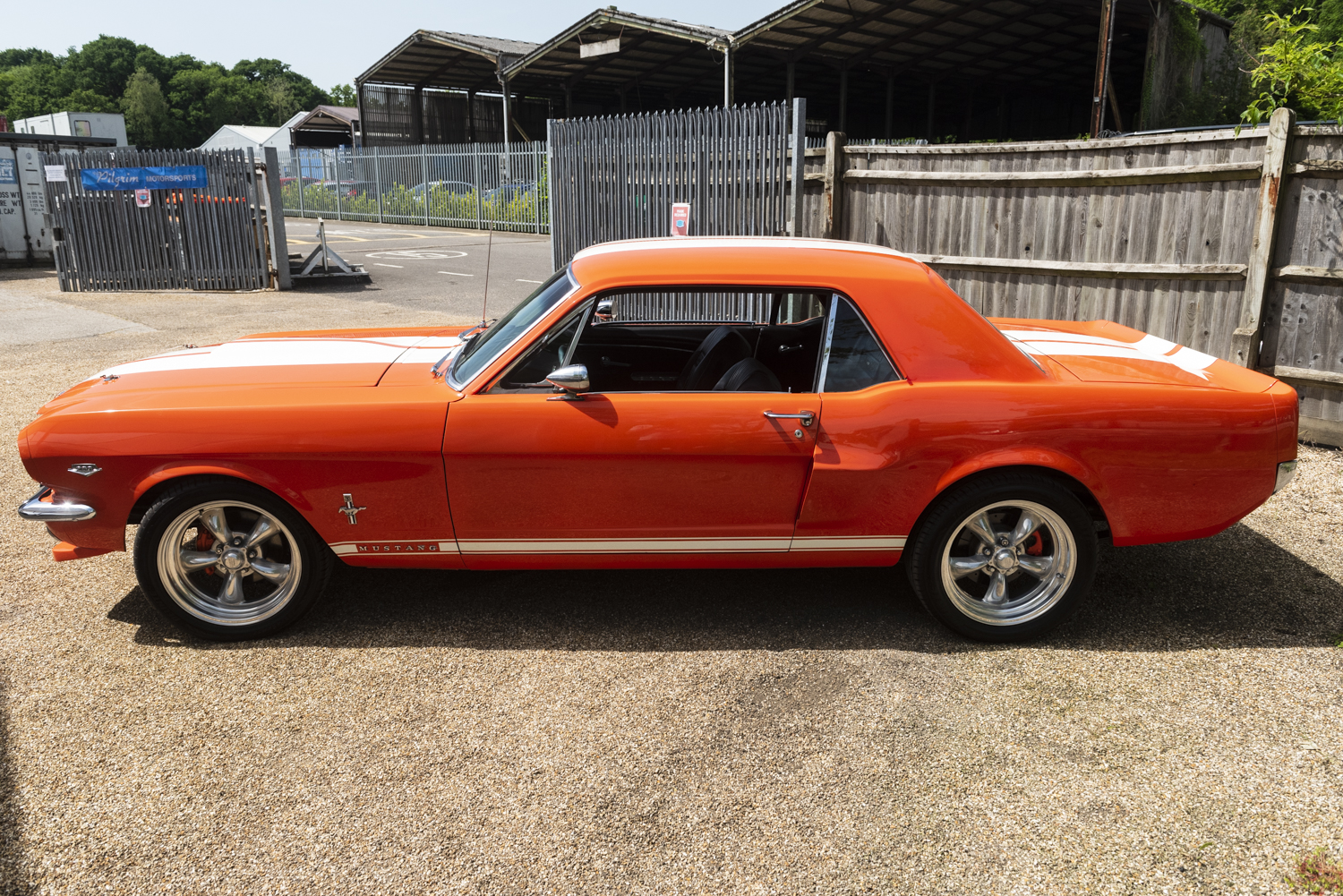 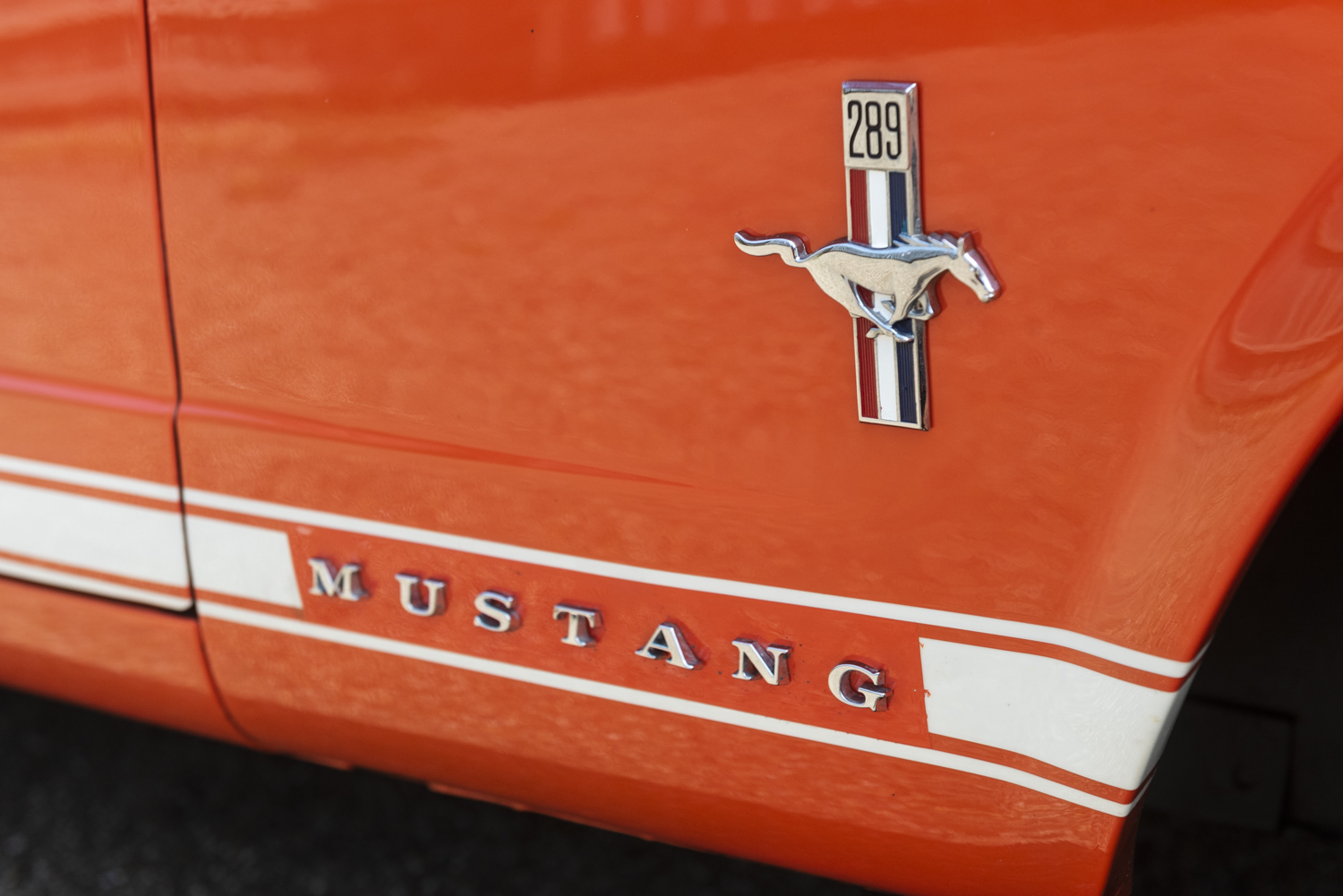 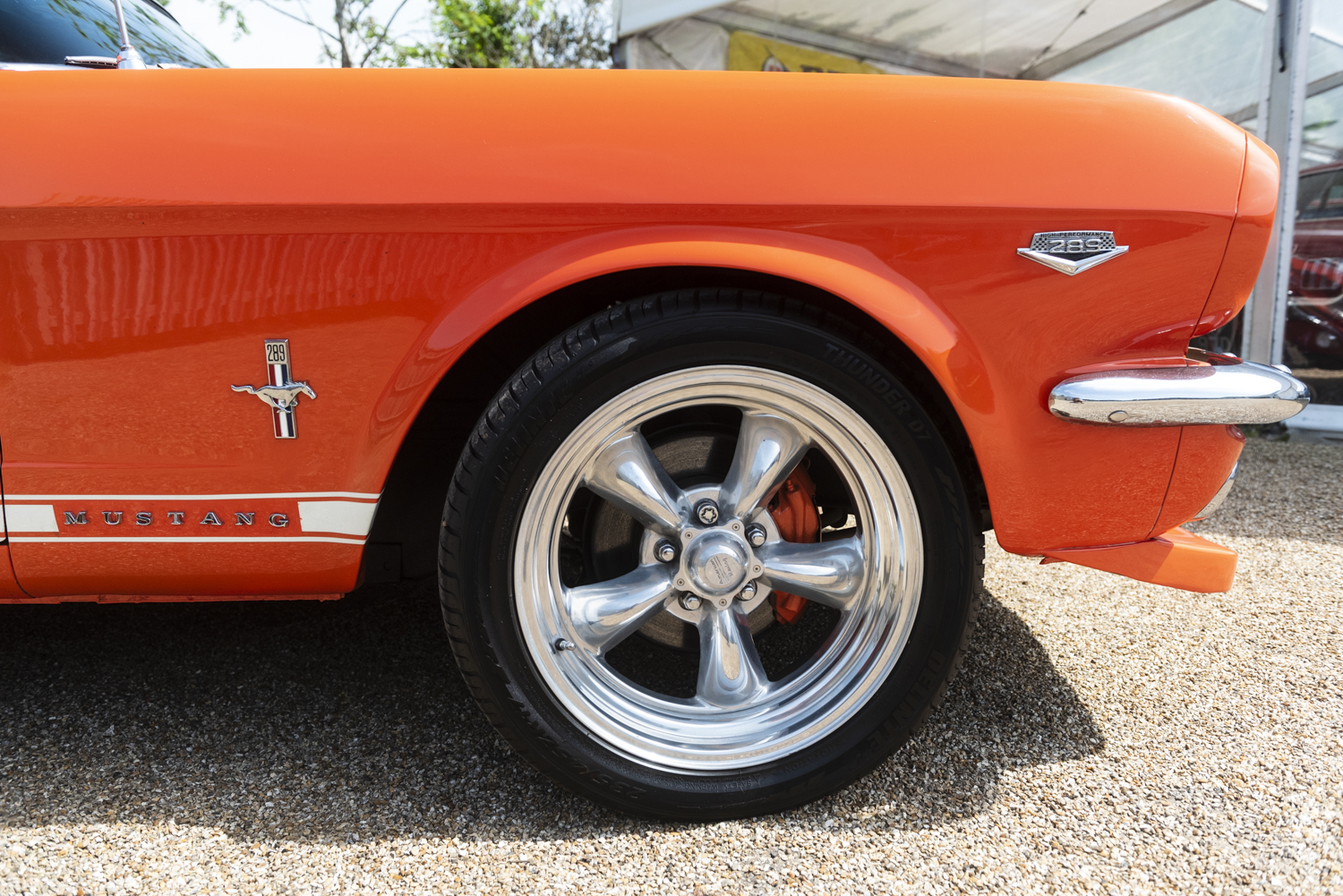 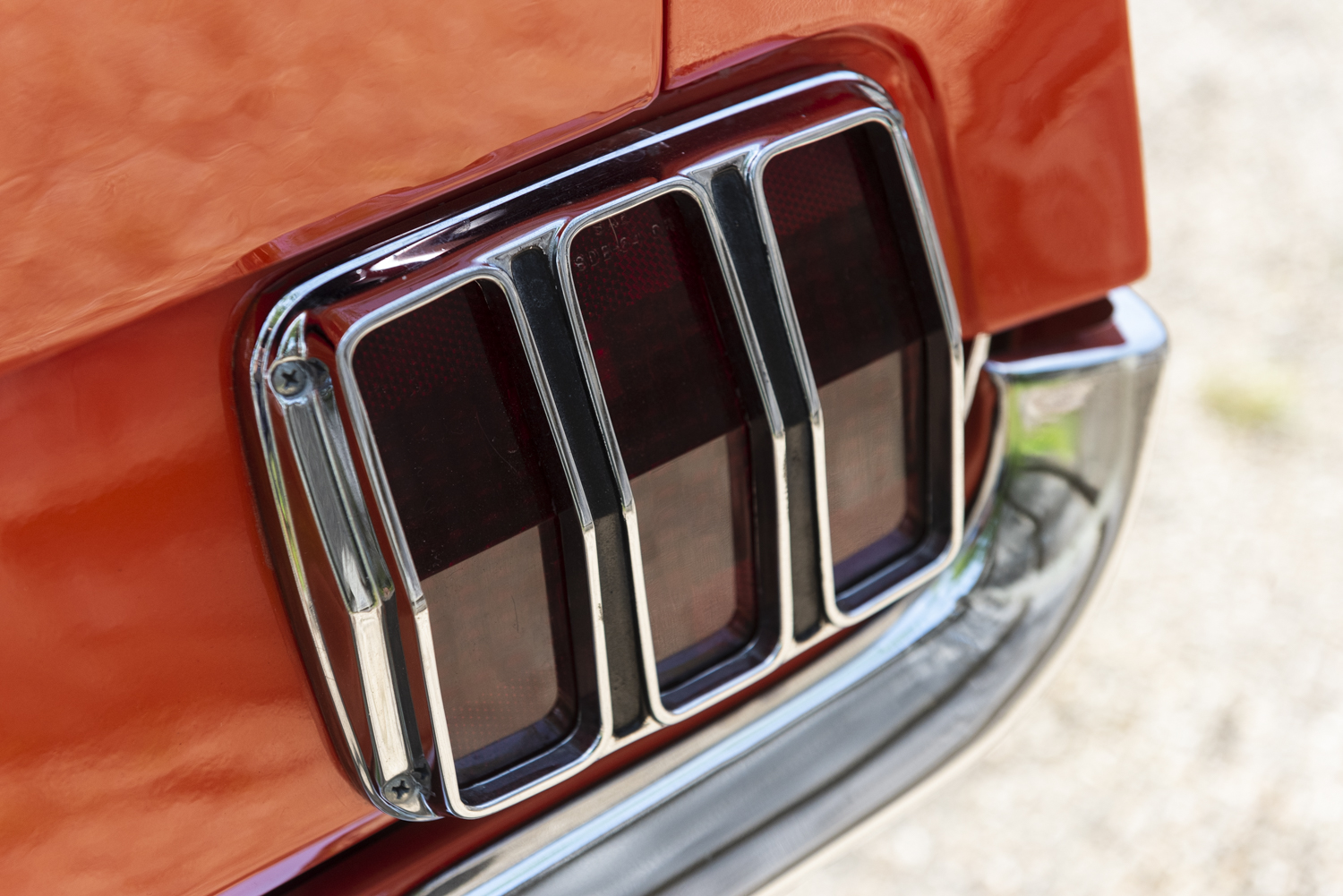 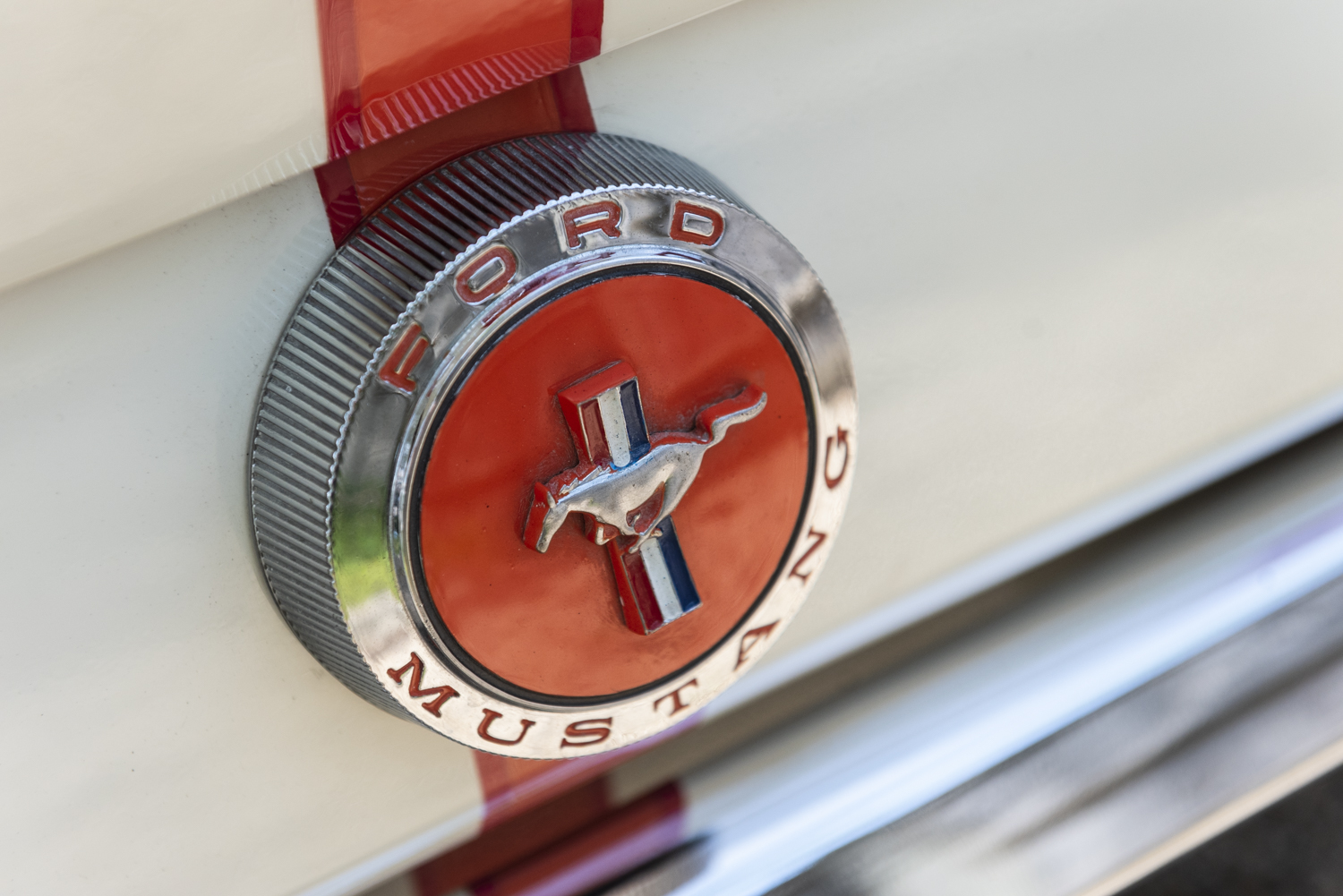 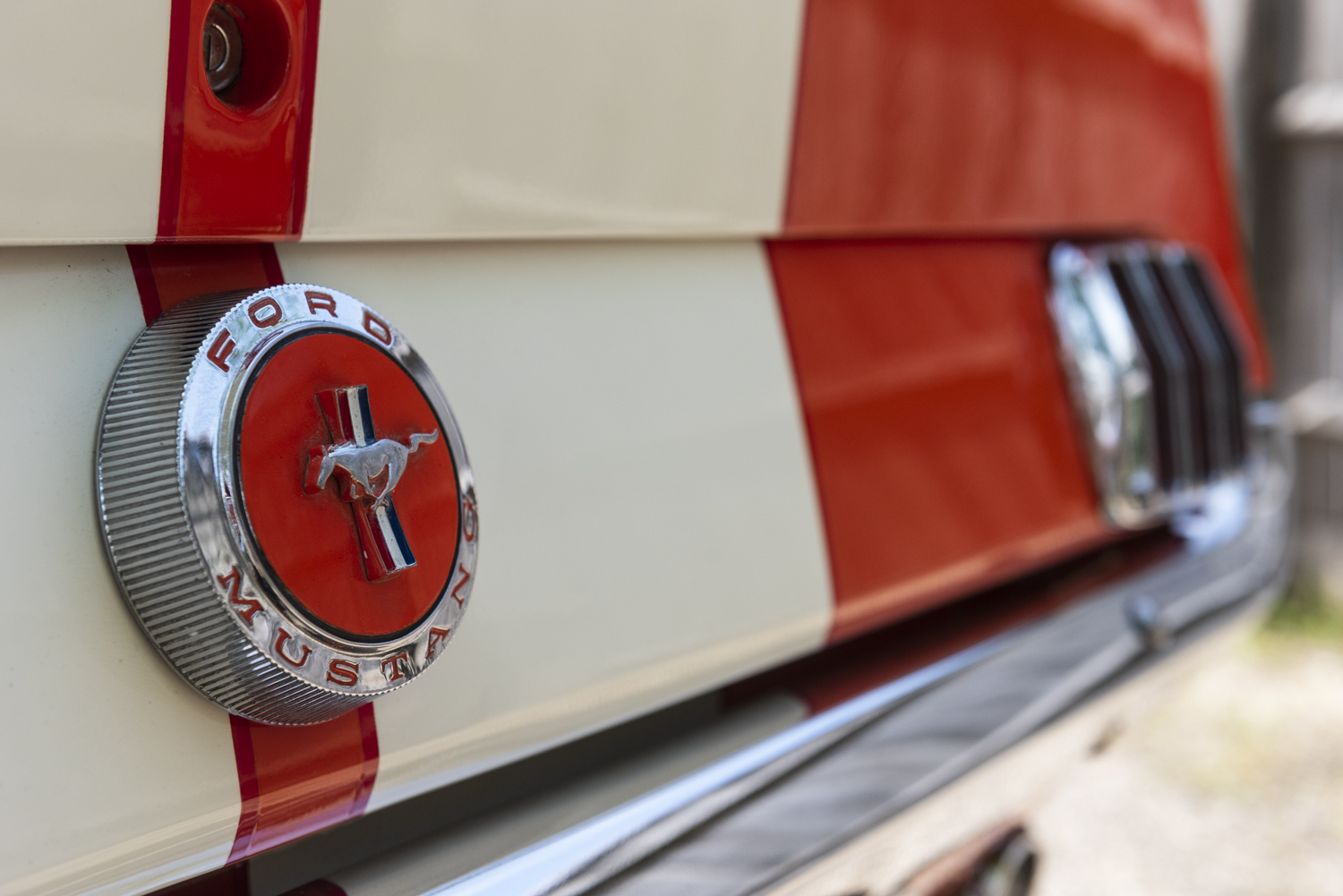 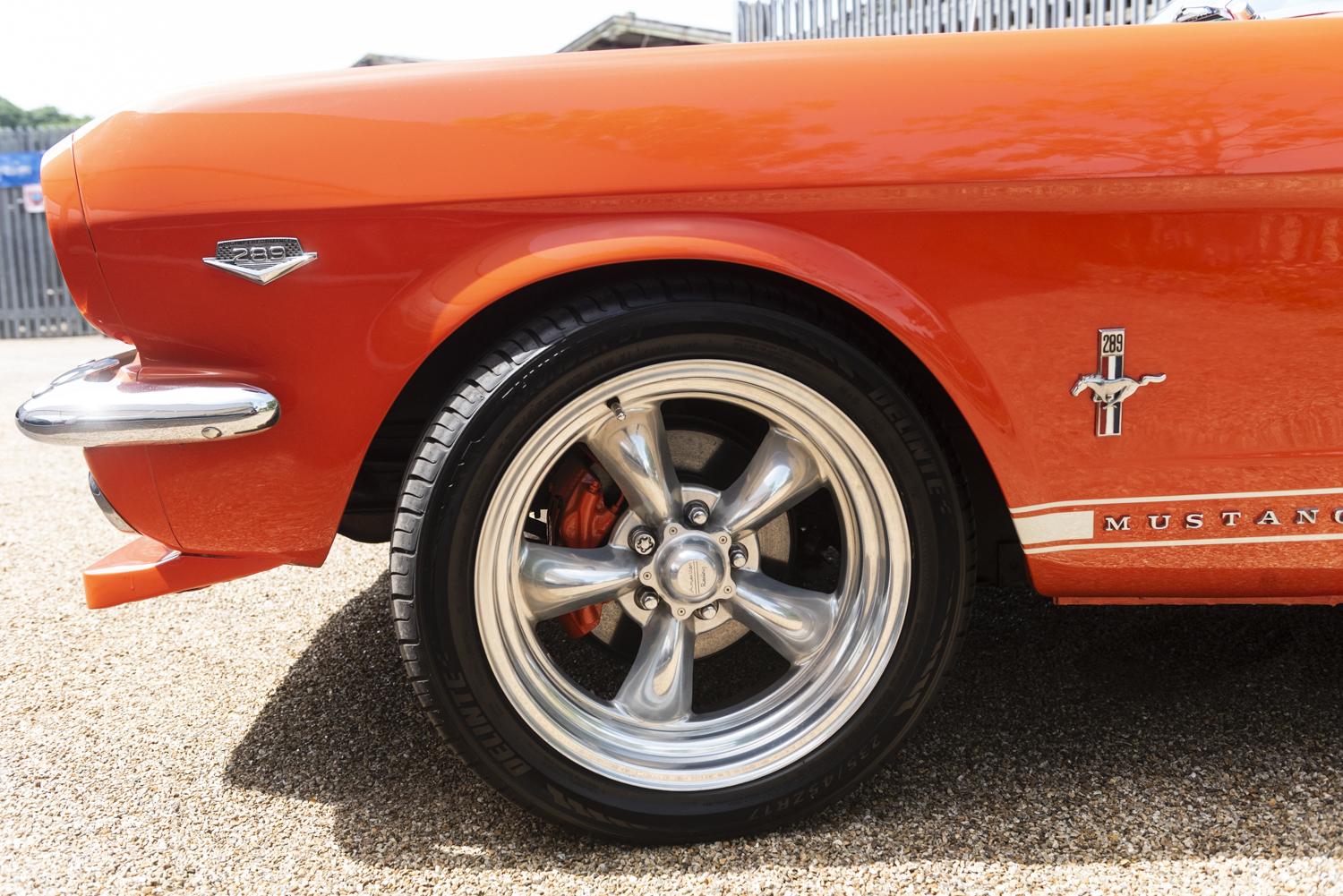 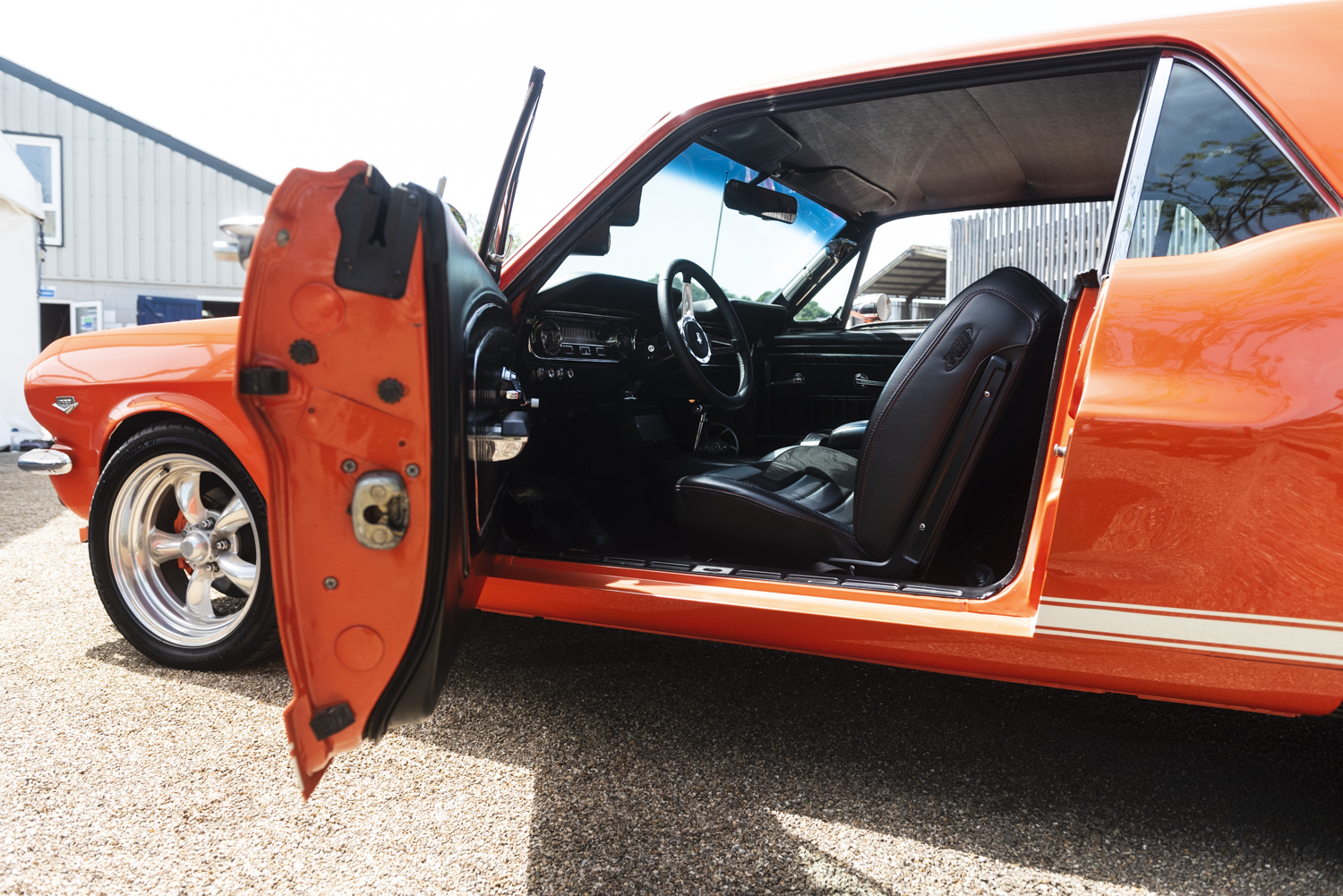 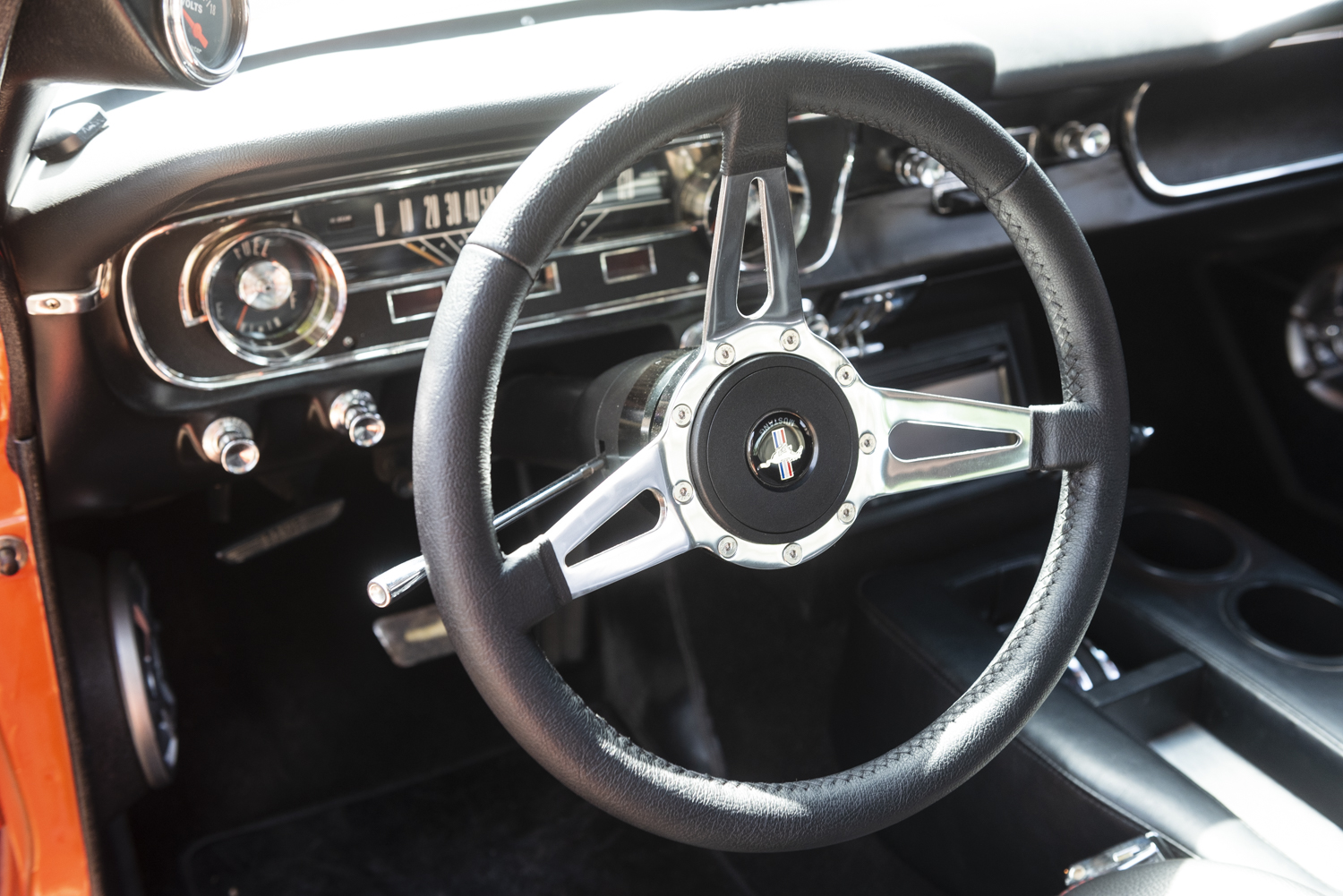 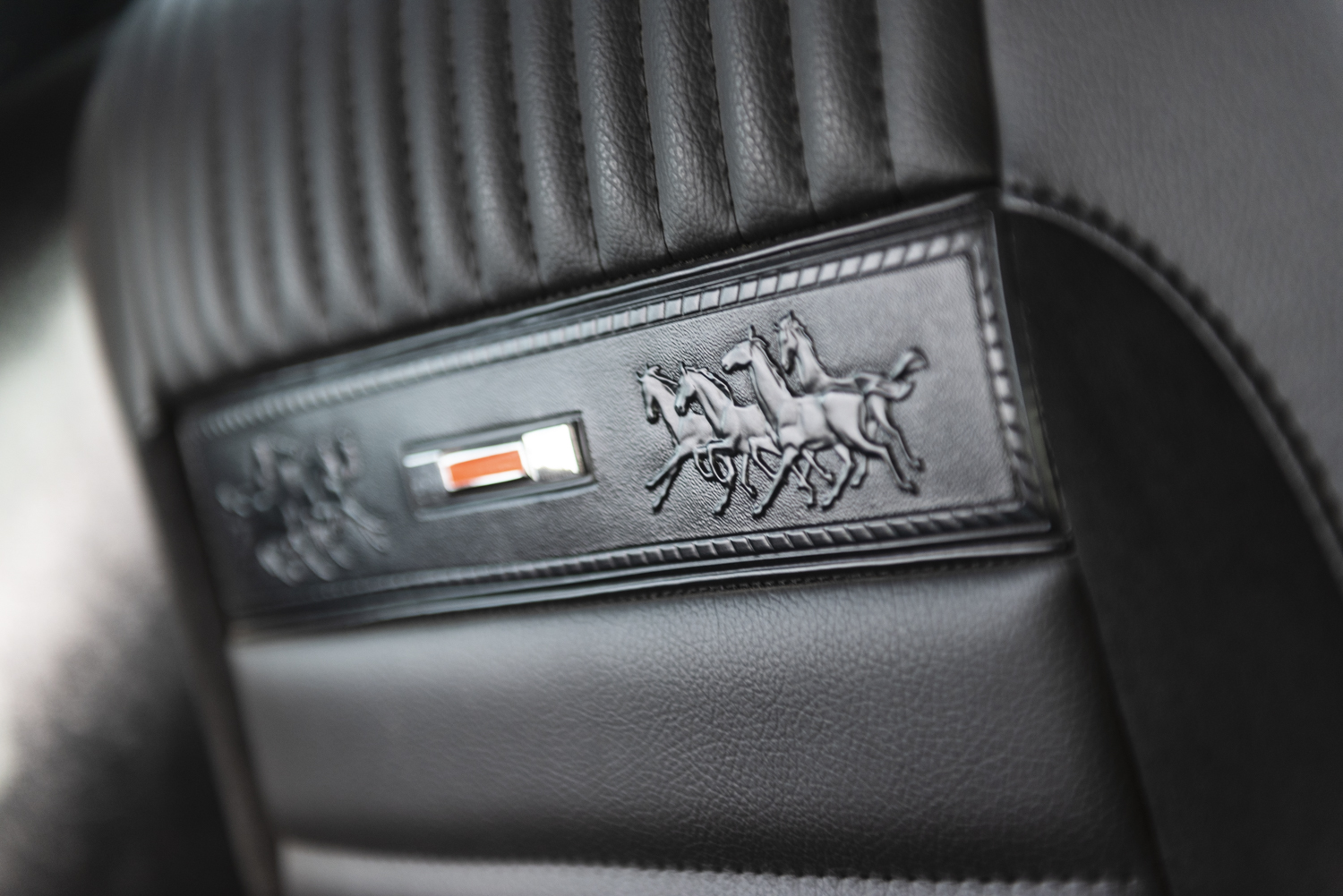 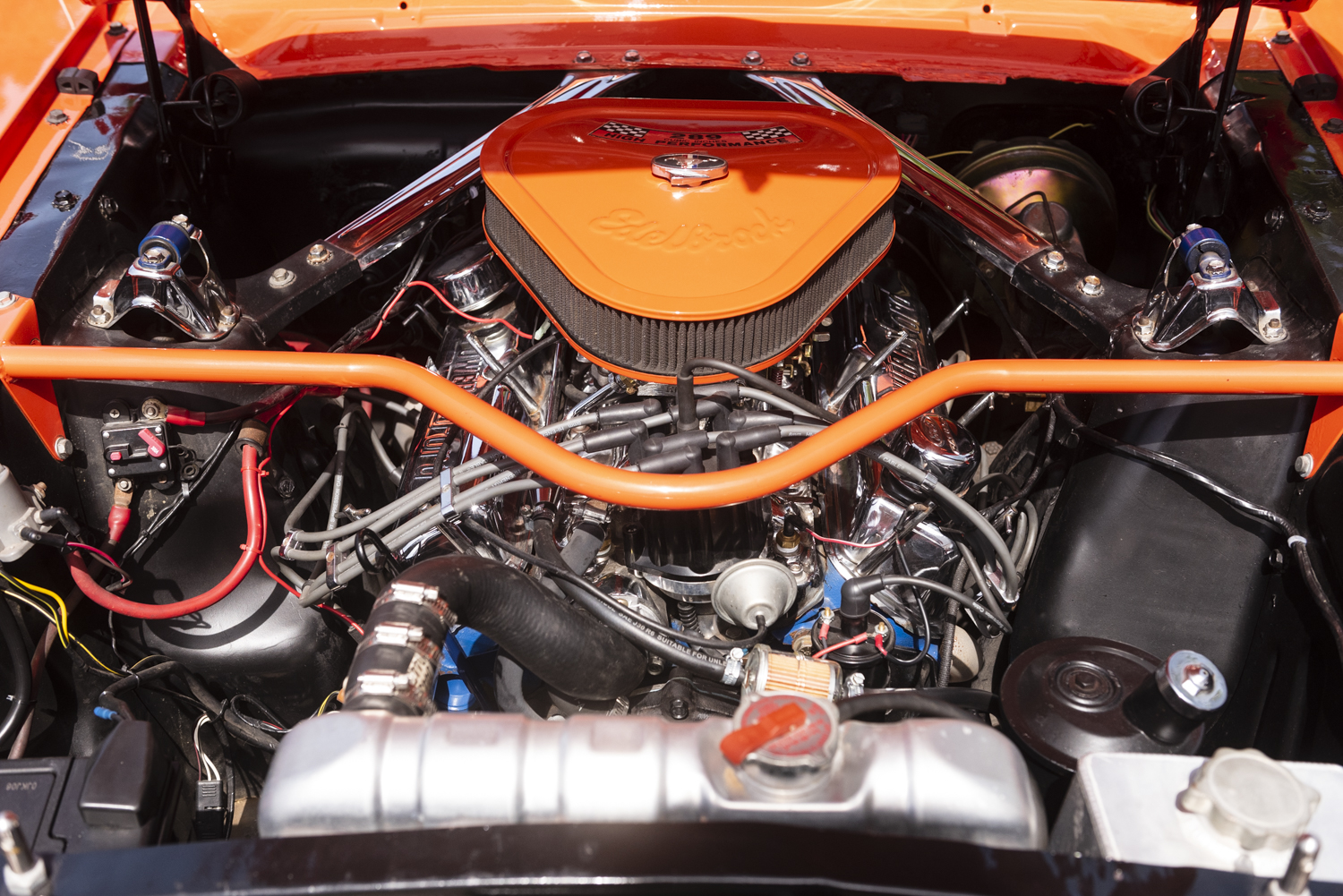 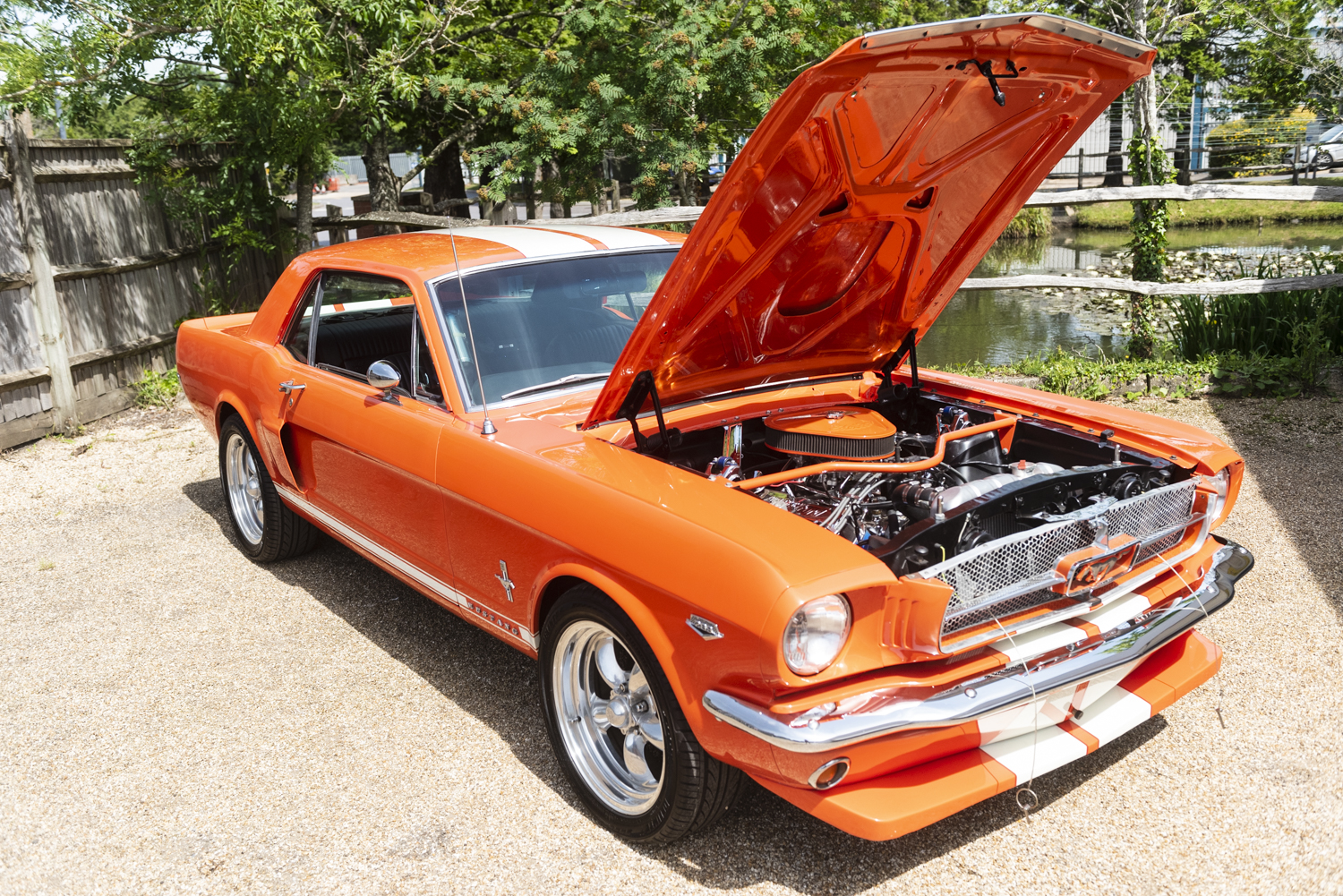 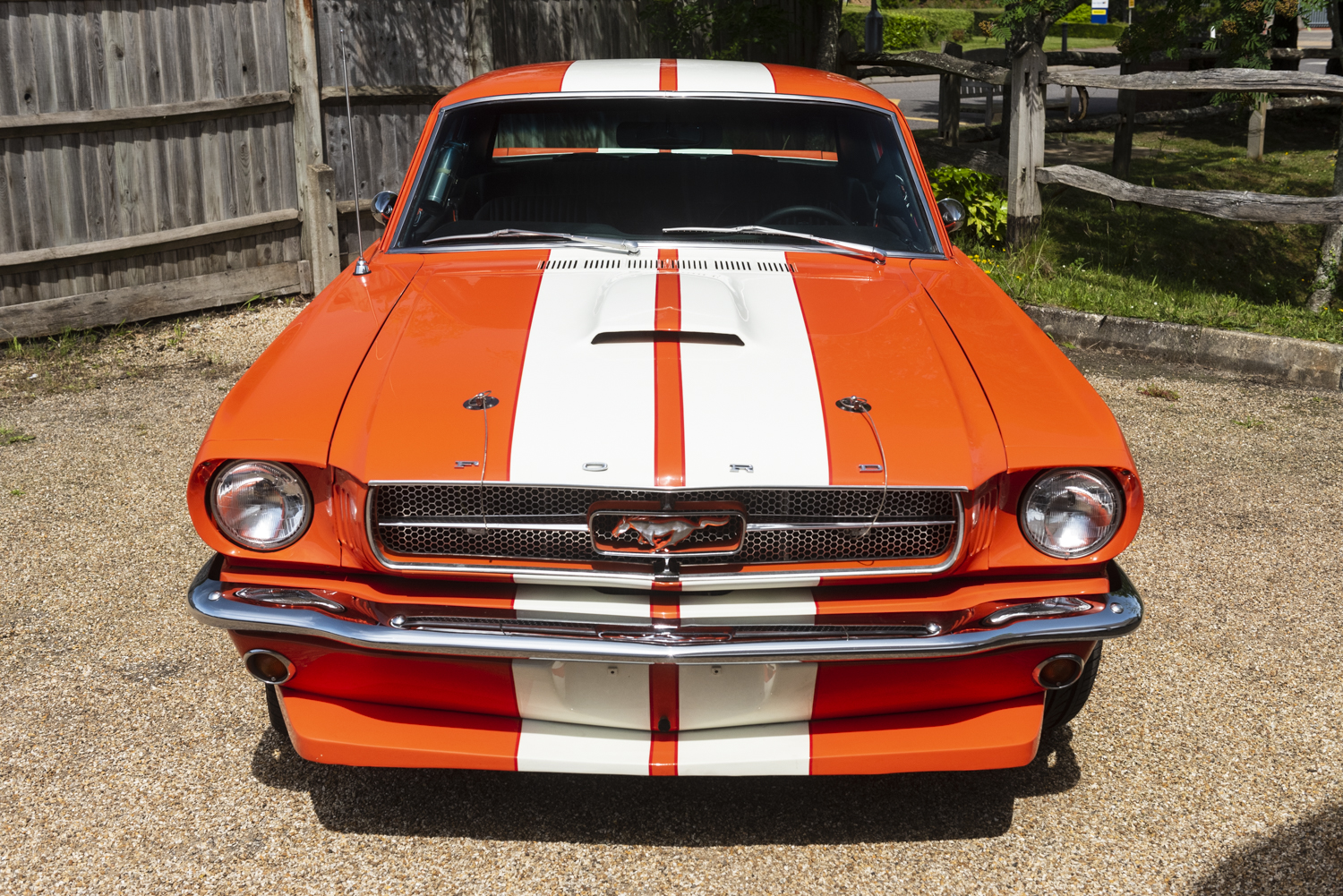 Whilst traveling down to Long Beach to visit our shipping agent this exceptional Restomod Muscle Car popped up on a local Classic Mustang enthusiasts site, so we made arrangements to view the car later that day.
It proved to be less than 15 miles from the shippers and in the hands of a tremendously nice guy Jose who had lovingly built the car over a seven year period.
Jose explained that he is something of a Mustang specialist and looks after his local club members from an expansive workshop built alongside his most unusual “Rotunda” style home. This is in addition to being the senior body man at a large restoration shop in Costa Mesa CA.
We confirmed from our inspection that Jose had indeed started with a really good, solid and original R Code San Jose built Californian car which he had gradually transformed into the stunning show quality car you see today.
Very sensibly he retained many of the receipts for the parts used including the new V8 short block and the file is present with the car.
Jose is a master painter and this can clearly be seen from the finish that he has achieved on this beauty. The Shelby stripes which are edged in a red pinstripe are fully lacquered and the panels are superbly straight with exceptionally even panel gaps.

How many cars we have looked at over the years which have looked great until the boot lid is opened, so much so that our check over usually starts in this critical area as it immediately reveals how the car probably looked before the restoration began.
However this Muscle Car has had the same attention to detail applied in this area, with accurately made panels to the internal quarters with hinged access doors, fully carpeted and trimmed throughout including the custom made speaker box.
Both undersides of the Boot Lid and Bonnet are finished as well as the body and it is so nice to find gas struts supporting the Spoiler clad boot lid perfectly.
Overall this is a superbly presented and visually stunning Classic Mustang Muscle Car, but how does it perform on the road?
This is often the point at which we can be very disappointed and where so many stunning looking builds simply just do not perform properly even though they may have the best components listed in the build sheet.
But Jose has nailed it with this Mustang, it starts instantly, revs quickly & smoothly developing very healthy power which is delivered with smooth up and down shifts. The accompanying exhaust note is glorious, the power disc brakes give modern braking performance and the power steering allows for easy parking and accurate positive handling, largely due to all new components both front and rear, which have been properly installed and aligned. This is the key throughout this build and what makes this such a great car.

Viewing strictly by appointment as the car is in transit from the USA currently.