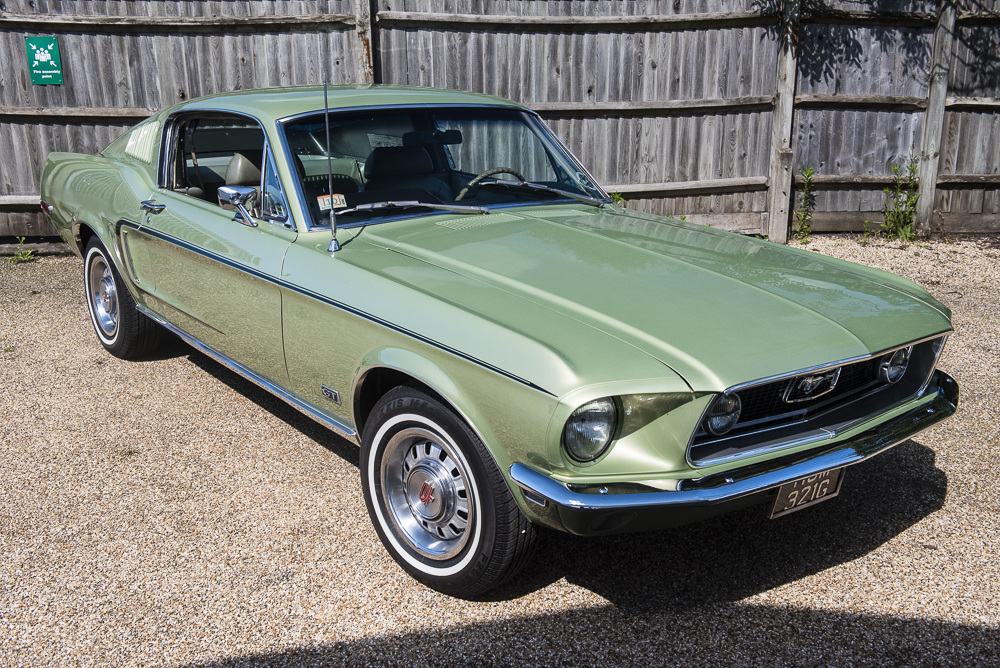 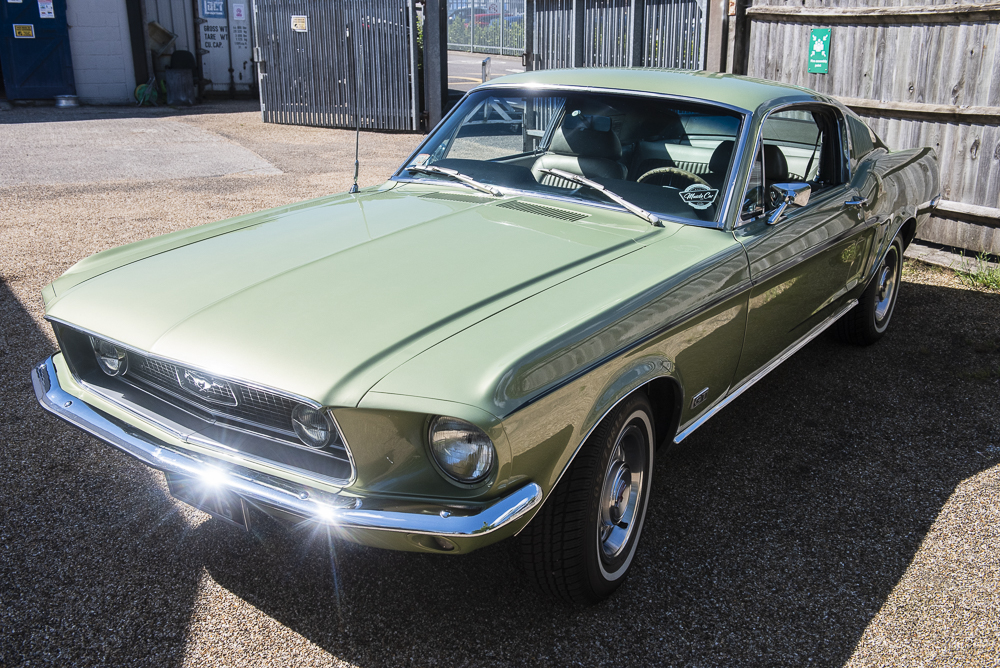 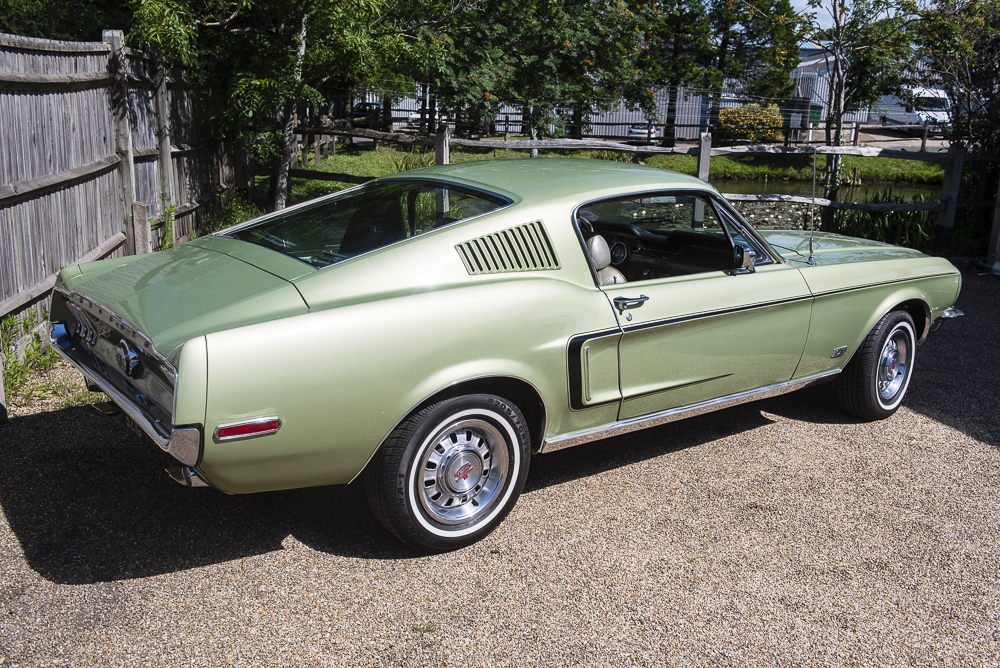 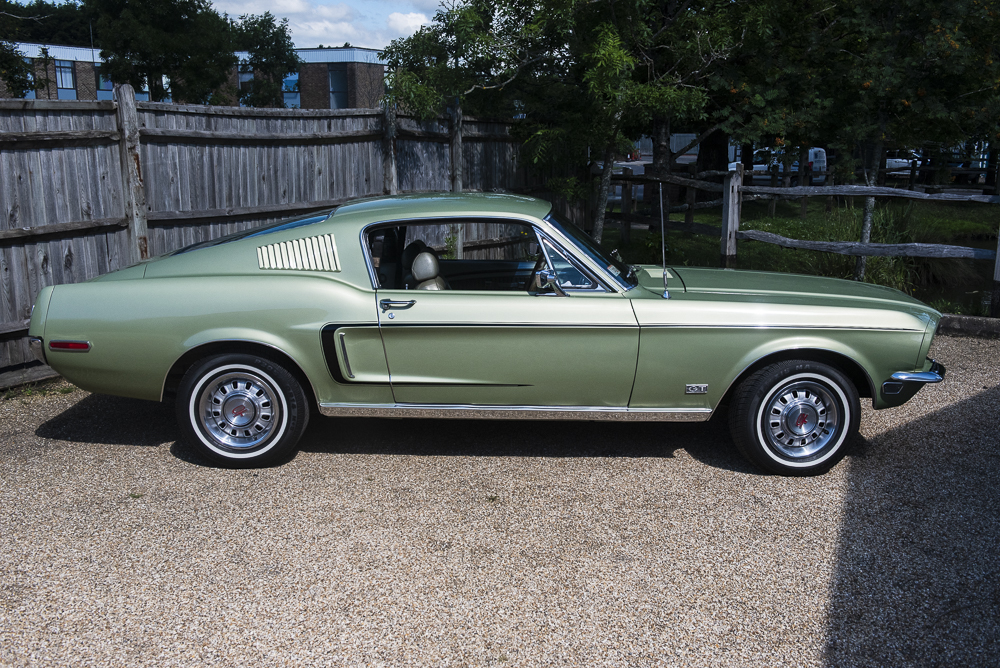 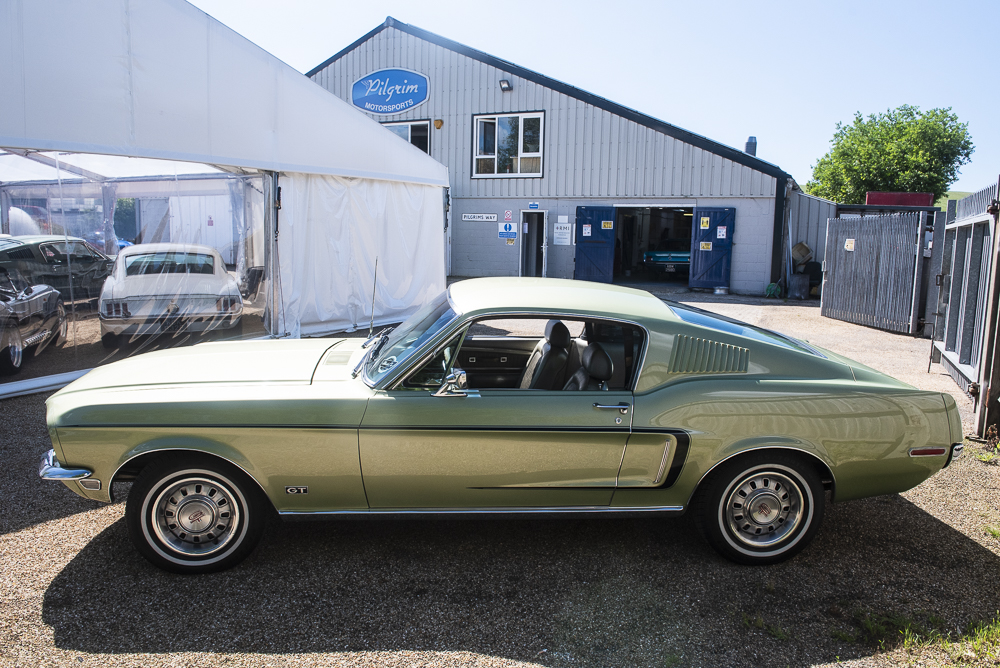 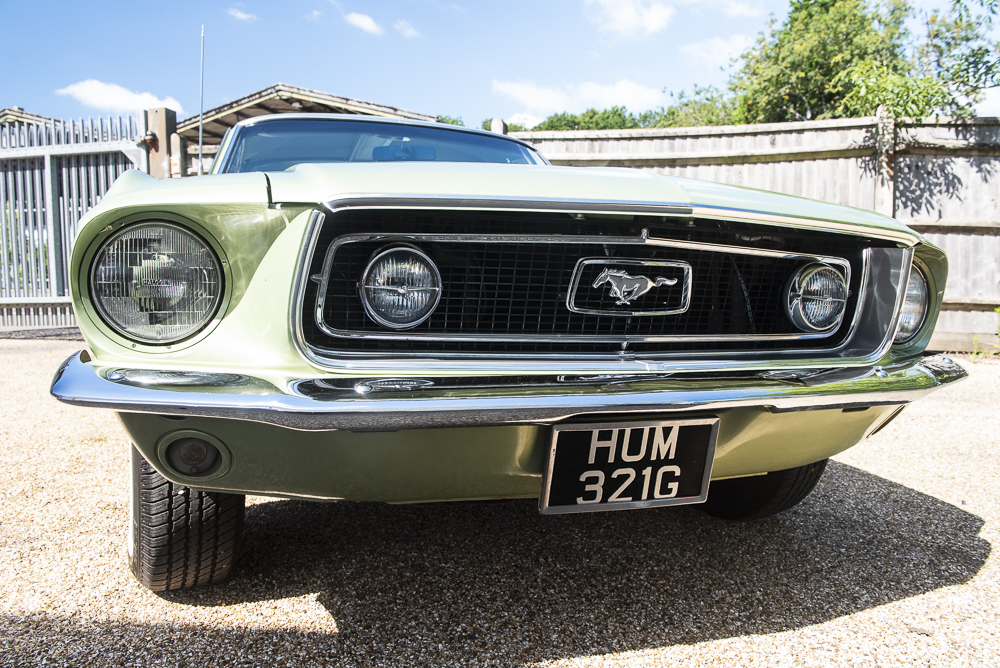 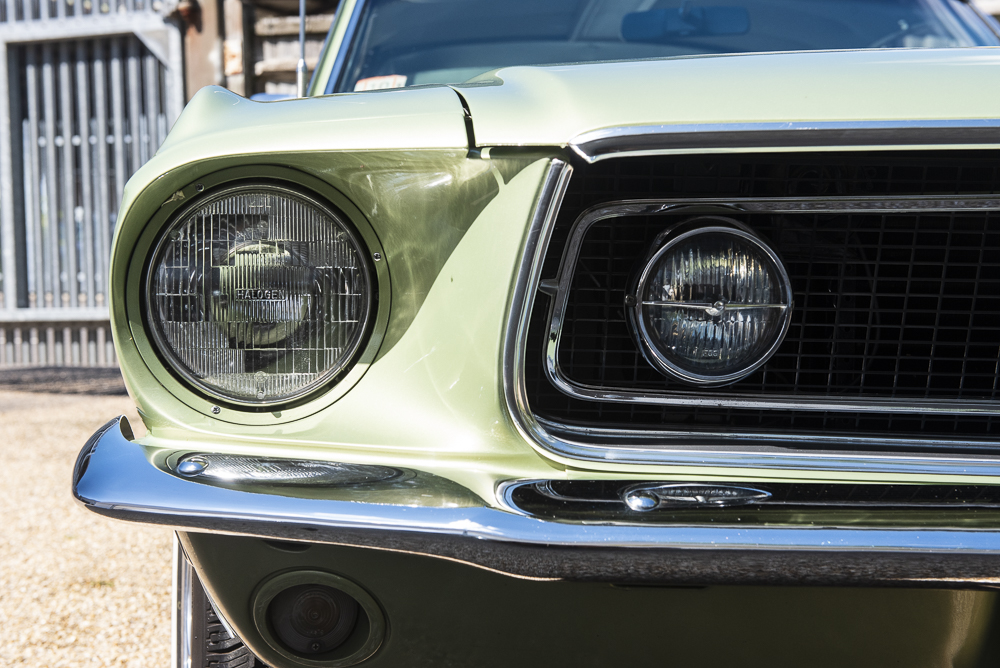 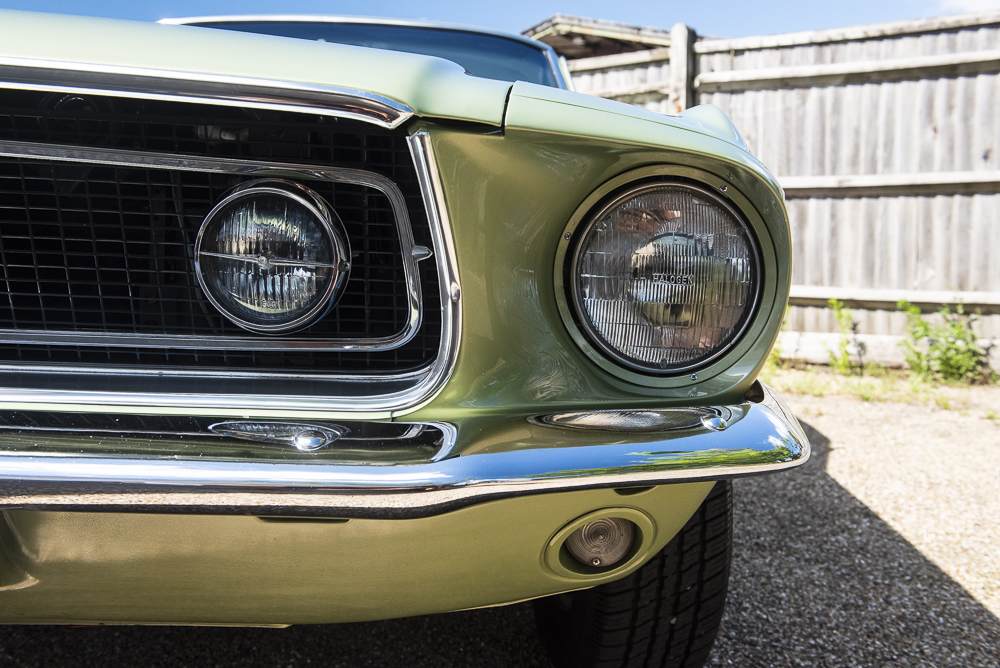 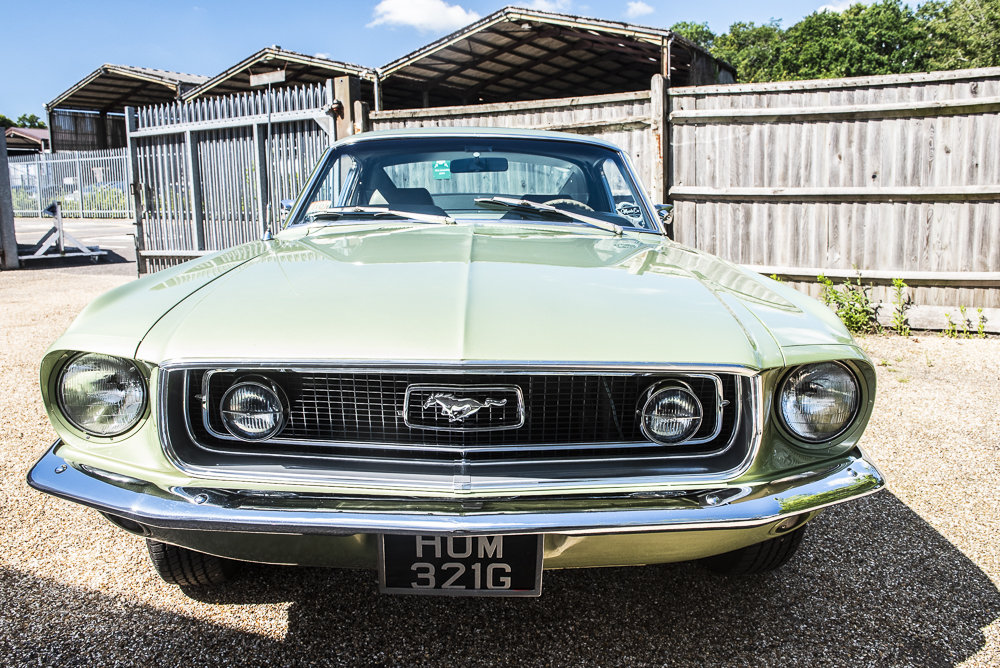 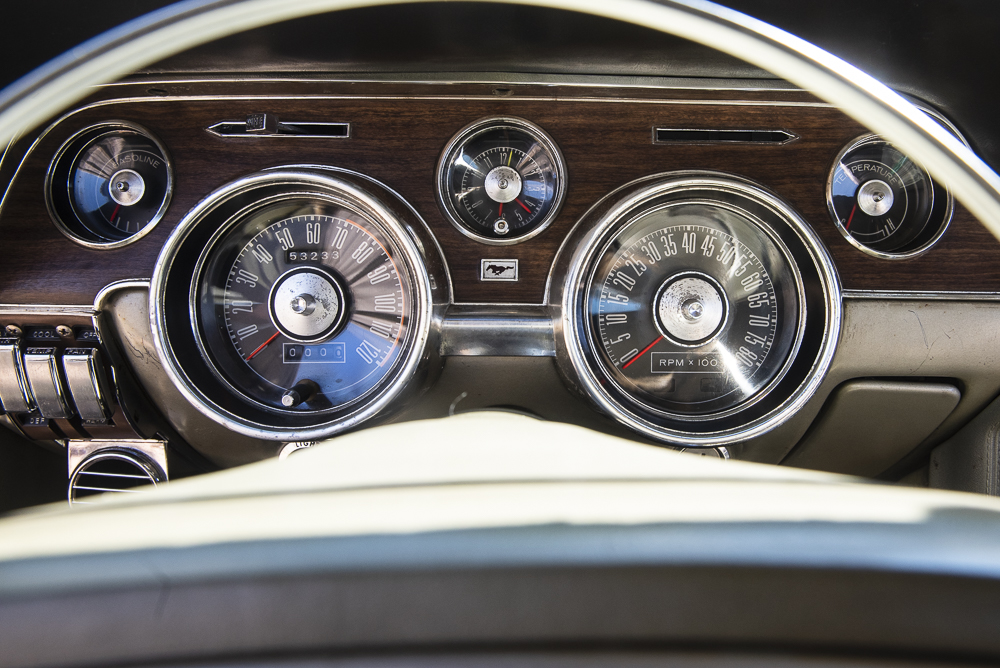 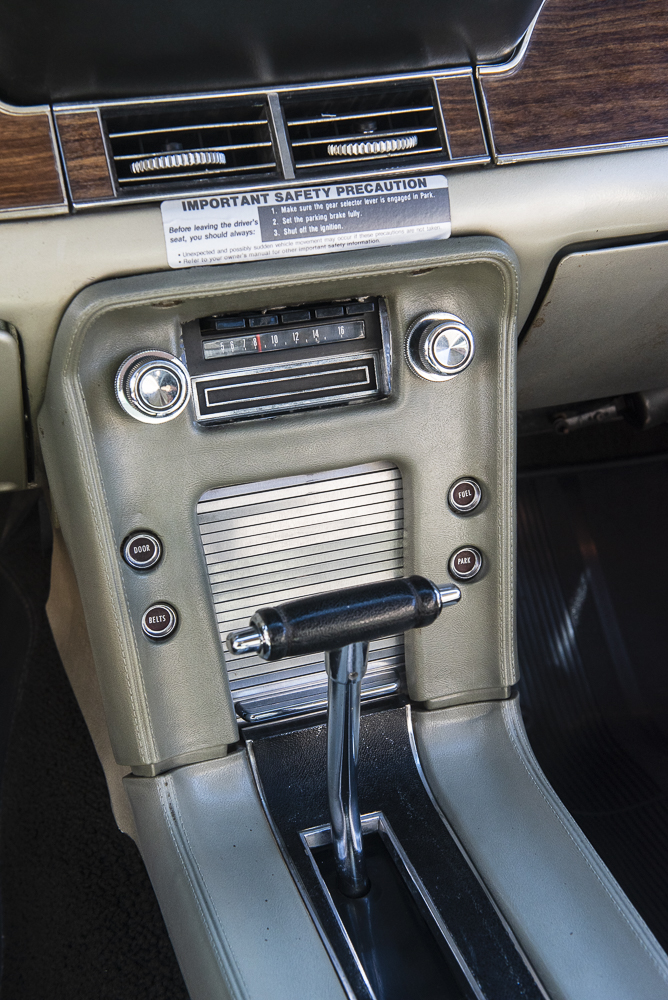 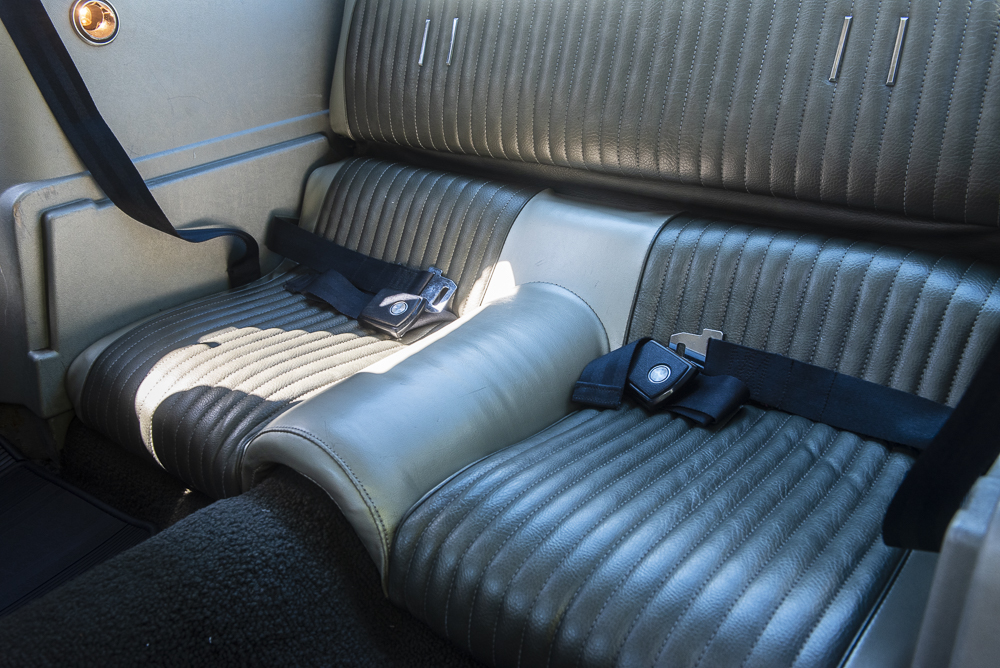 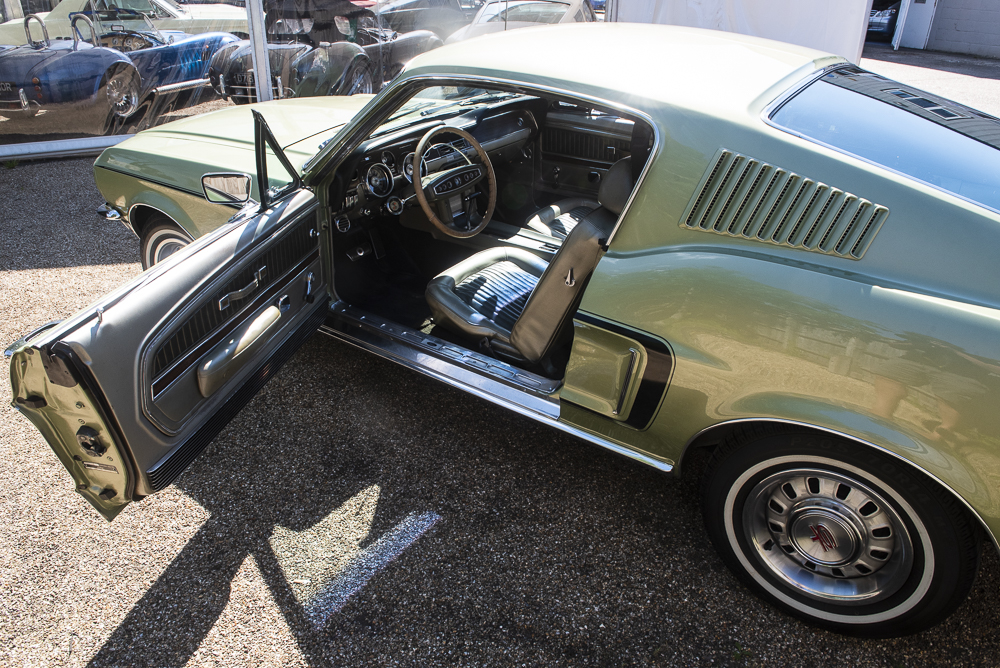 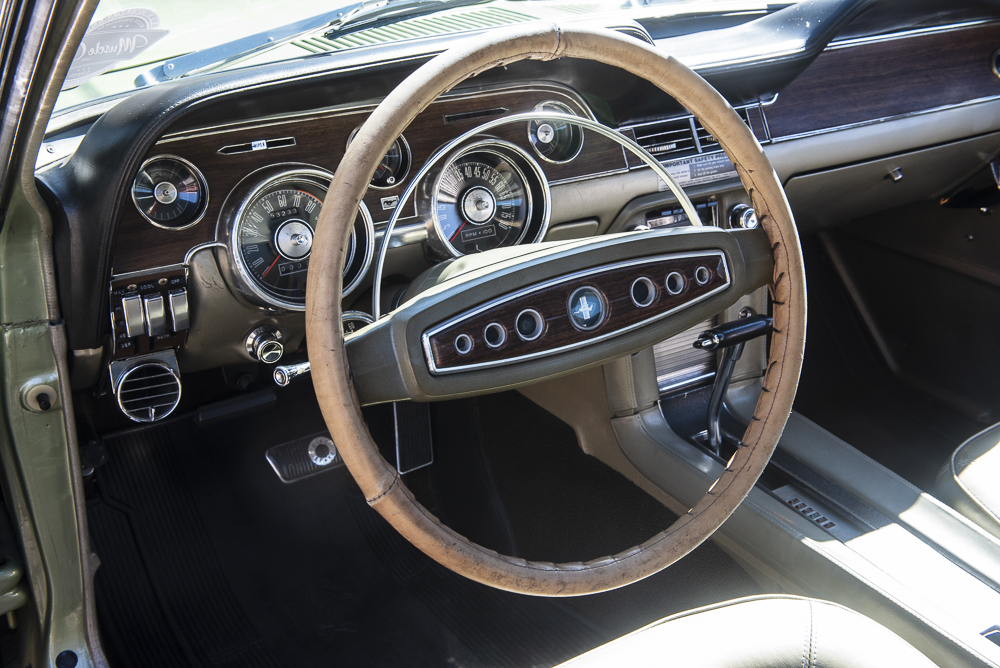 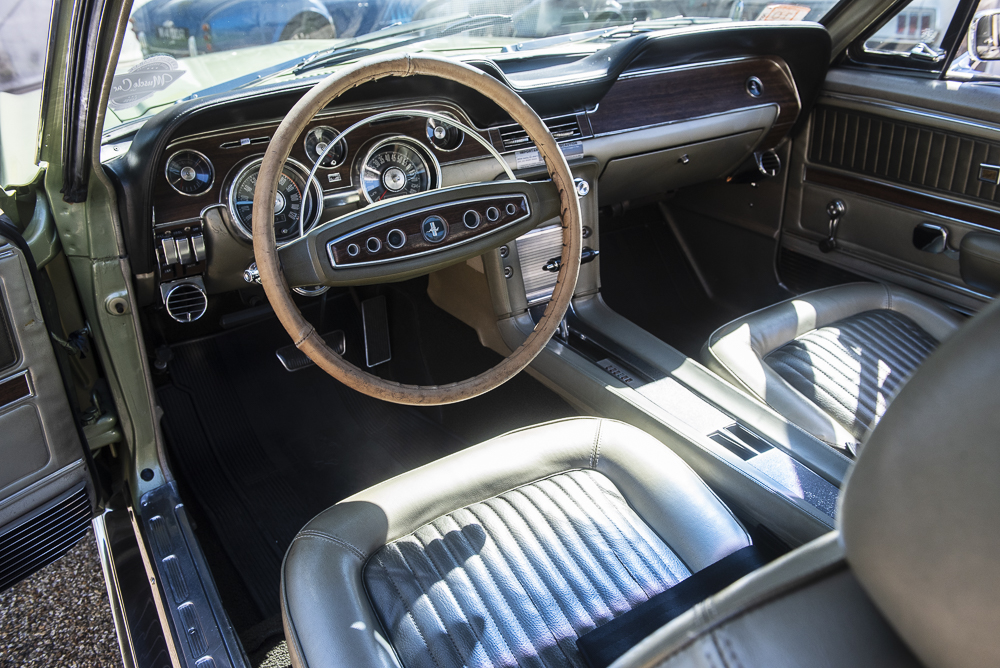 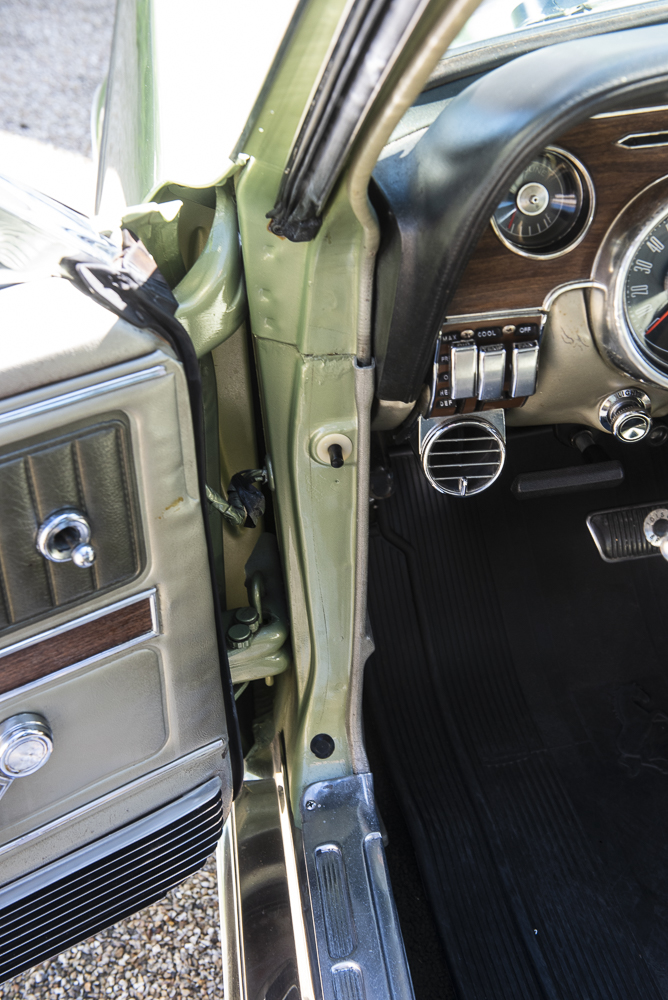 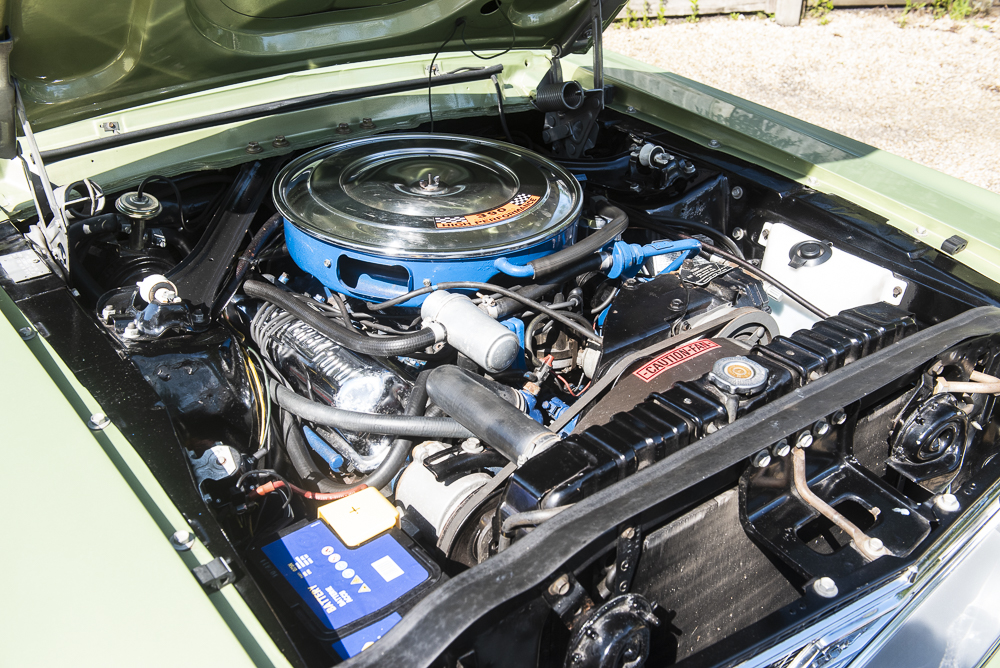 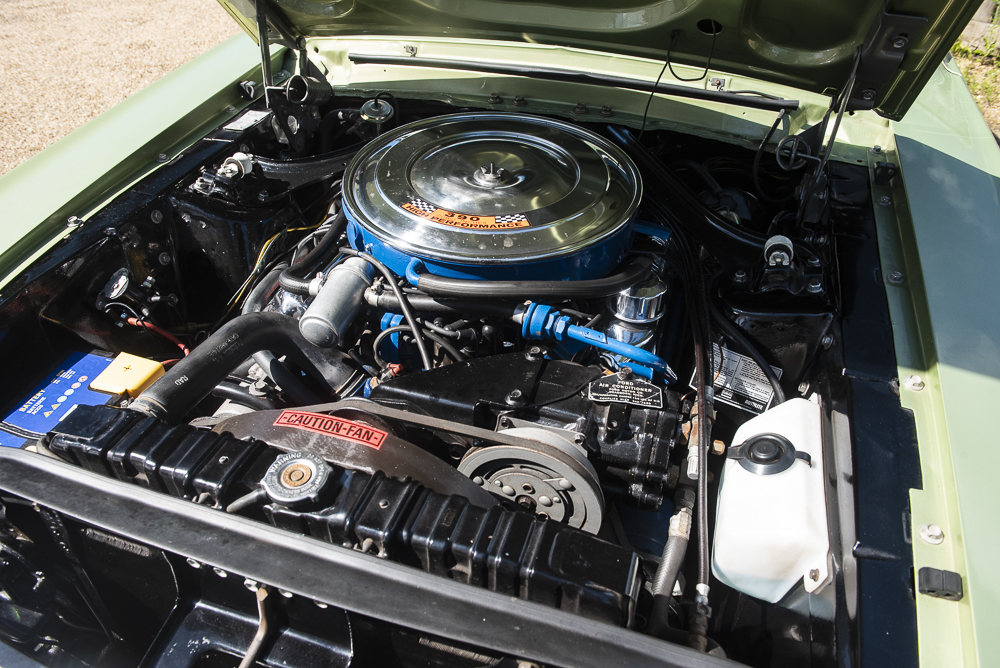 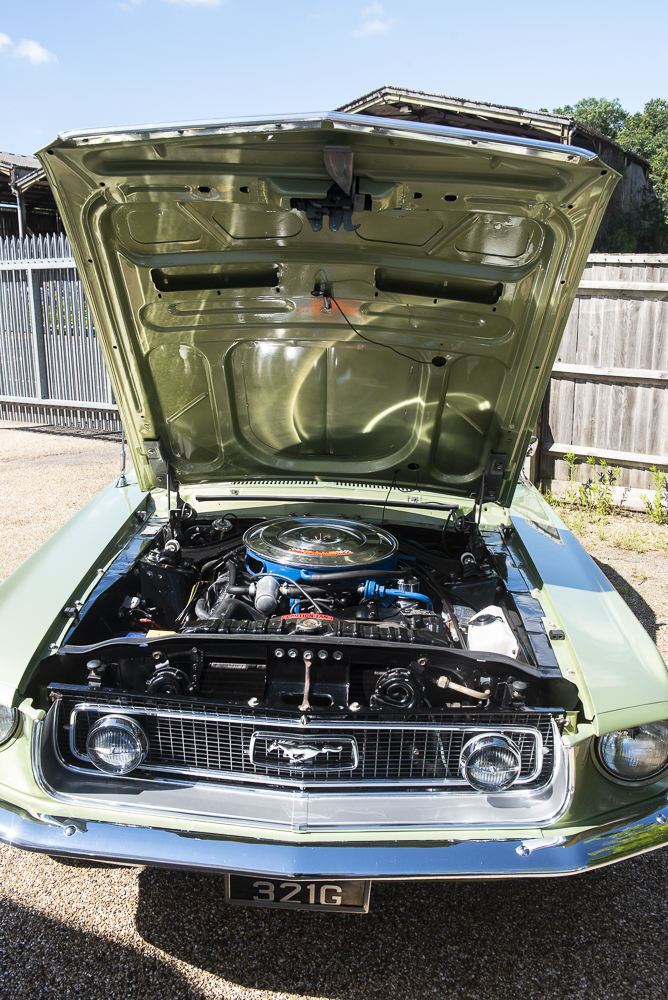 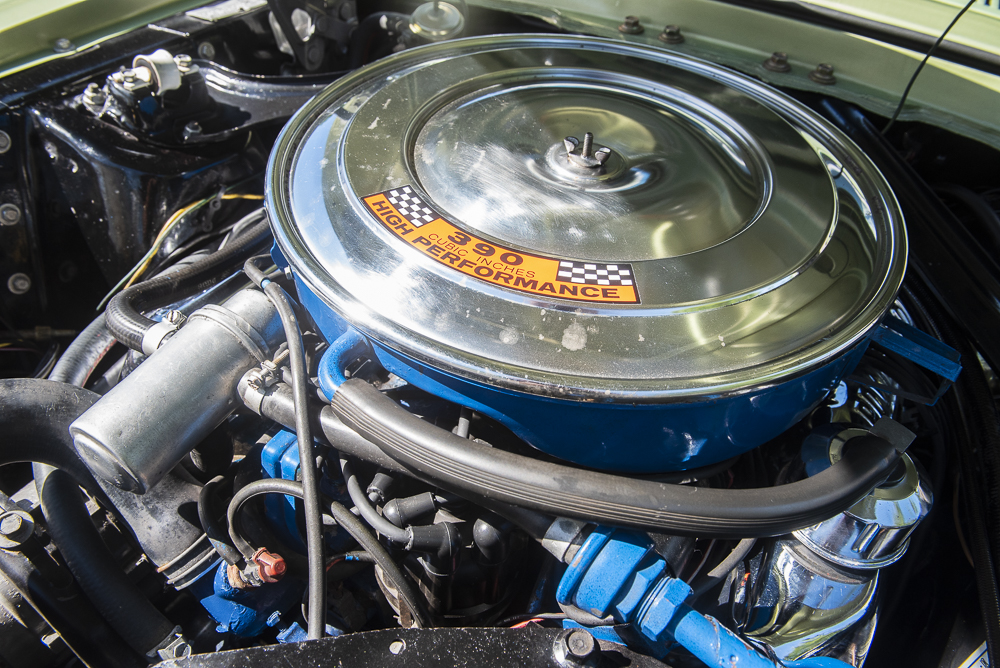 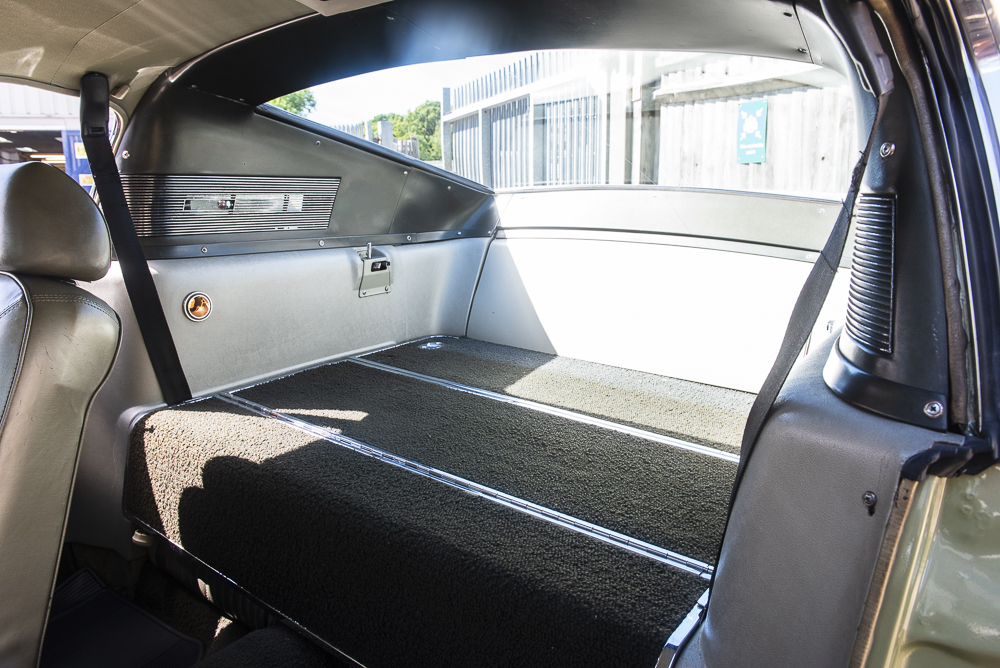 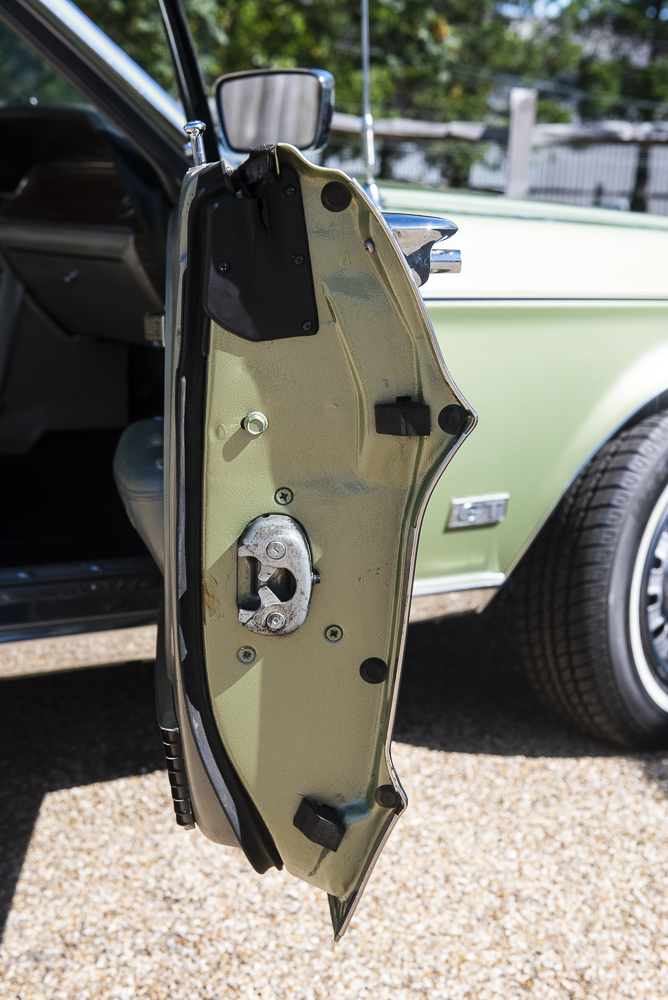 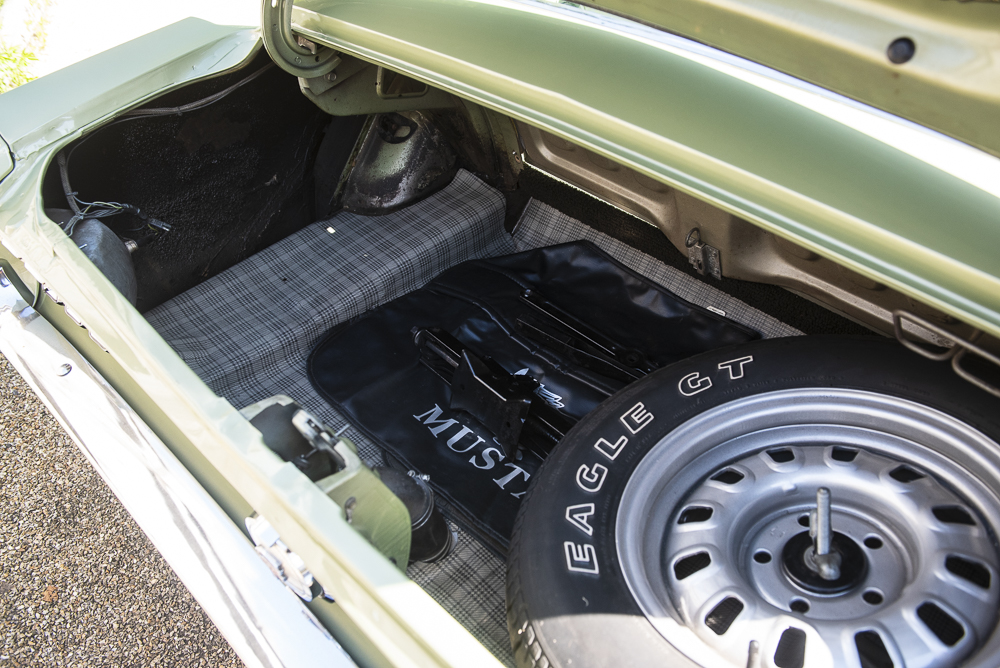 Ford Mustang 1968 Fastback S code 390 big block. £83,750
Here we have one of the rare Mustang S code models. All Mustangs were coded largely dependant on the size of their engines. This 1968 Mustang GT was ordered with the powerful 390 cubic inch V8 with a four-barrel carburettor. This combination produced 325 horsepower from the factory but many people in the states could get more bhp very easily should they wish.
This stunning example was produced on the 24th of June 1968 at Fords Metuchen plant in New Jersey. It was subsequently sold by Palmer Ford in Monson Massachusetts to Mr Thomas McGowan of Hampden Mass. The first owner Mr McGowan was a very fastidious gentleman, and thanks to him we have a extraordinary history of this Mustang through its early years. Within the history is 110 service stickers from 1968 through to 1998.We have not seen a service history like this on any early Mustang, matched with this is the original build sheet from Ford, the guarantee protector plate, and original manuals from purchase.
The stunning paintwork of Lime Gold, and the contrasting, Ivy gold Décor bucket seats with head restraints shows very well. It must have been quite something seeing this Muscle car cruising down the Highway in 1968. Steve McQueen and the famous movie Bulitt, made these S code fastbacks sell like “hot cakes” to those who could afford one. This particular one has a great deal of specification including, Power Steering, Power brakes, Air conditioning, C6 select shift Automatic gearbox, 8 track stereo, sport deck rear seat and locking differential, and roof and floor mounted consoles.
This is one of the most original Mustangs to come into stock with superb early history. This is genuine big block Mustang that sits in its original colour scheme and has all kept all its authenticity throughout the decades. We have presented here, the archetypal 68 big block fastback. Its sometimes very strange to think that this car was produced a year before the first moon landing and the Beatles had just released “Hey Jude” 54 years ago! We can all see why the modern Mustang was released with a definitely look back to the early models like this, for their design guides. We hope to see you soon for a test drive and hopefully arrange delivery to your door!