The History behind Ford Mustang 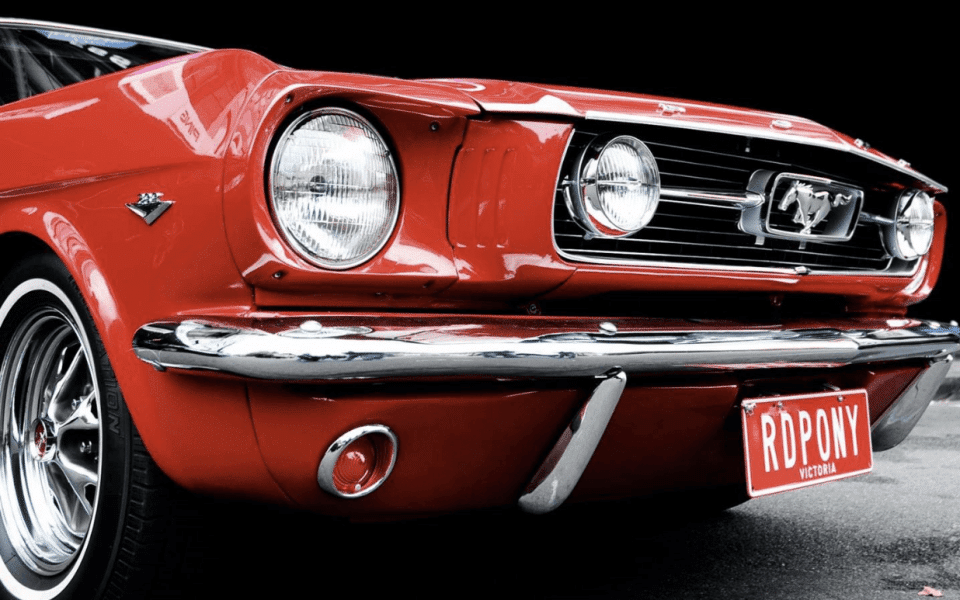 The Mustangs concepts were originally two seater, but after years of tweaking and six concept cars later, we were delivered what was known at the time as the 1964 1/2 Ford Mustang, it got its name due to it going into production in the 2nd half of 1964 even though it was being sold as the 1965 model. The 1965 Ford Mustangs at the time could be picked up for around $2,368! 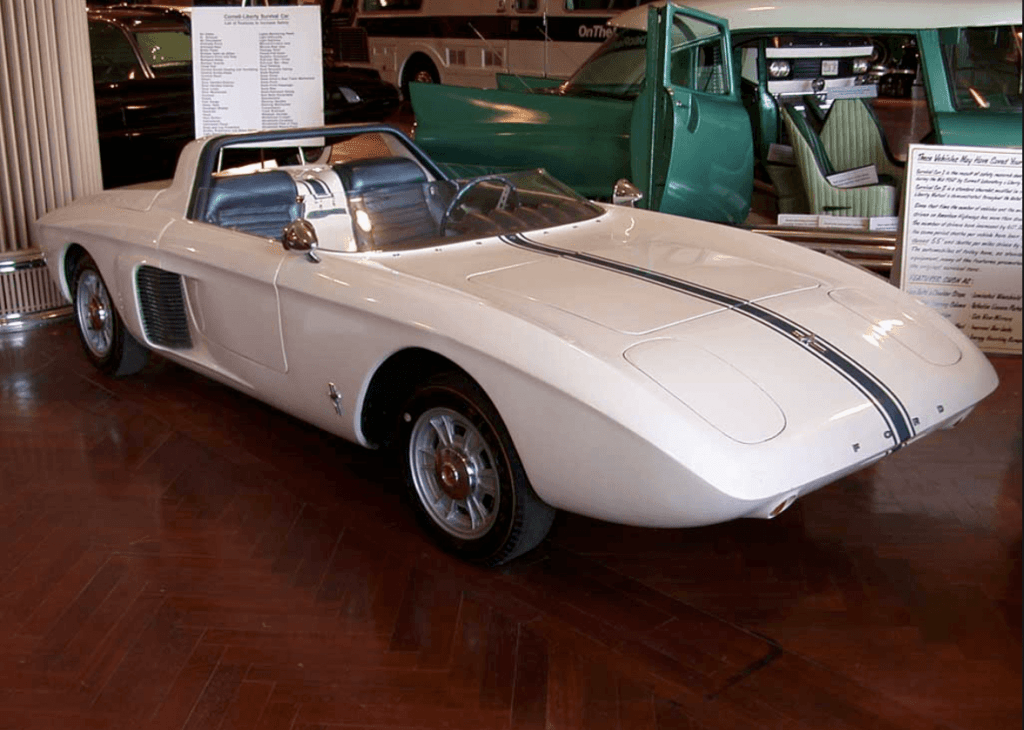 (1965 Ford Mustang)
Following the launch of the Mustang the original sales forecasts projected less than 100,000 units to be sold in the first year. This mark was surpassed within three months of the car being rolled out. Another 318,000 would be sold during the model year (a record), and in the first eighteen months of being rolled out it Ford saw more than one million Mustangs roll of the production line! 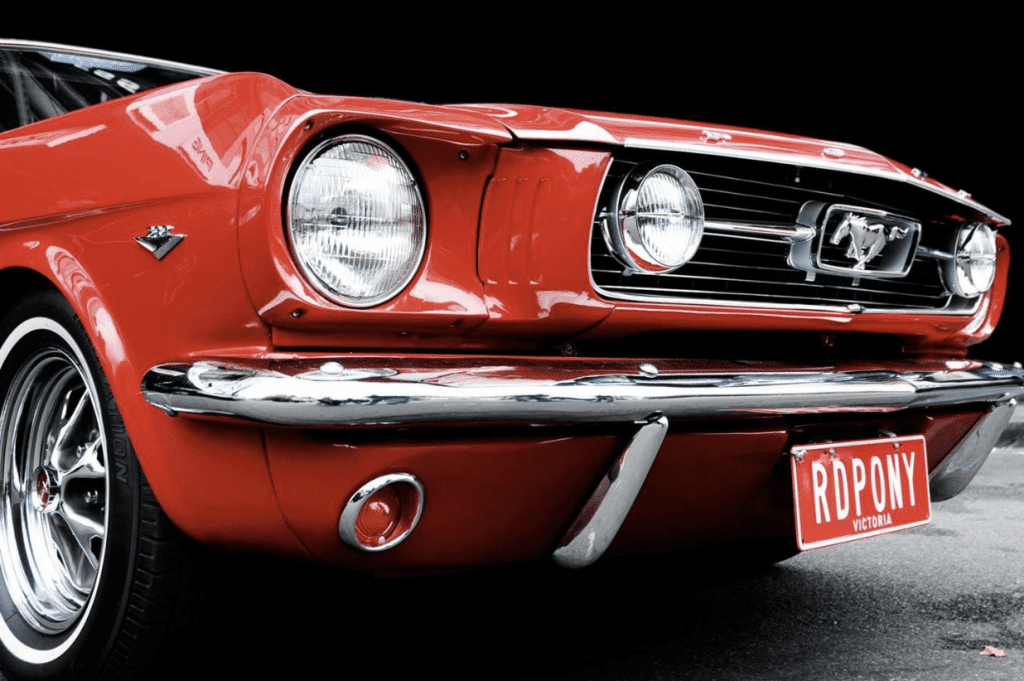 (Ford production line)
In 1968, Ford’s Mustang hit the big screen in Hollywood as it cemented it’s place in American car culture history. ‘Bullitt’ was released on 17th October 1968, a Hollywood blockbuster staring the super star of the time, Steve Mcqueen. The film featured the 1968 Ford Mustang 390 GT 2+2 Fastback. The film was a critical and box-office smash, later winning the Academy Award for Best Film Editing. 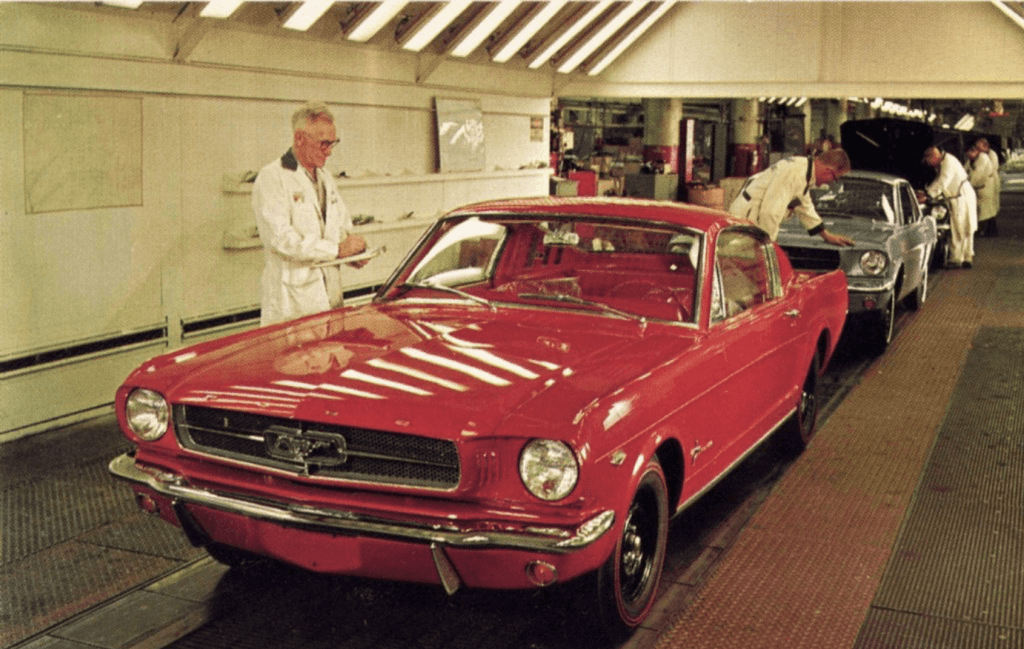 (Ford Bullitt)
Fast-forwarding to August 2018, over 10 million Ford Mustangs have been produced in the U.S. making it one of the best selling cars of all time. 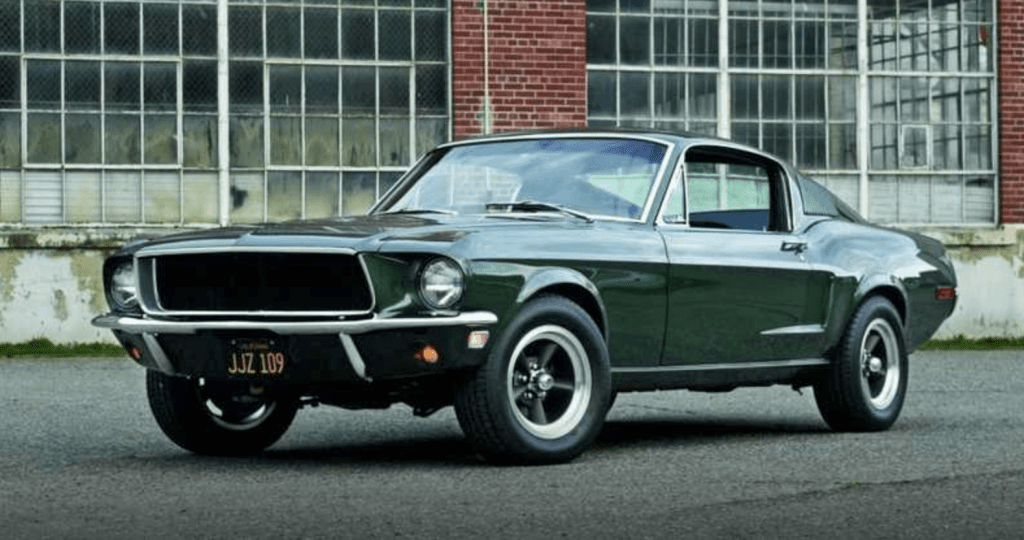 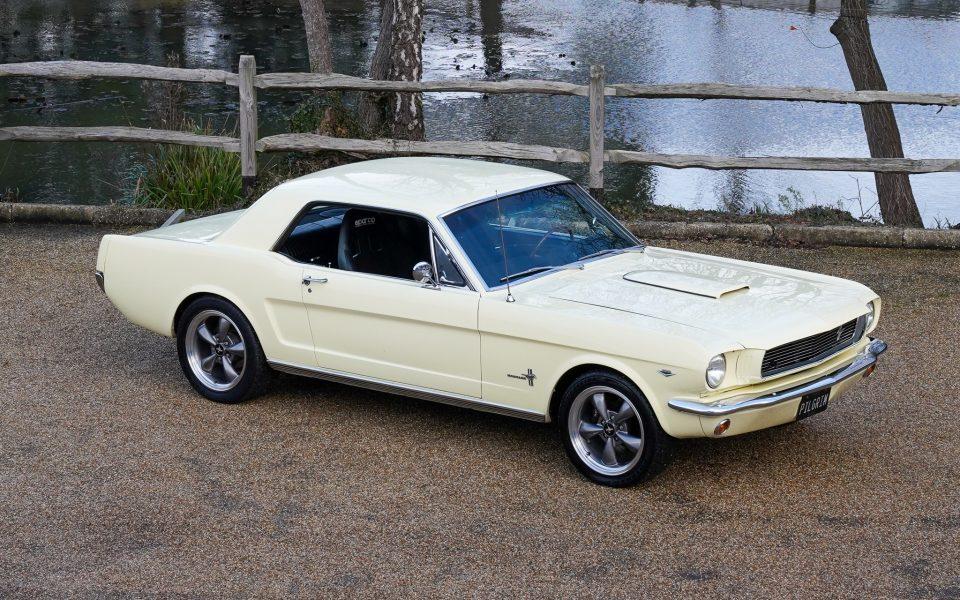 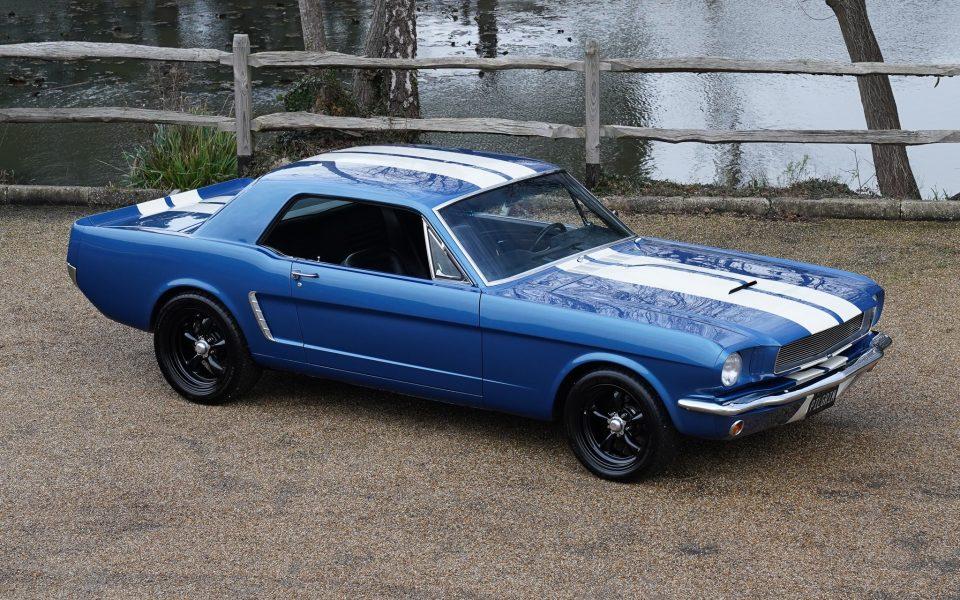 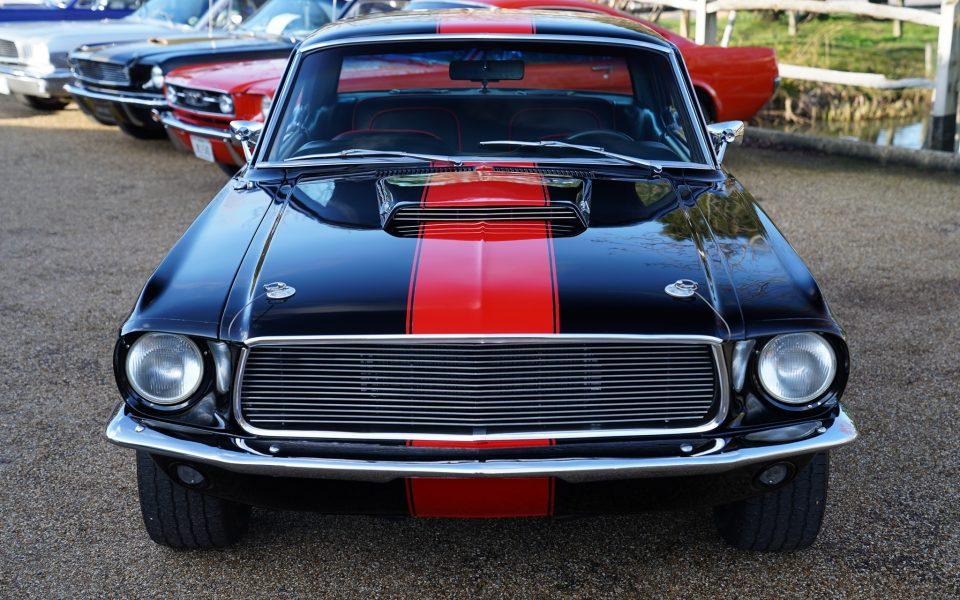 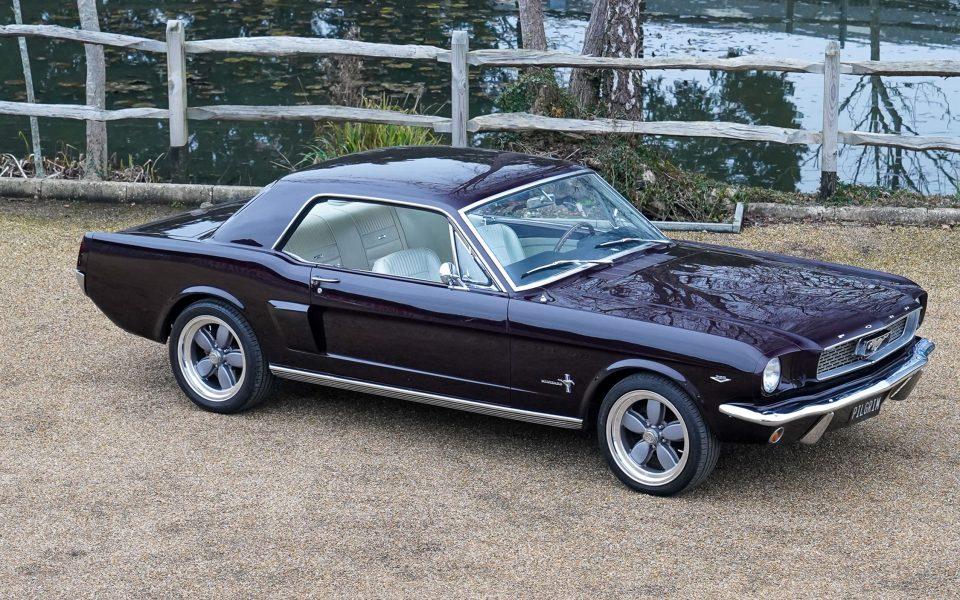 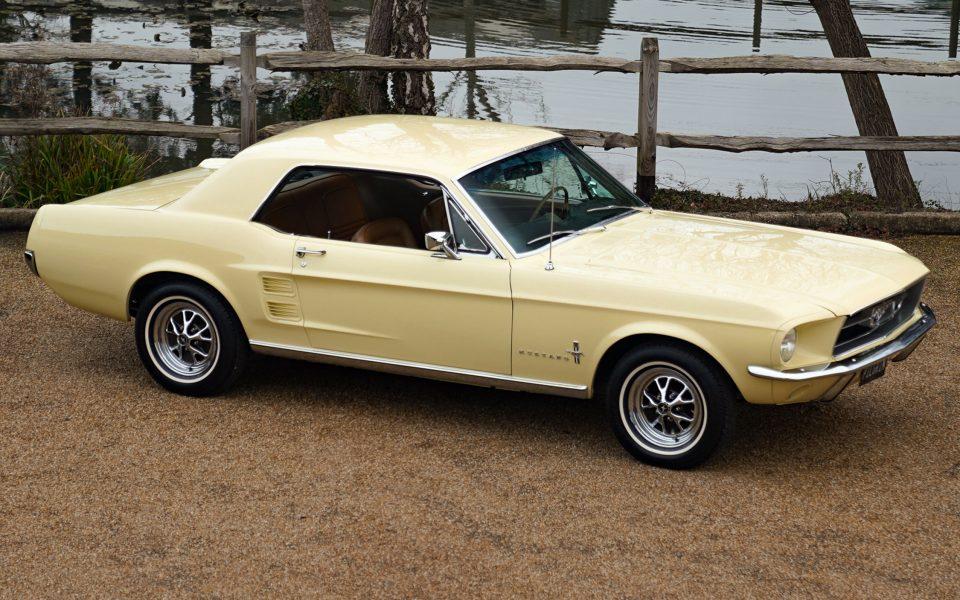