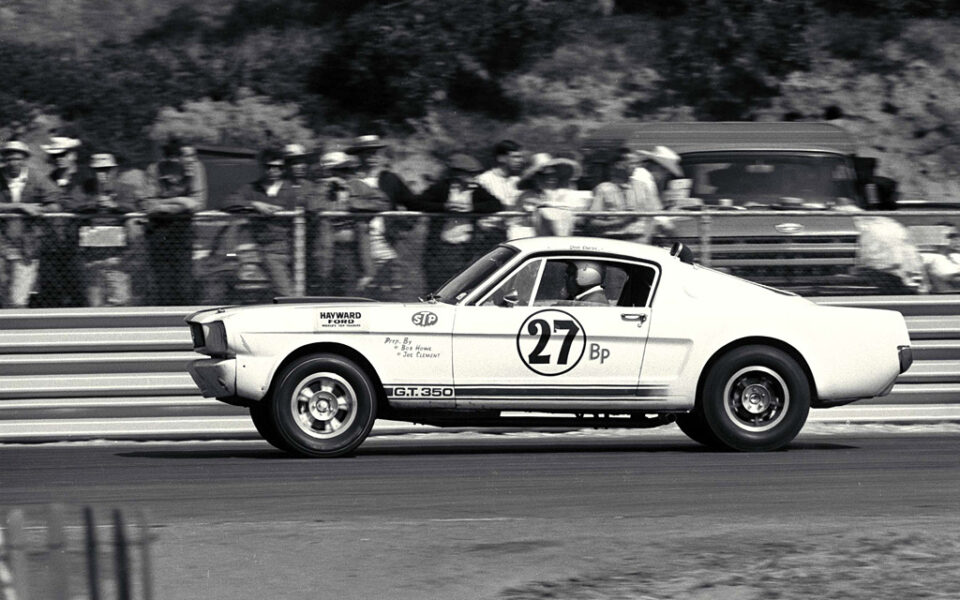 Seeing as the Ford Mustang is one of the most iconic cars of the 20th Century, and one of the first pony cars that led to the muscle car craze of the 60s and early 70s, it’s only fair that here at Muscle Car UK we put a HUGE spotlight on the Mustang that started a legacy that spans over more than five decades, six generations and is Ford’s longest-produced nameplate.

The early history of the Ford Mustang has been attributed to two men; the founder of Ford Motor company, Henry Ford himself, and Mr Lido Anthony Iacocca, who was generally known as just “Lee”. Lee joined the company at the young age of 22, quickly gaining promotion through the Ford Company ranks to the point he led an esteemed team of engineers as the General Manager of Ford’s product development.

It was around this time that many major US car manufacturers needed to distance themselves from the huge motors of the 1940s and 50s which were now obsolete and outdated on America’s bustling roads after their post-war economic boom. The US saw an influx of smaller European marques such as the Jaguar, Triumph, and Alfa Romeo, whose smaller sports cars were hard to compete against. Ford needed to market a car that could compete with the European sports-car invasion.

After a considerable search, a muscle car design by Gale Halderman was chosen and the Ford Mustang project was born and registered as a trademark. This classic car design evolved over several years and involved several designers including Joe Oros, David Ash and John Foster. It was decided that a four-seater sports car with a large bonnet, which could house several engine sizes and a small rear end would give the impression of a big engine compact sports car. This design of a long hood and short deck was to become the trademark shape for pony and muscle cars over the next decade. 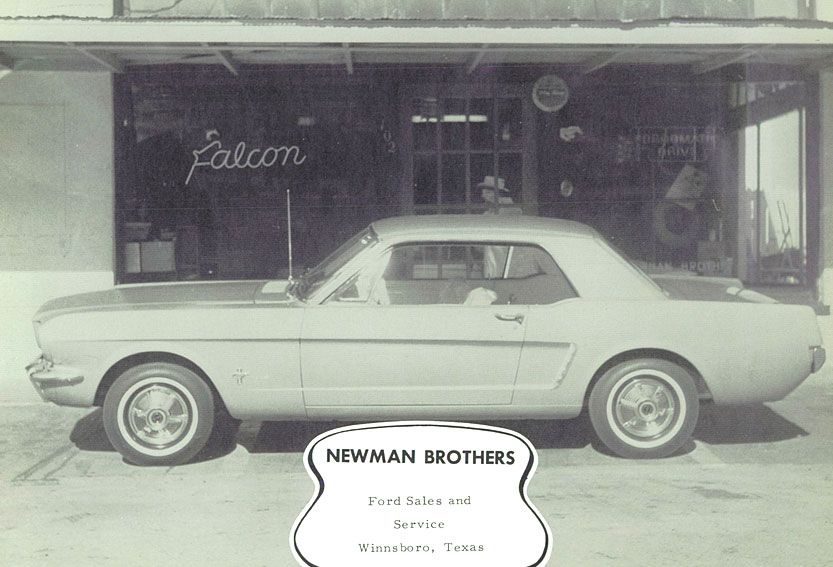 After much deliberation on certain aspects of this new car on the 9th of March 1964, the first Ford Mustang rolled off the assembly line. It was shown to the public at the New York’s World’s Fair and released for sale on the same day April 17th, 1964. This is where there is often some confusion amongst classic car admirers of whether there is a 1964 model or whether it is known as a 1964 ½ Mustang. Well, there is a 1964 Mustang, but Ford decided to call it an early-release 1965 model. Fans of the pony car often call it a 1964.5 model.

The weekend of the 1964 New York World’s Fair has gone down in American automobile history as over that first weekend, 22,000 thousand orders were made for the new Mustang throughout the United States. The early Mustangs were an instant success with what at the time was a reasonable list price of $2,368 it was a sure-fire winner with the baby boomers who wanted to get as far away as they could from their parent’s drab sedans. 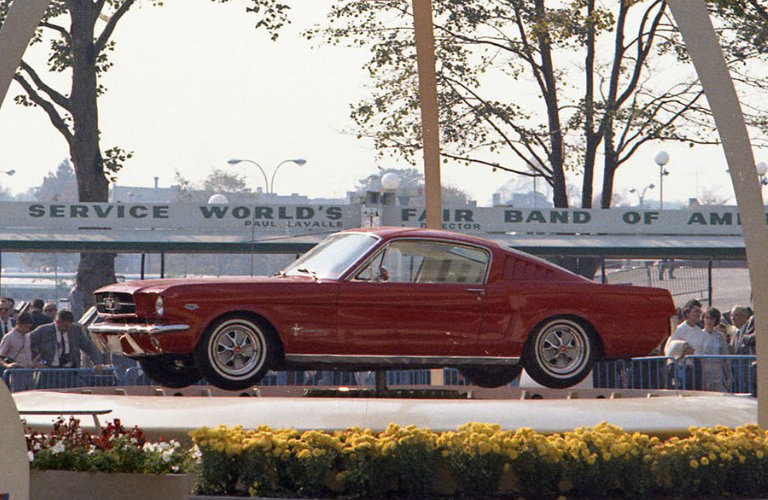 The 1965 Ford Mustang Specs and Variants

Ford knew they were on to a winner as the 64 ½ and early ’65s had beat all expectations. For 1965, they decided to build a car for all the family; it could be a “grocery getter” or a full-blooded racer, and was billed by Ford as a performance car, a luxury car and an economy car.

The clever team at Ford had designed so many option packages that every personal preference in driving could be achieved. Once again the 1965 model year was incredibly popular and the production figures for the late 1965s was a staggering 559,451. This huge figure was broken up across three models; the hardtop coupe, convertible and fastback models.

One of the first things to change for the ‘65 model year Mustang was the engine packages; the smaller straight six engine was upgraded to the 200ci T-code motor which produced 120hp. The (now rare) 260ci F code engine was replaced by the 289ci 200hp C-code (with a 2bbl carb) and an A-code engine producing 225hp (with a 4bbl carb).

The most powerful HiPo 289 K-code engine remained similar to the early variant producing 271 hp. This HiPo (high performance) engine is a relatively hard engine to find today. Gearbox options remained the same as the previous year.

The 1965 Ford Mustang option list was extensive and many of the higher range cars had a lot of these features as standard, but here are a few noteworthy special edition options and upgrade prices for 1965. Disc brakes, a limited slip diff, power steering, power convertible top, power brakes were all additional upgrades, as well as the rally pack edition with a clock, tachometer, upgraded shocks and springs which would set you back an extra $70.80.

There were new paint colour options added to the 1965 options list as well as new interior vinyl colours to match the exterior options. Many combinations were also available with the ‘pony interior’ design which had galloping mustang horses embossed in vinyl along the front top of the front and rear seats. 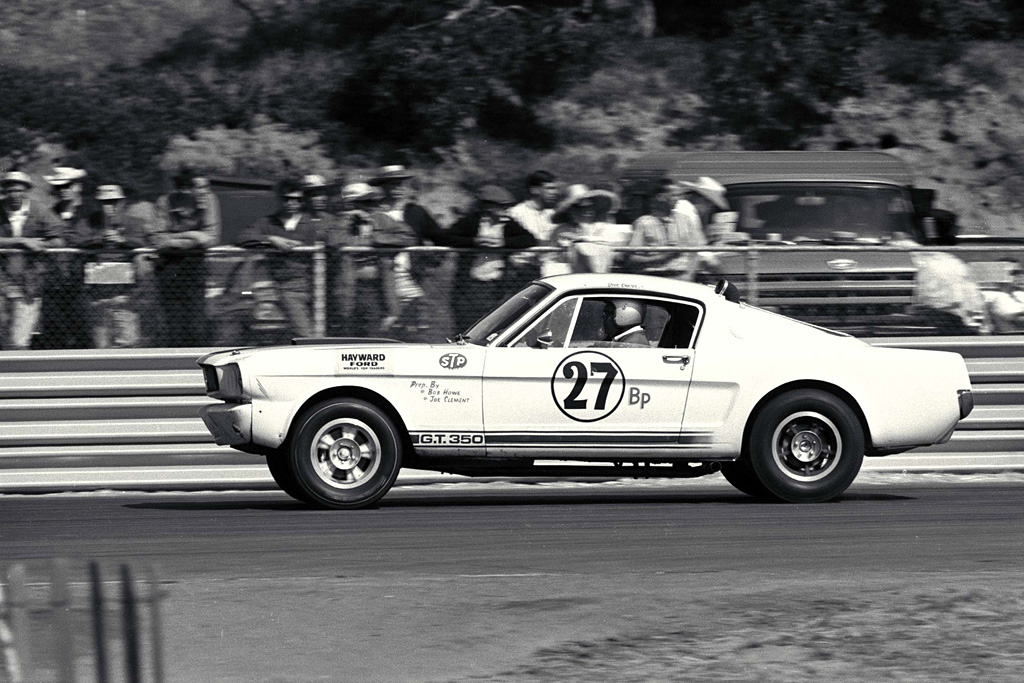 One of the most coveted 1965 variants is the famous Mustang GT 350 developed by the famed racing driver and car builder Carroll Shelby. Ford had been working alongside Shelby since the early 60s supplying engines for his iconic AC Cobras, Daytona and the legendary Ford GT40, which had won countless races across the States and Europe including Le Mans.

In 1964, Lee Iacocca approached Shelby and asked if he would make the Mustang a racecar. Allegedly Shelby retorted “Lee, you can’t make a racehorse out of a mule. I don’t want to do it.” Lee replied, “I didn’t ask you to make it, you work for me.” As you can imagine Ford had been a very strong business partner for Shelby so obviously a compromise was made. The 1965 Ford Mustang Shelby GT350 was born soon after and the Shelby name would be linked with Mustang history forever.

The Shelby American designed GT350 was based on a 1965 Ford Mustang Fastback which was delivered to the Shelby factory and then stripped down making it lighter. Shelby put the K-code Hi-Po V8 engine in the car with a Holley four-barrel 715cfm carburettor, producing 306bhp. The brakes were upgraded to bigger hubs on the back and discs on the front. Higher manifolds with Cobra decals and different exhausts were also fitted.

These were built as a performance sports car. This new high-output Mustang was to be fast-tracked, in order to meet the SCCA’s B Production class standards for the 1965 model year, and Shelby American managed to produce 100 roadworthy 1965 Shelby GT350 Mustangs ready for SCCA inspection by January.

In total, 521 production model Shelby GT350 Mustangs were built prior to August of 1965, when manufacturing efforts for the 1966 GT350 began, making them a rare and extremely valuable car in today’s market.

As well as making the GT350 1965 Mustang for general sale, Carroll Shelby also made 34 GT350R Mustangs for his Ford racing team which proved a great success in the SCCA B Production class. The GT350 R won this championship for several years, which undoubtedly helped the sale of the 1965 Mustang GT350. One of the engineers on the project, Chuck Cantwell, said that “The object of the GT350 program was to beat the Corvettes in SCCA racing”. Nowadays, depending on race history a GT350R would now be valued at well over $1 million. Last year, one of the 2 original prototypes built by Shelby American sold at auction for $3.85 million, surpassing the previous record for sale prices of a Mustang when the Bullitt Mustang sold for $3.74 million.

The 1965 Mustang was also often seen at the drag strip, like one example that was found in a building in Wyoming in 2000 after sitting for many years, and was subsequently put up for auction by Barrett Jackson. It was built in 1965 or ‘66 with a 427ci Cammer engine with Hilborn fuel injection. Back in the day it ran a best of 9.97 at 137.4mph and was retired from race duties in 1971. 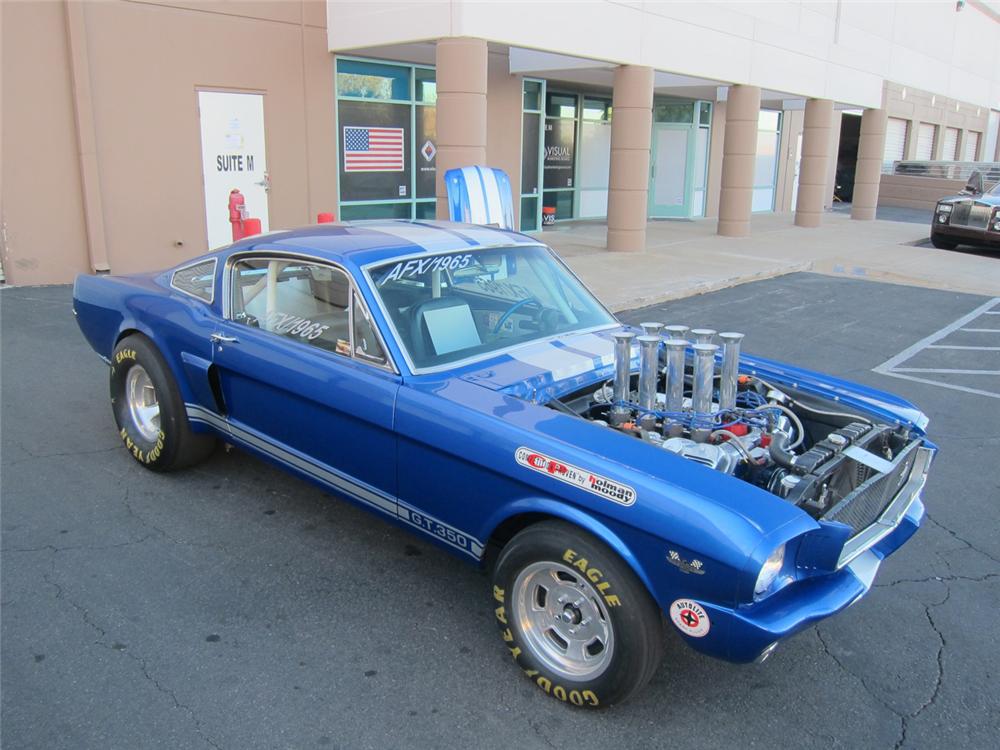 After the success of the product placement of the pre-production 1964 Ford Mustang in the James Bond classic ‘Goldfinger’ (the first Ford Mustang ever to appear on the silver screen). Ford once again managed to get a 1965 Ford Mustang Convertible in the next James Bond film: ‘Thunderball’. This time, the all American muscle convertible was Caribbean Turquoise in colour with a white top.

While there are other model years of Mustangs that are undoubtedly more iconic and well-known, such as the 1968 model, 1965 was the year that Mustangs really took off and became the symbol of the American dream as we know it. At the time of its conception in 1964, this car was revolutionary, and it hit the ground running for the 1965 production year selling 559,451 units with members of the public desperate to own the new Mustang.

1965 Mustangs aren’t just popular in the United States, having fans all over the world including in the UK. Due to their popularity, they often come up for sale on this side of the pond and the parts availability is better than you’d expect.

If reading this article has left you hankering for a ‘65 Stang you won’t be disappointed, with the ride quality being described by some as ‘smooth as butter’ and even the inline-six engine is hailed for being a joy to drive if you can’t stretch to the V8 models. Have a look at our stock here to see if you can find your dream car.

However, if you are wanting something with a bit more oompf than the straight-six, why not try this restomod 5 speed ‘65 Mustang coupe out for size, complete with a 5L high-output motor. 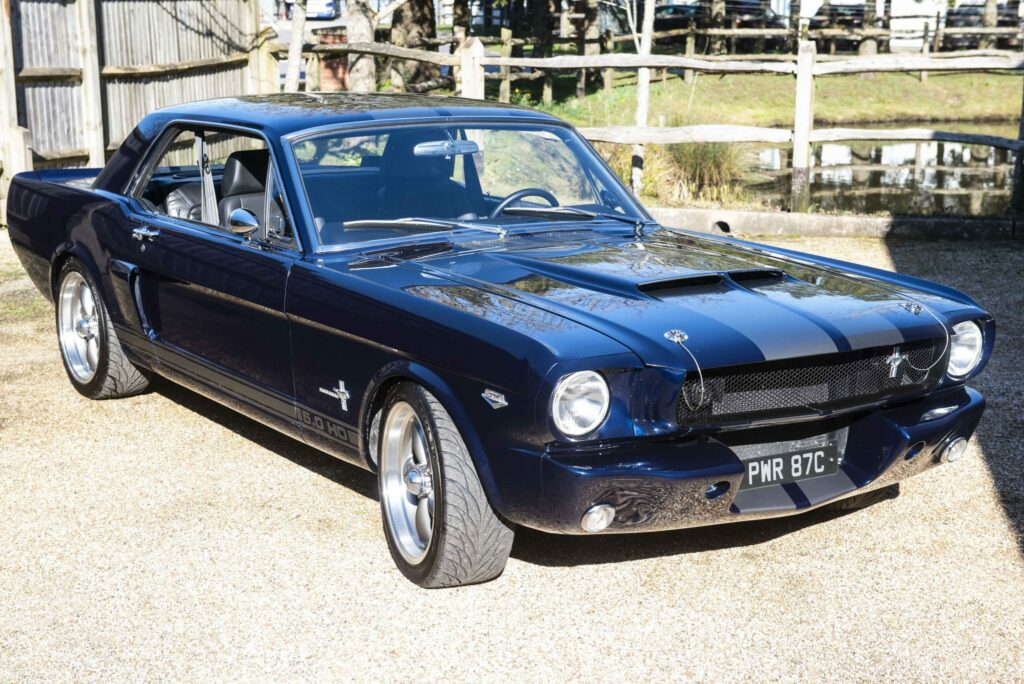 With the advent of automatic transmission, the attitude and the power of the early Ford Mustangs made it a high in demand car, for it could paint a speedy attitude.