Everything We Know So Far About the 2022 Mustang - Muscle Car 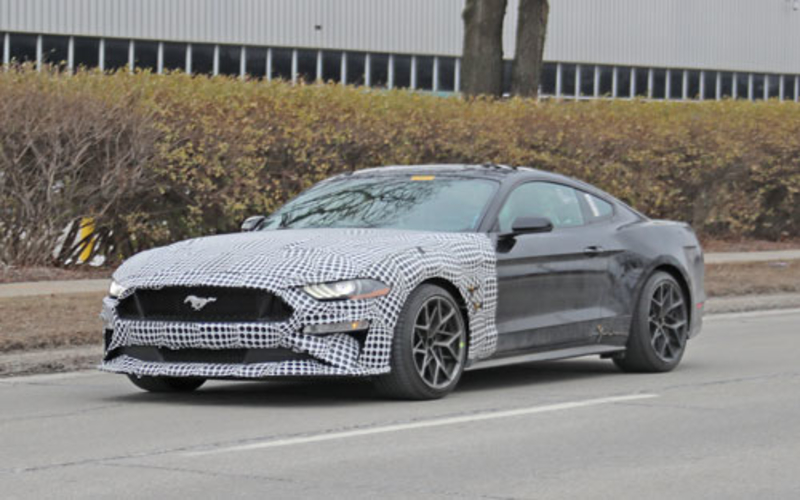 As one of the oldest automobile companies, Ford Motor Company has always surprised people with fresh ideas, astonishing upshots, and producing high-quality mechanics with captivating designs.

Ford has been one of the most influential pioneers in producing all types of cars; from old classic coupes and sedans to SUVs (Sport-Utility Vehicle) and Pickup Trucks with a price range of medium to high. These are the factors that make Ford the giant it is in today’s market.

Ford’s eye-catching Mustang series has consistently remained one step ahead of its rivals as the most popular sports/muscle car. That’s why everyone is curious about the validity of recent rumours around the 2022 Ford Mustang.

The current S550 Mustang (the sixth generation), has so far witnessed a decent success with more than 450,000 units sold in total (2015–2019). There have been numerous updates, editions, and variations in structure for the S550 so Ford could keep the costs down. Everything presaged continuity in the sixth generation until reports concerning a potential 2022 Mustang leaked out.

In order to look into the future, you must first look into the past; let’s take a quick look at what Ford has done with the Mustang series in the past. Then we’ll discuss why Ford wants to move onto the next generation so soon, and what the speculations about this new product are.

A Brief Record of the Ford Mustang

The Ford Mustang was first introduced in 1964, the number of sales in its first year surpassing all expectations and 400,000 units. The first generation of Mustang had a massive impact on other car manufacturers, leading to the creation of multiple competitors such as Chevrolet Camaro (1967) and Dodge Challenger (1970).

Since 1964, Ford has launched six generations of Ford Mustang with variant cycles for each and roughly 9,750,000 sales total. As the public believes, Ford has improved its Mustangs in time; from the primary 1964 as the pioneer of pony cars to the modern 2015 model with a futuristic appearance.

The current 6th generation, aka S550, has its own platform and is redesigned to be more like the first generation, carrying some identical features in terms of style.

Why Has Ford brought the 7th Generation’s Manufacture Forward?

The Story Behind the Leaked Information

A while ago, a job post was published on Ford’s official LinkedIn, asking for a Wind/Road Noise and Air Leakage Plant Vehicle Team (PVT) engineer at the Flat Rock Assembly Plant in Michigan (where the current Mustang is built).

The post was deleted quickly (maybe because it was fairly strange to see a direct job posting from a manufacturer). And until the leaks came to light, we had been expecting the next generation for 2026. While the source of the cited report is reasonably reliable, we can’t be entirely convinced by mere speculation.

Regarding Mustang Automotive News, Ford expects to sell about 97,000 Mustangs per year with 20,000 of those being convertible models.

The highest sales in the latest generation of Mustang belongs to its first-year model (2015) for 122,349 units. Since then the sales have gradually decreased (a 4.4% decrease just in 2019).

Predicting a 25% increase in sales, perhaps Ford is investing in its 7th generation pony car more than anything. That means we should expect some exciting elements and a unique structure.

After Mustang Mach-E came out as an electric SUV in various trims, a hybrid Mustang was expected. And since most car companies are slowly shifting their focus to electric cars, S650 is likely a hybrid all wheel drive as well. 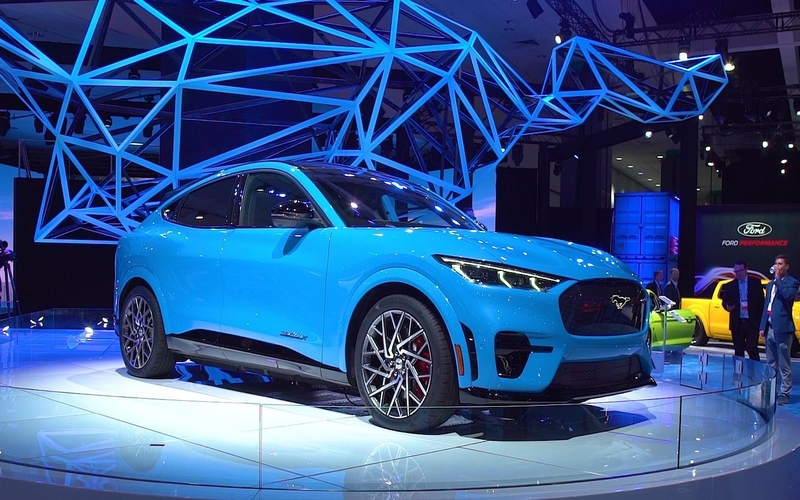 Ford Mustang will usher in a new era with its first hybrid powertrain. As Ford’s electrification project starts to pick up, an electrified Mustang will accompany the electric Mustang Mach-E, which will begin shipments this autumn. By 2022, Ford intends to release 18 mild-hybrid and full-hybrid versions, with the new Mustang rumoured to be one of them.

If it hadn’t been for a shift in product plans, the next Mustang would have arrived even earlier. Ford revealed in 2017 that a hybrid Mustang will be available in 2020.

However, when Jim Hackett took over as the CEO of Ford in the same year, he opted to focus on bringing a Mustang-inspired electric vehicle, the Mach-E, to the market as the company’s long-awaited first widespread electric vehicle.

Ford is striving to please its passionate supporters by keeping the V8 engine, but this time it will be paired with a fuel-efficient hybrid setup.

While the initial plan was in place, Ford filed a US patent in 2017 that included engineering sketches of a “twin-motor drive mechanism for a hybrid vehicle.”

These demonstrate an eight-cylinder engine in a V configuration transmitting power to the rear wheels, which is a classic Mustang design. However, two electric motors “mounted directly to opposite ends of the engine” are defined in the file as battery assistance.

This suggests such a vehicle would have four-wheel drive, with battery-powered energy going to the front axle and, in performance driving, entering the operation as the car’s back axle lose traction. The machine could provide torque vectoring, too.

Ford’s plan to base the new Mustang on the same CD6 platform as the Ford Explorer and Lincoln Aviator is possibly a factor in the decision to go hybrid.

The company revealed in 2018 that it was revamping its platform lineup of five highly modular underpinnings, one of which would include all rear-wheel-drive/four-wheel-drive unibody-construction vehicles.

Despite the lack of official confirmation from Ford, the seventh-generation Mustang is expected to be built in Flat Rock, Michigan, and to arrive in 2022 as a 2023 model year. We’ve included a rendering of the all-new pony, which features the kind of styling you’d expect from a global vehicle.

The architecture of the current S550 edition of the Mustang, available all over the world, is less conventional. Its Euro-style influences are especially apparent in the latest redesign’s front end (this was introduced back in 2017, for the 2018MY).

To begin, thanks to details like compositions, muscular arches, and a bold hood line, this pixel portrait appears to embody the essence of the Mustang.

However, something about the rear-end configuration takes us back to Old Continent style cues, with the taillights and diffuser leading the cross-cultural road.

The street interpretation of the NASCAR ducktail brings some American flair into the picture and supports the final assumption. This is an intriguing concept proposal for the 2023 Mustang. 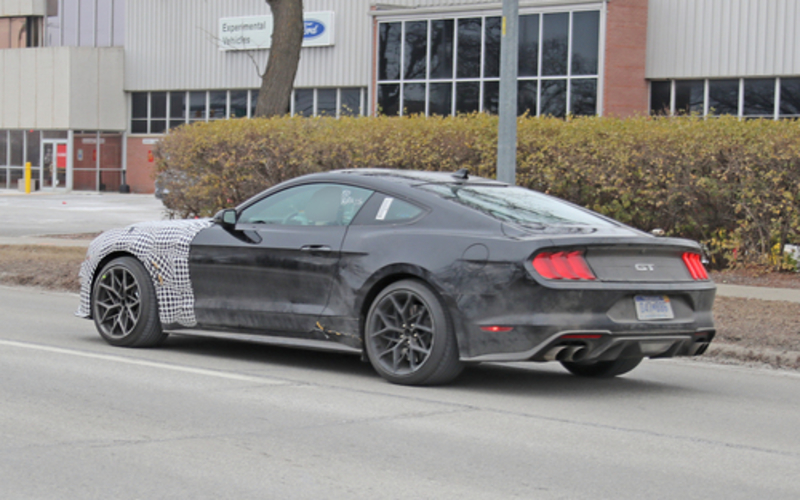 What We Expect from the 7th Ford Mustang Generation

In terms of style, we expect the new Mustang to stay true to the formula that has been a success with Mustang fans.

The design of the muscle car has gradually changed over the decades. Considering that the Mach-E is based on today’s Mustang and will be sold alongside it, it should be readily identifiable, although with a more modernist approach regarding the decoration.

Despite certain manufacturers’ moving away from the convertible market, a convertible version of the Mustang is expected to return, as the drop top still accounts for a large portion of Mustang sales.

Expect the Mustang to be more driver-focused on the inside than the Mach-E, which is more tech-heavy and has more room.

The car’s infotainment and driver assistance system are likely toned down for the Mustang’s launch.

The four-seat configuration can essentially remain unchanged, with technical advancements ensuring that the hybrid design has a limited impact on interior capacity.

The next Ford Mustang isn’t scheduled to arrive until 2022 at the earliest, and you probably won’t be able to buy one until 2023.

Incorporating hybrid technology into the current Mustang would definitely increase the price over the outgoing edition. Starting prices for four-cylinder hybrid Mustangs are expected to be around £40,000, while V8 models will be closer to £50,000.

The Mustang series has come a long way, and it seems that it is getting closer to the end, with the seventh generation 2022 model as the newest member of the family.

With all the changes in styling and the nuances under the hood, the Blue Oval hopes to finish this legendary series strong while ushering in a new era with the fusion of muscle cars and hybrid tech.

This beast won’t accept anything as its competitor, at least not for a while. The vintage, classic Mustang to fade away with a weak and sketchy coda is the last thing Ford wants, so don’t worry if you’ve been a big fan of Mustangs or sports cars; you won’t be disappointed.

Having all this information, we’re still in the dark as to what this mysterious car has to offer. But we have a feeling that Ford will not disappoint.