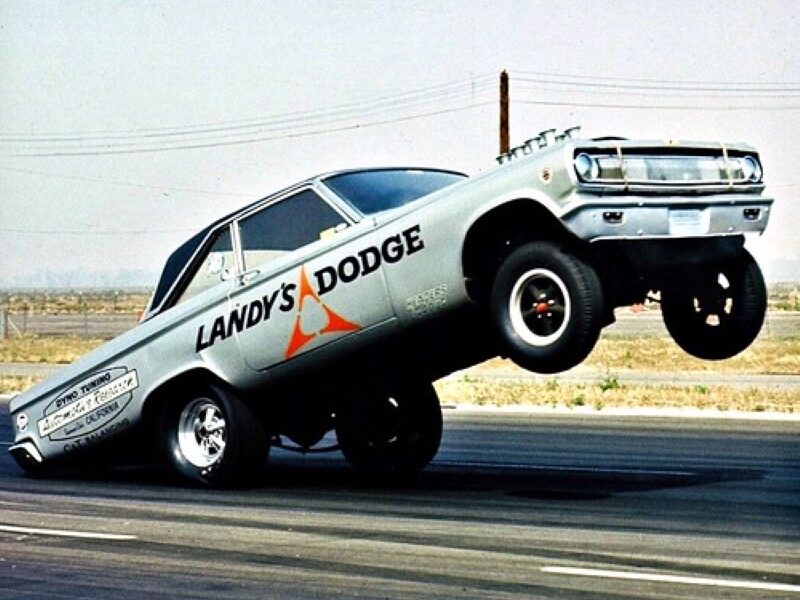 Due to the regal nature of this Dodge’s nameplate, it’s only fitting that the Coronet began its life as a top of the line model for Dodge. Through the years it shifted up and down in the lineup, however one thing remained the same; it kept a few horses under the hood along with a racing pedigree to match.

The Coronet remained a staple of Dodge’s stable over 7 generations and 27 years, minus a hiatus of 6 years. The Dodge that was reinvented after this hiatus was undoubtedly one of the coolest American cars of the 60s, and to begin with was a massive hit with the consumer market, racking up astonishing sales figures. In this classic muscle car review, we’ll go through the history of the Dodge Coronet, from the salt flats to the race track.

The 1949 Dodge Coronet represented the Chrysler group’s first release of postwar body styles. It was the highest trim level of its line, heading up the Dodge Wayfarer and Meadowbrook. All three had a six-cylinder flathead motor under the hood, which was rated at 103hp. This engine remained unchanged until 1953, when Dodge offered an optional 241ci V8. This was the very first of Chrysler’s infamous 426 Hemi motors, and the smallest they ever made. These Hemi-powered Coronets set over 100 land speed records at Bonneville Salt Flats, marking the beginning of a legacy for the Hemi engine dominating the competition thrown at them from the other Detroit superpowers of the era in all areas of motorsports. 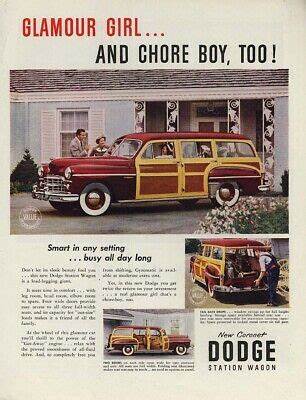 In 1954, the Coronet stepped down from the top spot in its lineup and the Dodge Royal took its place, boasting a Hemi as standard.

For 1955, Dodge released new engine choices; the polyspherical head ‘Red Ram’ which was rated at 175hp (also known as a poly or semi-hemi), and the hemispherical head ‘Super Red Ram’ which made 183hp. If 183hp wasn’t enough, there was an optional power package that included a 4 barrel carb and a dual exhaust. The Coronet was also redesigned for this year, with an 120” wheelbase, wraparound windshield and clean lines.

For 1957 the Coronet was once again redesigned with Dodge’s ‘Forward Look’ styling; it featured a longer wheelbase and fully modernised styling features.

The 1959 Dodge Coronet was the last year as Dodge’s entry-level vehicle, dropped along with the Royal and Custom Royal in order to make way for a new Dodge range; the Dart, Matador and Polara. The Coronet nameplate wouldn’t reappear again until it was under a different guise in 1965. 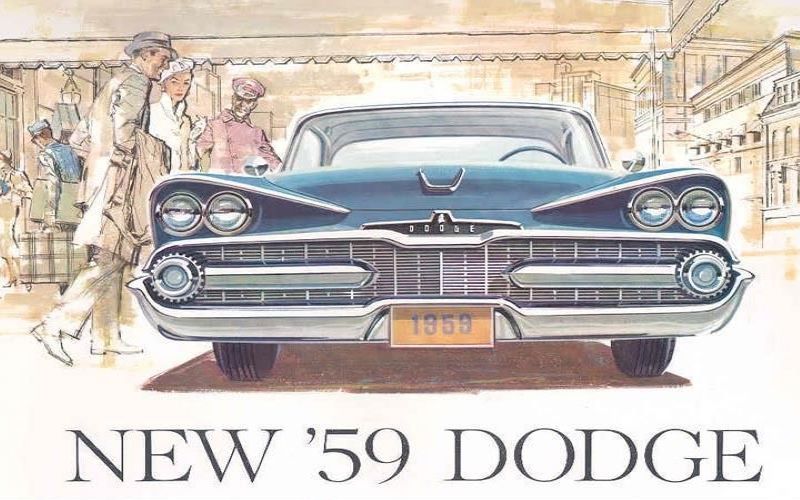 In 1965 Chrysler abandoned the ‘one basic car per brand’ theory and went all out. The Coronet was now above the Darts but below the Polara, Custom 880 and Monaco. The base engine was the slant 6, but a 273ci V8 was optional (but standard in the 440, 500 and wagon variants). Trim levels included the Coronet Deluxe, 440 and 500. The mid-range 440 was rather confusing for customers; this nomenclature did not designate the engine displacement as was commonly believed (and still is), which helped sales to an extent. The 440 and 500 designation was just a carryover theme from the 1963 and ‘64 Polara series.

The new Coronet was extremely popular, with 209,000 units sold making it the most popular Dodge for that year. 33,300 of these units were Coronet 500s. 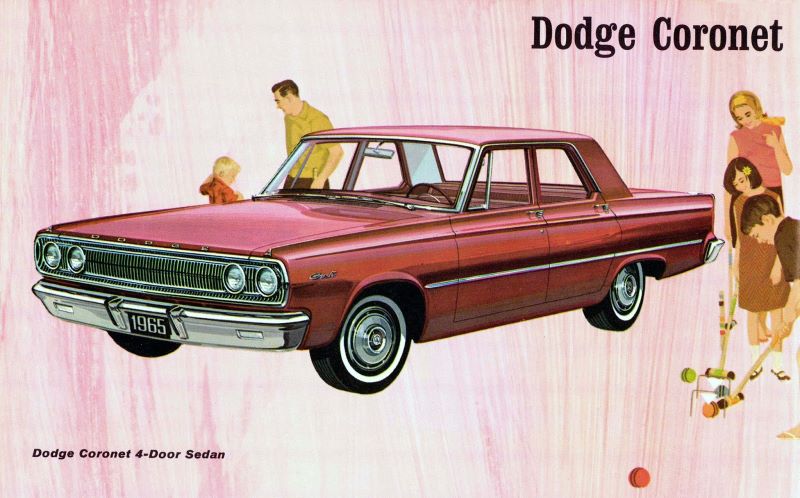 The 1966 Dodge Coronet received a Elwood Engel facelift (Chrysler’s chief designer at the time) and was graced with his signature straight lines and edges. The Coronet-based 1966 Charger quickly took the limelight, although it didn’t steal the Coronet’s sales. The ‘66 Coronet sold 170,000 units, while the new ‘66 Charger sold only 37,300 units.

Another variant that ran from 1968 through to 1974 was the Super Bee, introduced in early ‘68 as a companion to Plymouth’s Road Runner. In keeping with Dodge’s status as a cut above Plymouth, the Super Bee shared the Charger’s rally instrument cluster and the Coronet 440’s rear finish panel. The name Super Bee was a play on words of MoPar’s B-body platform, of which the Coronet was part. 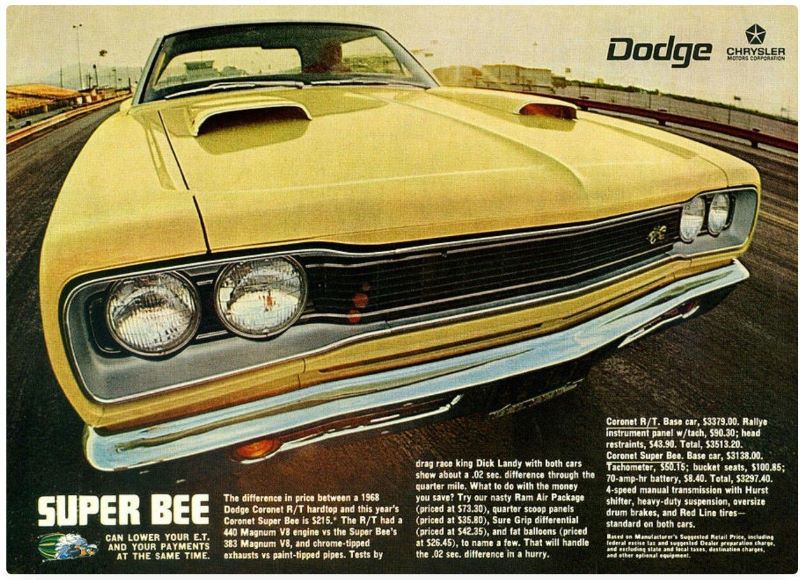 In 1971, the new Coronet was introduced with a simpler grille, new 118” wheelbase, more rounded and subtle coke bottle styling. Despite remaining popular with taxi fleets, sales once again declined. The mainstay for this year was the 440, but the R/T and Super Bee were to be dropped as the Super Bee moved over to the Charger line.

In 1973, there were major changes to the sound deadening and suspension, giving the Coronet a smoother ride and quieter interior. These changes were dubbed ‘Torsion Quiet’ by Chrysler. However this move, along with an updated interior and minor exterior changes, weren’t enough to save the Coronet from the side effects of the oil crisis of the early 70s which killed off many a muscle car. Fewer than 90,000 Dodge Coronets were produced in this year, with this sales figure dropping again to fewer than 60,000 in 1974 despite a last-ditch attempt at a restyle.

In 1975, only 52,000 Coronets sold despite Chrysler altering its construction to optimise safety with increased front crash protection as well as improve two-door styling. The slant 6 motor and 318ci V8 were standard, with optional 360ci and 400ci V8.

For the Coronet’s final model year in 1976, there were only minimal changes. The 2-door hardtop and 400ci motor were axed, and only 31,809 units were sold – fewer than the Charger SE model. The Coronet was discontinued, with the Monaco taking over the body style. After this switch to the Dodge Monaco, sales increased slightly to 63,684 and had its moment in the spotlight as the cop car in the Blues Brothers. 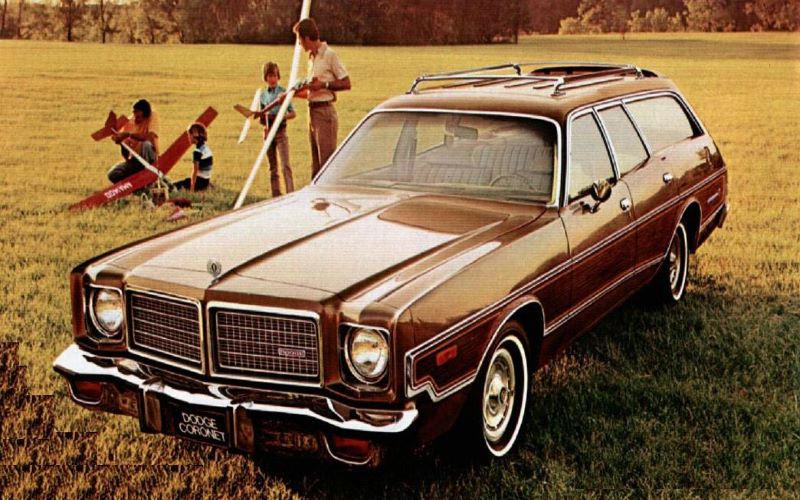 From the Salt Flats to the Drag Strip

Any Chrysler which came equipped with the notorious Hemi engine made for an unbeatable racecar. Having its roots in the 1953 Dodge Coronet, the Hemi was offered as either an option or standard in Coronets throughout the fifth generation, even sneaking into the sixth generation.

In 1965, 101 units of a modified wheelbase version of the Coronet 2 door sedans and 440 hardtops were produced specifically for NHRA sanctioned drag racing. These were factory lightweight cars, with stripped out interiors, delete panels and A100 bucket seats. These Coronet A990s were known as factory experimentals, raced in the AFX category, due to their altered wheelbase: the axles were repositioned forwards for better traction during launch. 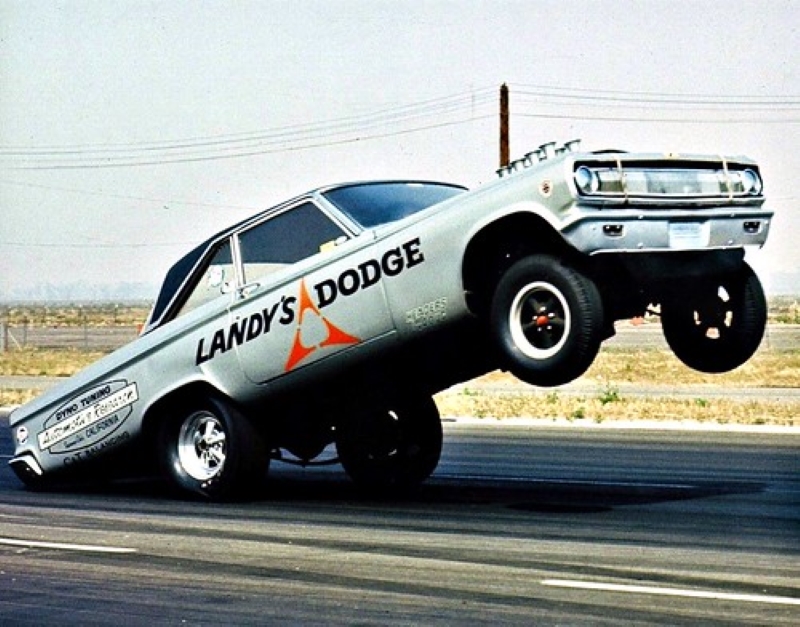 In 1967, Chrysler decided that the Hemi should only be available on their badged muscle cars (ie the Charger, Coronet R/T, Belvedere GTX). The top engine for the rest of the Coronet line was supposed to be the 4 barrel 383ci for this year, but despite this some ‘67 Coronet Deluxe 2 door sedans were produced. There is one Hemi powered ‘67 440 2 door hardtop known to have snuck out the factory, and one Hemi powered ‘67 Coronet 500 2 door hardtop known which are not among the drag-race specific WO23 Super Stock Coronets produced, of which 55 were produced, though some say as little as 32 as no official production numbers were recorded. 16 of these were 4-speed manuals.

To this day, Dodge Coronets are still raced on the strip, including here in the UK where there are a number of Coronets raced in UK Nostalgia Superstock, including a 1965 Coronet 500 which has a 543ci big block V8 under the hood, a ‘66 Coronet 440 with a 440ci V8 and another ‘65 Coronet 500 with a 500ci motor shoehorned in there. 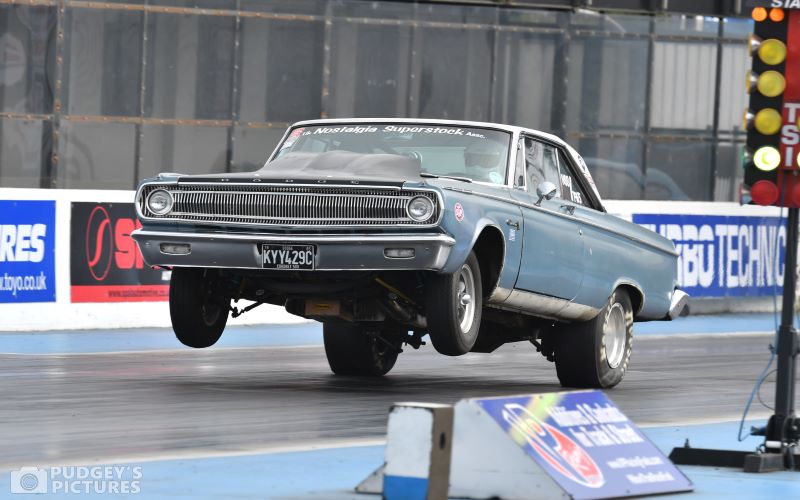 The Dodge Coronet: Classic Muscle at its Best

The Coronet was Dodge’s best selling model at points, and for a period of time was selling in huge numbers. The Coronet was praised by the public at the time for offering everything they could need: a grocery-getter wagon for being an everyday workhorse, a Deluxe for that little slice of luxury Americana for those who have ‘made it’ in life, and a Hemi-powered beast for those who want to hit the strip at the weekend and eat some Chevy’s for breakfast.

Despite their popularity, they rarely appear on the silver screen, perhaps because people tend to focus more on those who have gained a cult reputation; the Charger, Challenger, Mustang, Camaro etc. A ‘49 Coronet was, however, brought to life in cartoon form in ‘Les Aventures de Tintin’. 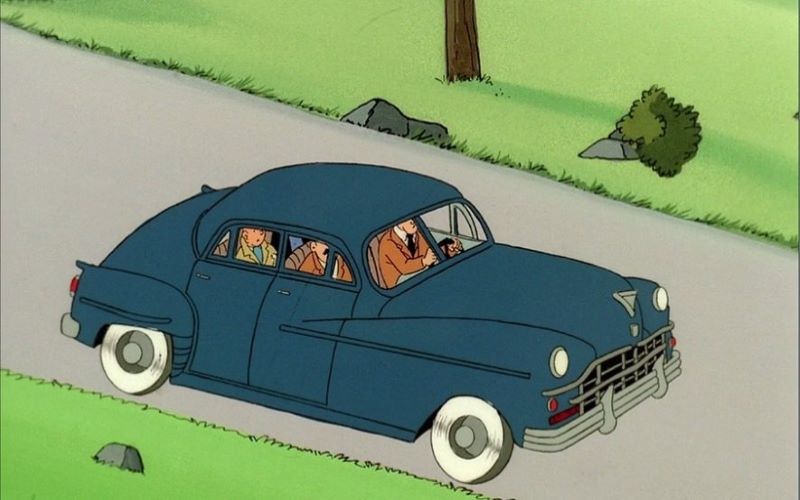 Nowadays, the Coronets are a highly desirable classic muscle car, and depending on the specifications command high prices when they come up for sale. Those who drive them have said that they’re ‘cool yet practical, fun but not excessive or wasteful’. A friend of mine who drives a ‘66 Coronet says it’s a great, fun car to drive, and the 440ci V8 it’s had fitted means it’s good for both driving to work in the summer and a jaunt down the drag strip at weekends.

Coronets do come up for sale in the UK every once in a while, although you’d be hard-pressed to find an original R/T or Hemi car over here. Even in the states, Hemi cars go for around $90,000 so you’d have to have pretty deep pockets. If you were dead set on a Coronet, however, you could pick up a Coronet 500 for around £20,000-£25,000, or an earlier 1950s model for even less.