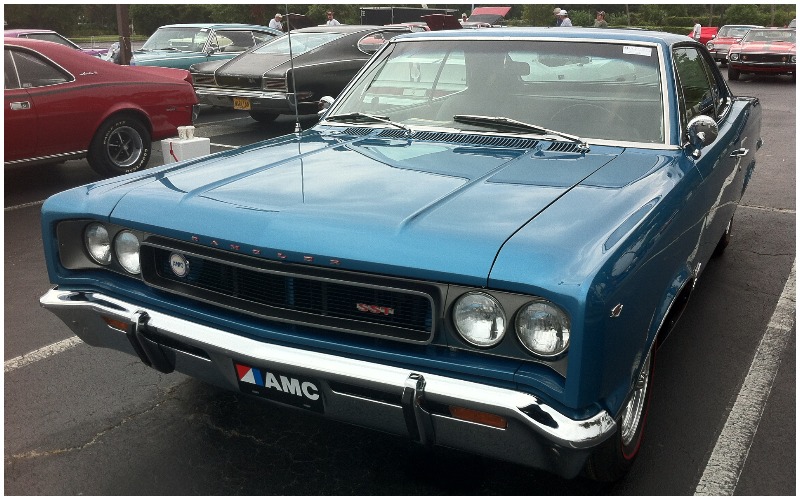 AMC was known as the underdog throughout its 34-year career, usually fighting beyond its class and taking on the Detroit Three: Chrysler, Ford, and GM. The Rebel lived up to its name and threatened all the big names, especially with its Machine model.

The Rebel’s origins may be traced back to the late 1950s when the title was given to a four-door Rambler that debuted in 1957. Vanishing in 1961, the AMC Rebel only reappeared in 1966 with a new identity that did not include the Rambler. The automobile was trendy and even America’s leading economical vehicle at the time. Ending in 1971 with one of the best closing models ever, the Rebel Machine was the icing on the cake.

History of the Indie American Muscle 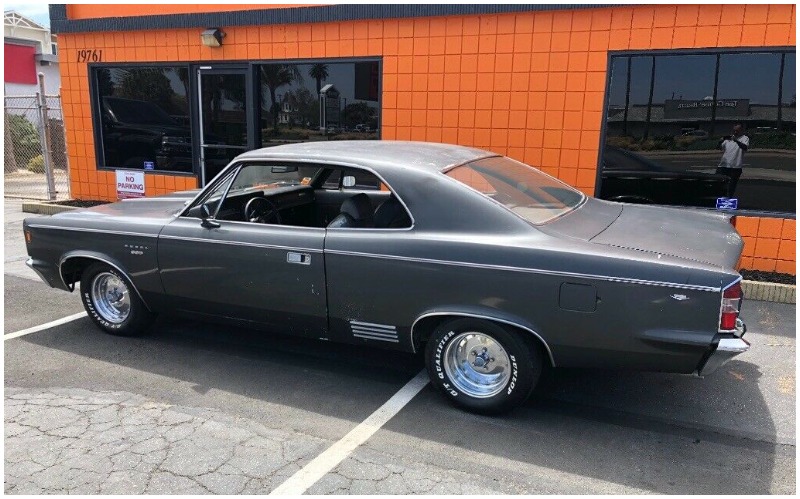 AMC introduced a car with a big V8 powerplant under the hood in 1957 under the name of Rambler Rebel; a slightly light muscle car that indicated the addition of muscle cars to AMC’s future plans.

The Rebel name resurfaced in 1966 as a part of the Rambler line. It was equipped with bucket seats, unique trims, and a modified roofline. A year later, in 1967, the Rebel name took over the entire intermediate line of AMC. The revised intermediate range was launched with meticulous attention to high performance and quality.

The Rebel was offered as a six-passenger, four-door sedan, two-door hardtop, and four-door station wagon with an additional third-row seat for two extra passengers.

AMC’s six-cylinder motors, which were first introduced in 1964, were kept. However, in the mid-sized automotive market category, the 1967 Rebel models brought the first in a succession of all-new V8s that eventually supplanted AMC’s long-lived “Gen-1” prototypes.

The 1967 Rambler Rebel was a radical departure from its predecessor, the Rambler Classic. The width was extended by approximately 4 inches to boost the interior passenger room and load-carrying capacity. Containing the same amount of interior space as full-size Ford and GM vehicles, the Rebel had a curved, smooth look with sweeping rooflines, a beer-bottle frame with a shortened rear panel and more glass for better vision.

The Rebel was the first car to check the box for both utility and family-friendly as AMC kept up with the trend. The gauges and switches were consolidated in a domed binnacle in front of the driver. The dashboard moved forward and away from the passengers with a revised conservation instrument panel that included a steering column engineered to disintegrate upon impact.

The standard 550 two-door sedans had the same “semi-fastback” roofline as the more costly pillar-less hardtops but narrow B-pillars for a more “sporty” coupe style.

In 1967, a record of 30 hours was achieved in the long Baja run down Mexico’s Baja California Peninsula, demonstrating the new Rebels’ endurance and efficiency.

The Rebel can be made “into a solid on-budget muscle vehicle” with the 5.6-litre engine, AMC’s most potent available motor in 1967, while still delivering classic Rambler efficiency with six-cylinder engines and overdrive gearboxes.

The 1968 Rebels were debuted on September 26, 1967, and were no longer known as Ramblers. The mid-size models took the AMC Rebel name. They stayed true to their predecessor except for minor changes in safety options and the availability of 315 horsepower AMX 6.4 litre V8 that AMC just debuted.

For ten years, AMC “fully committed to the car industry’s anti-racing policy,” but with a change in ownership in 1967, the AMC Rebel began to be driven on drag strips. The 4.8 litre “Typhoon” V8 engine was included on the cover model SST, while the 3.8-litre V6 engine was offered on all other versions.

In 1969, the Rebel line got deduced and dropped off convertible models leaving the line with only four-door sedans, two-door hardtops and station wagons: American Motors planned to make the Rebel a more family-friendly series.

The back end of the sedan and coupe was redesigned in 1970, with a revised C-pillar layout and rear quarters and a more substantial back end and bumper. The hardtop was modified with a slanted roofline and upswept backwards quarter windows, giving them a grittier look.

The Rebel was lighter and thinner than the rivals from the local “Big Three” manufacturers, with a six-cylinder mechanical 2-door hardtop weighing 3,110 lb and a V8 auto station wagon at 3,310 lb.

Following the 1969 SC/Rambler popularity, the AMC Rebel’s most recognizable muscle car version, The Machine, was introduced for the 1970 model year. The Machine had a recognizable look and was separated from the pack. With a polar white finish and blue stripes on the hood, and red accents on the side, front and rear end, the Machine was a force to be reckoned with.

The car was supposed to be a 1969 Rebel coupe dressed in black with imposing black wheels and thick tires, with no stripes, vents, or spoilers, but with a muscular, street-fighting attitude. The Machine was created through a partnership between Hurst Performance and AMC, but unlike the SC/Rambler, there was no formal relationship between the two companies once production began.

The Machine came equipped with AMC’s 6.4-litre V8 engine, which produced 340 hp at 5100 rpm and 430 pound-feet of torque at 3600 rpm. It debuted with a revised inlet and exhaust, as well as modified heads, valve train, and cam.

The campaigns and the marketing for the Machine were on another level as the Machine itself was in a higher class compared to the other Rebel line cars.

What Rebel Drivers Say About Their Experience 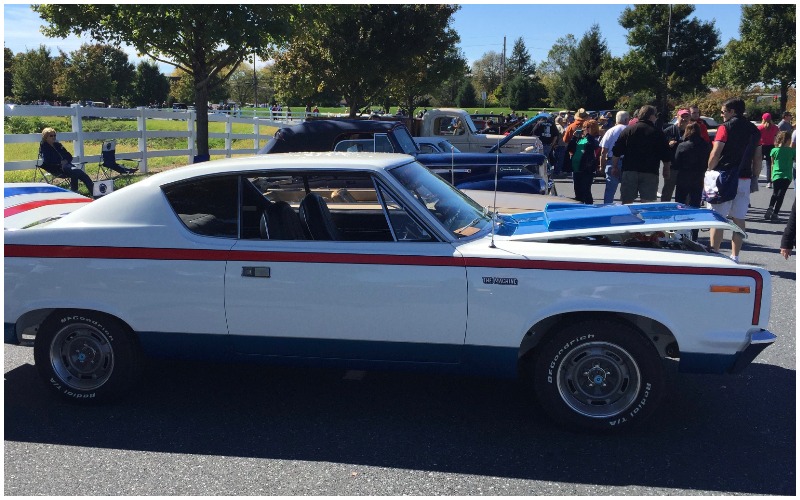 It’s hard to find anyone complaining about a thing in the AMC Rebel. Rebel drivers are one of the most loyal fans in the game, and they have a pretty good reason to be. The Rebel series, especially the Machine, are often described as ‘feather-light yet muscular’ and heavy duty.

Many are surprised by the capabilities of this mighty car and usually label it as ‘an unleashed beast’. It is mainly used as a ‘family-oriented’ car, but this car can scream and make the driver’s heartbeat faster than ever experienced before when taken to the limit. 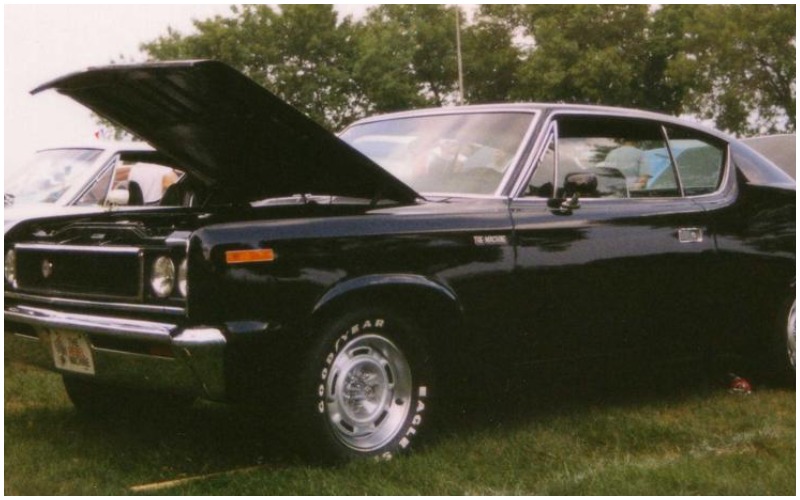 The 60s is probably the most legendary decade of all. It was iconic in every field and every realm, especially the automobile industry. The industry was in the hands of big American companies like Ford, Chrysler and Gm, but AMC changed the game in the late 60s by bringing up the Rebel line.

A well-suited named that embodies every characteristic of a true champion. The Rebel not only changed the game for AMC’s future but also paved the way for other car manufacturers in producing futuristic muscle cars.