A clueless spectator describes muscle cars and sports cars similarly: a flashy, fast, impressive vehicle. But are they really the same? Not at all, they are actually very different. Or, at least, they used to be.

To be honest, there are definitely similarities and significant differences. Many discussions and disagreements on this topic have animated the scene around a dinner table or campfire.

Here below, we shed some light on the endless debate about muscle cars vs sports cars and take a look at muscle cars and their sports car cousins, compare and contrast, review their specs, and try to figure out where the key differences lie.

Before we dive into the details of differences between these two types of cars, it might be helpful to agree on their definitions.

As the name suggests, they are performance cars all about muscle; the concept of a muscle car comes from drag racing culture and hot rods. The 1960s-1970s were the golden age of American automotive engineering; the most iconic muscle cars were born during this power era. Legendary names were born, equipped with massive torquey V8 engines, becoming the most exotic car models the world had ever seen.

From a technical standpoint, many recognise Americana’s rolling pieces as mid-sized, rear-wheel-drive cars with huge eight-cylinder engines in the most potent configuration plus multiple carburettors. Muscle cars were inexpensive, and their primary design goal was straight-line drag racing.

Among many car enthusiasts, 1965 Shelby Ford Mustang GT 350, 1966 Pontiac GTO, 1969 Chevy Camaro ZL1, 1969 Dodge Charger Daytona, and several others are the most famous examples of this type. Muscle cars became so popular that they created their own class. By the time they became fashionable, almost all the big players had a muscle car variant.

Generally, a sports car offer fun. They are made for racing, but not exceptionally powerful. The main components that automakers have in mind when designing and building a sports car are dynamic performance, manoeuvrability, superior handling, excellent acceleration, and racing ability.

Sports cars are very good at fulfilling one particular desire: the best driving experience. However, there’s a good chance that these types of exciting vehicles fall short of expectations in other areas, such as passenger capacity, fuel economy, and maintenance costs. They are not all-purpose cars. In fact, if we want to be direct about it, a sports car is a single-purpose vehicle, created to attract younger car enthusiasts.

If we could go back in time, say half a century, we would come to an era where there was a clear boundary between the supercar and muscle car realms. Over time, that line has blurred, and these days it’s difficult to define a particular sedan as a supercar or a muscle car.

When comparing muscle cars and sports cars, there are a number of criteria that indicate a vehicle’s place in the muscle/sports car spectrum, including:

Power is not critically important when it comes to sports cars. Even 150 horsepower can be enough for a lightweight roadster to sprint. On the other hand, performance is paramount in a muscle car, which is quite literally a massive V8 beast (or more) stuffed into a mid-sized, two-door automobile.

The beating heart of these two will always be fundamentally different, as they strive for two different goals. Muscle cars are all about power and speed, built to be fast. Consequently, they need to have more cylinders, at least eight, so they can outrun their rivals in a straight line.

Sports cars engines, on the other hand, are smaller, sometimes accompanied by forced induction; here, the ultimate goal is acceleration, not raw power.

In a comparison between muscle cars and sports cars, the winners of this feature are the former, as the enormous V8 engines under the hood of a muscle car generate a massive torque output. Sports cars are inherently nimble, but their agility comes from their fast engines, not their torque levels. In many muscle cars, torque is higher than power.

To accommodate the monster engine, a muscle car needs more space; compared to a sports car, there is a broader frame. Muscle cars have big, dramatic curves, sharp angles with an abundance of straight lines that give them a beefy, stern, muscular look.

Sports cars tend to be compact with sleek lines, curvier bodies, slim frames, rounded edges, and a more modern look. American design ingredients are evident in the bodywork of muscle cars. When looking at their sports car counterparts elsewhere in the world, Japanese or European creativity is the first impression that comes to mind.

When it comes to handling, sports cars are undoubtedly superior; they are designed to excel in cornering. A powerful engine equals an adrenaline rush, faster heartbeat, and more fun to drive.

Muscle cars were initially designed to satisfy car enthusiasts’ racing desires on smooth and straight American roads with few curves. They can rev up faster, but not everywhere. When the road starts to get twisty, it’s not the performance that trumps agility, steering, handling, and braking. Sports cars tend to manoeuvre through tight spots much better, at high speeds.

The concept of the muscle car was born in the US in 1960, a distinctly American invention. Muscle cars are very compatible with the roads, highways, and nature of the country. By contrast, European and Japanese automakers excel at manufacturing sports cars. Despite American classics like the Chevy Corvette,  Nissan GT-R, Audi TT, and Alfa Romeo 4C are all masterpieces.

Historically, American muscle car models have been the products of American automakers geared towards appealing to middle-class car enthusiasts. European and Japanese sports car manufacturers, on the other hand, tried to attract a wealthier market. This trend, however, has evolved over the past half-century.

Nowadays, some car enthusiasts believe that muscle cars are more expensive because they have gigantic V8 engines and tend to be built larger and more spacious. Conversely, others argue sports cars end up being more expensive due to being equipped with the combination of the latest gadgets, advances and technologies in the auto industry.

You can find contradictory evidence for each argument. It seems that the question no longer has an exact answer since a variety of factors determine the final price of a car, including brand, engine, performance, handling, interior/exterior design, integrated technologies, etc.

One of the most fundamental differences between these two types of cars is the number of cylinders; automakers are no longer interested in building huge V8s as they were in the 1960s-1970s. The main reason is you can get way more horsepower with modern smaller blocks than with the biggest engines in classic muscle cars. Typically, standard models today come with 6-cylinder engines; massive V8 engines are optional and are part of high-end variants that require an upcharge.

Thanks to new advancements in the auto industry, modern muscle cars’ handling is comparable to that of their sports car counterparts. American companies are looking for fine suspensions, weight reduction, and impressive best times at the Nürburgring. Given the classic definition parameters, many car enthusiasts classify the 2021 Dodge Challenger SRT Hellcat as one of the only actual muscle cars on the market (!).

Muscle cars are American mid-sized vehicles stuffed with immense V8 engines. They are great at what they do best: drag racing. The 1960s-1970s were two golden decades for these cars, as every sedan had a muscle car variant.

European and Japanese automakers have sports cars in their arsenal; nimble, lightweight vehicles with quick acceleration and excellent handling know how to corner.

If you want to know the real difference between these two types, look at the classics; over the past few decades, the two worlds have blended in some areas. American muscle cars have been equipped with new technologies that allow them to offer an enjoyable ride on curvy roads, and sports cars are faster on straight roads. 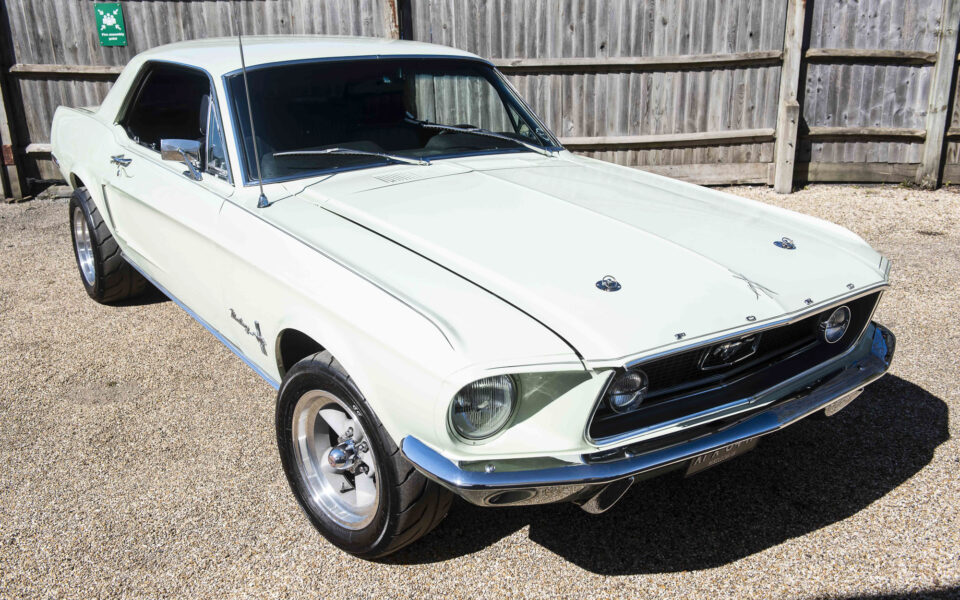