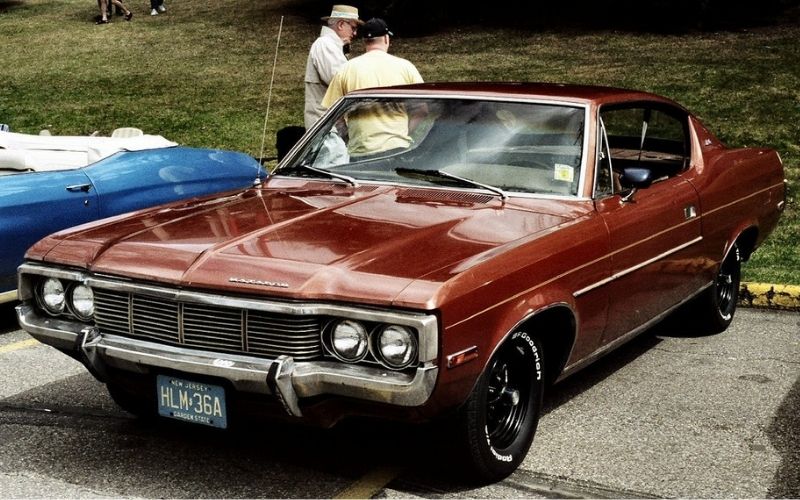 After a few years of production, it was finally time to replace the Rebel with a new model. So, in 1971, AMC introduced the Matador as the successor of the Rebel with a substantial facelift. But the facelift wasn’t all. AMC had decided to enter the competition of intermediate-car segment bolder than ever, and probably one of the early strategies for that vision to come to life started with the advertisement; “What’s a Matador?” was the famous question written on the billboards to build hype around the car.

The power and performance that the Matador came with were the reasons it was dubbed as ‘the official police car’ in the US. It could effortlessly chase other cars down on the streets and catch them. So, without further ado, Let’s take a look at how the Matador came to life, and during its two generations, how it evolved.

History of the Matador

American Motors Corporation, also known as AMC, was formed in 1954. Since day one, the people at AMC mainly were occupied with conservative car concepts and designs. AMC found its niche offering reasonably priced reliable cars with no frills.

In the late 60s, AMC decided to enter the muscle car territory with cars like the AMX Javelin and the Hearst SC Rambler. AMC proved itself fairly successful against big-name car manufacturers like Ford and Dodge with their Mustangs and Challengers. Arguably AMC’s top-notch muscle car was the 1970 Rebel, aka the Machine. Unfortunately, AMC’s arrival at the muscle car party was late; the era of muscle cars was coming to an end in the 70s.

The Matador was introduced to the market in 1971 as the successor of the previous AMC model, the Rebel. At first, the Matador was marketed as a four-door family car. A year later, it was used in many NASCAR races. However, it was still mainly the same design and platform until its dramatic redesign in 1974. 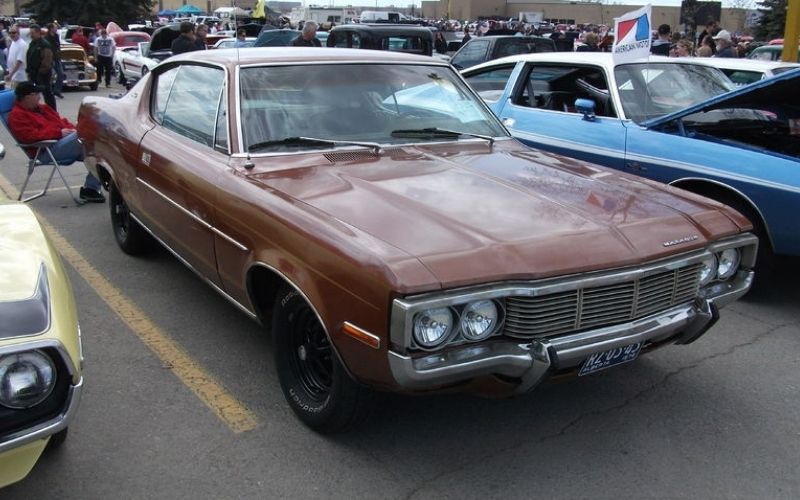 With it comes to the specs, the sedans and wagons mostly came with either 5.9 L or 6.6 L V8 engines. But I6 models were also available both as 3.8 L and 4.2 L capacities. In addition, for the 1971 model year, a 3-speed manual gearbox, as well as a 4-speed manual and a 3-speed shift-command automatic, were available.

On the other hand, the second generation that introduced the popular coupe model only offered 3-speed gearboxes; a manual and a torque-command automatic version. The engines for the second generation also varied; 3.8 L and 4.2 L I6 engines as well as 5.0 L and 5.9 L V8 ones. A 6.6 L V8 was also available but only in 1974. 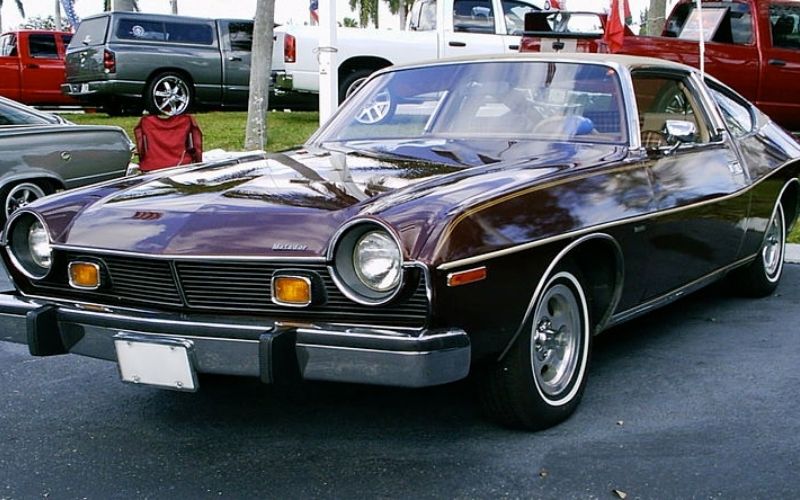 Overall there were two generations of the Matador. The first generation was manufactured within the years of 1971 to 1973. The second generation had a longer run, from 1974 to 1978.

The Matador that was a restyled Rebel in 1970 received some cosmetic restyling and revision for the 1971 model year. AMC claimed that this is not just simply a rename and a facelift. They succeeded to bring people’s attention to the Matador thanks to their effective advertisement campaigns.

The 1971 Model came with Machine Go Package as an option. The old-school muscle car era was coming to an end in 1971 due to high insurance rates and emission regulations. Since AMC had discontinued its high-performance Rebel Machine model only after one year of production, they decided to put a new option on the table for the 1971 Matador two-door hardtop that could offer many qualities that the Rebel Machine used to have.

The Machine Go Package offered power disc brakes, heavy-duty springs, 15×7 slot-style wheels, and many more options that made the Matador closer to a performance-oriented muscle car.

For the 1972 model year, the Matador was majorly advertised as a family car, offering sedan, two-door hardtop, and station wagon body styles. In addition, the 1972 models came with AMC’s “Buyer Protection Plan,” which provided a warranty on all car parts for the first 12 months or 12,000 miles of use.

The second generation came in hot with a popular coupe model in 1974, replacing the previous two-door hardtop model. The coupe model had a substantially lower roofline and a relatively shorter wheelbase compared to the other Matador models.

The interior for all models and body styles were upgraded for the second generation, featuring padded dashboards and a new rectangular soft feel horn bar that replaced the traditional steering wheel horn pad in use since the 1970 model year Rebel.

From 007 to NASCAR: Matador’s Successful Record 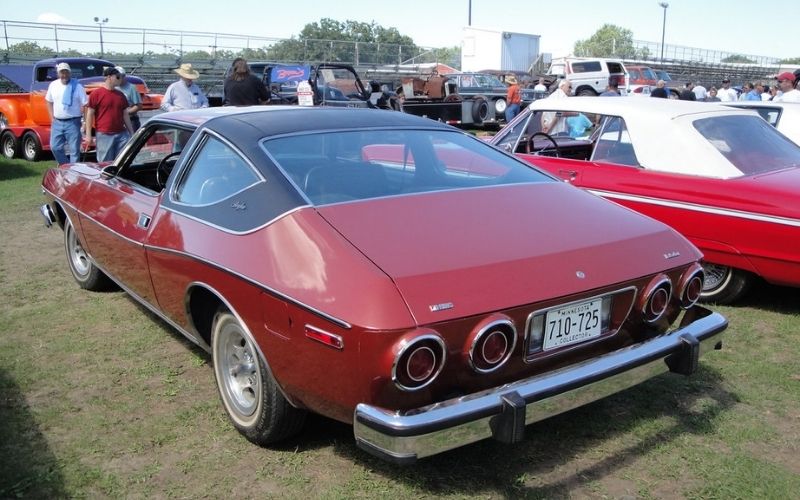 Since Matadors became reasonably popular with the police department in the US, it wasn’t hard to spot a Matador police car in TV shows and in the cinema featuring car chasing scenes. One of the memorable shows for the Matador was Adam-12, which was aired from 1972 until 1975. The car was given a character for itself. Also, in Dukes of Hazzard and The Rockford files, Matador sedans were boldly used as Georgia and LAPD police cars, respectively.

In the 1974 James Bond movie, The Man With The Golden Gun, the AMC Matador played a substantial part as a product placement strategy. Along with a number of four-door matador police cars, a 1974 Matador coupe starred in the movie. The Matador coupe was driven (and flown) by the villain of the film, Francisco Scaramanga.

In many animated films and series, cartoonish remodels of the Matador are spotted rather easily; Batman: Year One, Black Dynamite: The Animated Series, Kavinsky: Testarossa Autodrive, and Scooby-Doo? Legend of the Phantasaur are some of the significant examples.

Besides starring in motion pictures, both coupe and hardtop Matadors won several races in NASCAR stock car tracks. Some of the drivers included Mark Donohue and Bobby Allison. From 1973 to 1975, AMC Matadors won five NASCAR racers, one of which was driven by Mark Donohue, and the rest were Bobby Allison’s wins. 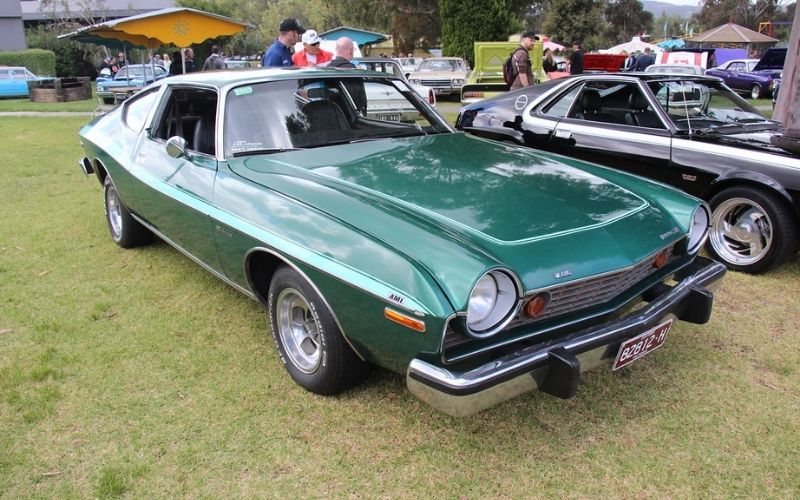 Even though AMC entered the muscle car party a tad bit too late, the Rebel and the Matador proved themselves competing against other big-name muscle cars. The Matador had a decent run from 1971 to 1978, and it was manufactured in two different generations.

The second generation introduced the coupe model, which replaced the two-door hardtop from the previous gen. The Matador coupe became one of the most popular models among casual buyers. Still, the four-door sedans became era-defining police cars in the states for years.

Besides popularity in the police department, Matadors left a handful of decent records in NASCAR stock car races. They even made it big in films like James Bond.

Although AMC’s cars are not as well-known as Ford’s or GM’s classic cars, they scarcely lack anything both in terms of performance and style when it comes the to late 60s and 70s muscle cars. Finding a mint condition Matador coupe in today’s car market can be a treasure, and you can be sure that it won’t come cheap.