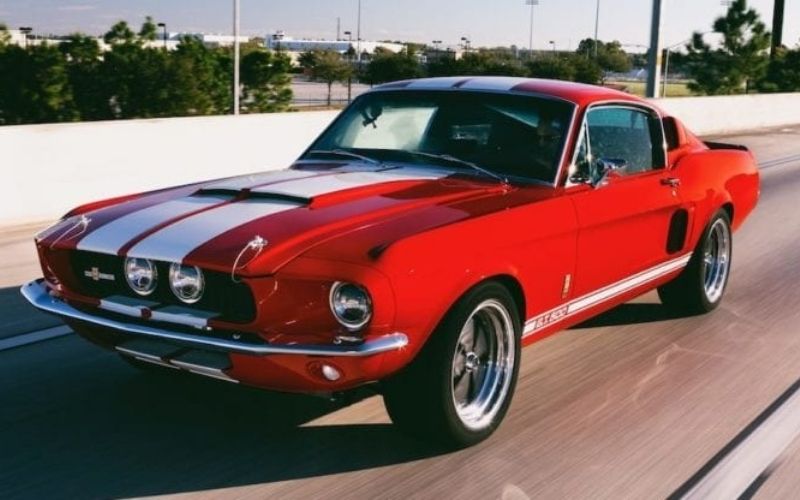 A car that popular and impactful will not easily fade away, which is why there is such a market for restoring classic Ford Mustang model years. In fact, early models (1965 to 1973) are so sought-after that there are a number of companies that build full-on classic Mustang replicas from scratch, using Ford’s licensed body units and sometimes chassis!

Let’s take an in-depth look at this—as one might call it—resurrection industry.

The Market for Classic Car Reproductions Reproducing a classic Mustang is very different from restoring one. Restoring a classic Mustang means having an original Mustang that has survived all of this time and trying to keep whatever that’s left of it in one place and replacing the old rusty parts with brand-new ones. Sometimes those parts are manufactured and/or licensed by Ford itself, and sometimes they’re built in custom shops.

For building a classic Mustang replica, however, there’s no need for a pre-existing model to work on. Thanks to Ford’s licensed body units and chassis, there are custom shops and companies that assemble brand-new classic Mustangs from the ground up.

One major benefit of a reproduced Mustang over the original models is the up-to-date standards of safety, comfort, and reliability. You don’t need to treat it and take care of it like an old soul because, after all, it isn’t.

Although a reproduced Mustang won’t give you the same throttle sound an original Mustang engine would do, it can provide you with a modern stereo sound system, heated seats, up-to-date electronics, better steering and up to 1000 hp.

How Are Classic Mustangs Made?

Each company/custom shop that reproduces Mustangs has its own strategy for making their Mustangs. And each makes their own chosen models; from standard Mustang fastback and convertible models to more popular Shelby and Mach 1 variations.

Unsurprisingly, these cars don’t come cheap; neither do they come to your door very soon after ordering one. The time it takes differs from one company to another, but you shouldn’t be expecting anything less than 12 months, at the least.

Some companies, such as Dynacorn International, bring you licensed replacement body shells of classic Mustangs. Finding a proper chassis as well as an engine, the interior and everything besides the shell is up to you.

Some other companies, on the other hand, build the whole unit for you with customizable options and specs; Revology Cars and Classic Recreations are two prime examples of this industry.

Without further ado, let’s take a look at our top 3 favourite classic Mustang replicas on the market. Our third favourite Classic Mustang is none other than Classic Recreations’ Shelby GT6500CR 900C.

With an aluminium steering wheel wrapped in Lecarra leather, GT500CR 900C sets the mood for its leather-clad interior. The hand-stitched Shelby Cobra logo on the centre armrest gives more authenticity to the car and makes the experience even closer to the original model. Using the shape of an iconic pony car and adding a lot of muscle under the hood, Classic Recreations claims that they build a Shelby the way Carroll Shelby himself would do today.

With the expressive look of the 1967 model year, just looking at the exterior alone is certainly an entertaining experience. But it sure doesn’t stop there; the Carroll Shelby signature on the seats endorse the experience. The wood-covered steering wheel, chrome instrumentation and extra attention to details in order to stay as similar to the original interior as possible give Classic Recreations’ take on the GT500CR 900S a very authentic voice.

Classic recreations’ GT500CR 900S is armed with a 427ci Ford Performance crate engine which with our preferred specs can give you up to 1000 hp! The specs on this model are some of the craziest stuff you can find on a Mustang replica; Fuel-injectors, F1-R procharger, and 3 core intercooler are only some of the stunning specs worthy of credit.

With our preferred specs, the cost to order one would be somewhere around £230,000. At our number one favourite classic Mustang replica comes Classic Recreations’ Carbon Fibre Shelby GT500CR. It isn’t just a classic Mustang. After all, a replica isn’t supposed to be the same as the original and this one is something beyond that.

Classic Recreations’ recently unveiled heritage Shelby GT500CR carbon fibre concept car has gone into production and is ready to order. Dubbed the Carbon Edition, only 25 of these limited edition 1967/68 Shelby supercars will be delivered by the company at the Shelby American facility in Las Vegas and are available for worldwide distribution.

Each vehicle has been spec’d for performance and will receive unique badging, a personalized delivery experience, registration in the Shelby Worldwide Registry and include a donation to the Carroll Shelby Foundation.

The stunning interior features an Alcantara headliner and a Lecarra leather wrapped around the aluminium steering wheel. The result is stunning perfection in a car that is an astounding 600 pounds lighter than stock. The power-to-weight ratio is on par with the most exotic vehicles, making it a modern world-class supercar with American muscle at its soul.

With our preferred specs, it would cost nothing less than £240,000. Although all 3 of our top favourite Classic Mustang reproductions are from Classic Recreations, we believe Revology Cars are also delivering very impressive models which are worth talking about.

Mustangs in different shapes, variations and forms continue to be extremely sought after. Their popularity among the car community is so much that a couple of companies like Revology Cars and Classic Creations reproduce classic 60s Ford Mustang models with premium and modern standards.

They don’t come cheap; in fact, some of them cost as much as brand-new Lamborghinis and other similar supercars. Who can put a price on happiness, they say. Some Mustang enthusiasts may be willing to spend upwards of £200,000 to have a brand-new 60s replica of a Ford Mustang, but we’ll stick to our classic Mustang restorations, which preserve the soul and charisma without compromising looks or power.