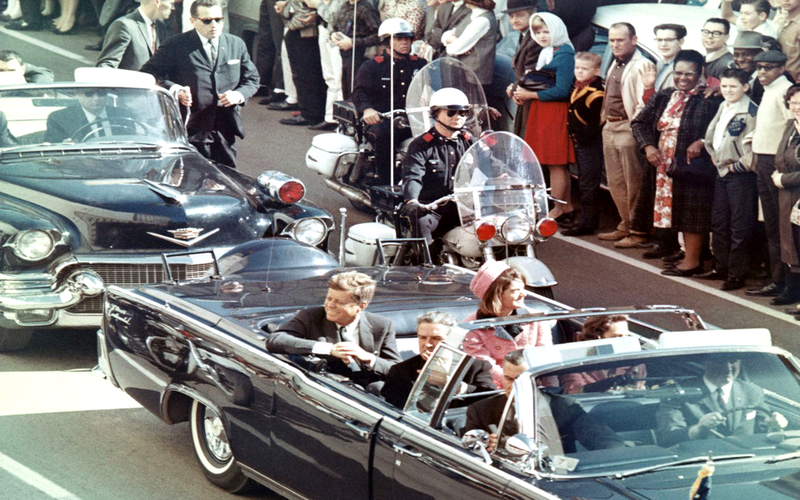 In season 3 of Netflix’s hilarious comedy show The Schitt’s Creek, Johnny Rose finally breaks down and buys the family, of all things, a 1977 Lincoln Continental.

After feeling left out (as even the poorest families in Schitt’s Creek own a car) Johnny Rose in episode 3 of season 3 decides that it’s time the family “invested in a car” and buys a Lincoln Continental. They call it a ‘78 model in the show, but it’s actually a 1977 model.

Like the Rose family, 1970s Lincoln Continental Town cars exude an I-used-to-be-luxurious look wherever they go, although they might be yet another dying example of American upper-class icons. 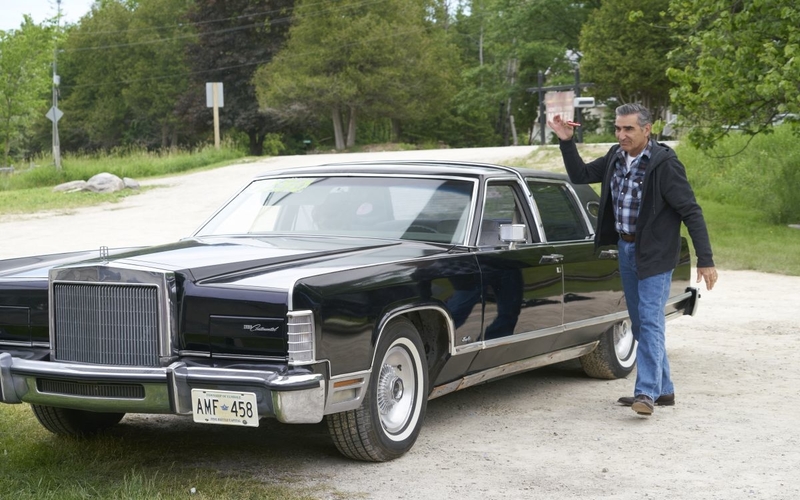 The Lincoln Continental is not technically a muscle car. However, with a wide and long body, a mid-block V8 engine with a lot of power, huge grilles on the front, opera windows, and a never-ending thirst for gas, the Continental Town Car definitely deserves a spotlight among the American classic cars of the mid and late 20th century. 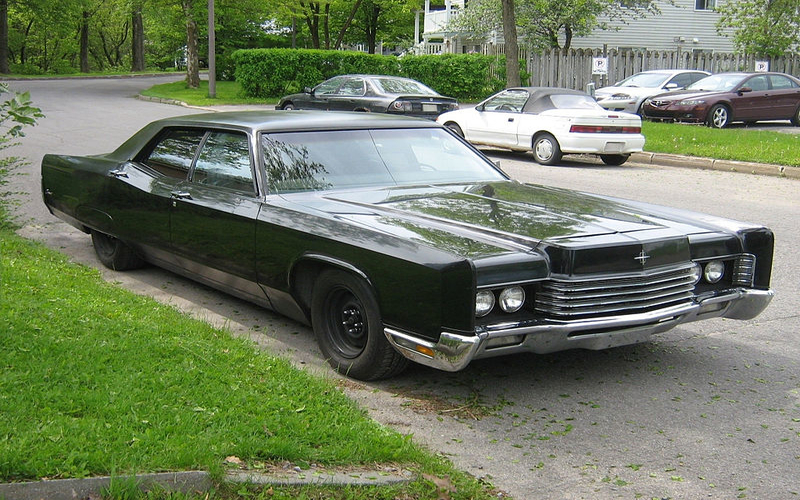 The first generation of the Continental was produced in 1939 as a vacation car to attract Lincoln buyers. The name derives from the inspiration Lincoln manufacturers got from European “continental” styling elements.

In over 55 years across 9 decades, Lincoln has produced ten generations of the Continental. When the first generation entered its full-scale production, it introduced a whole new automobile segment, which was known as a personal luxury car.

After WWII—from 1956 to 1957—personal luxury cars evolved into coupes and convertibles larger than sports cars, with stylish features offering comfort and ease over speed, handling, and performance.

Besides being revolutionary in terms of creating the personal luxury car segment, Lincoln Continental left a huge impact on car designs in the history of automobiles in America.

The Continental was a starting point for many things, but inevitably it became the end of many other things as well; in 1948, the Continental became the last American vehicle line with a factory-produced V12 engine and in 1967, it put an end to the American four-door convertible automobiles.

Lincoln Continental marks the end of an era; that of the giant American land cruisers. 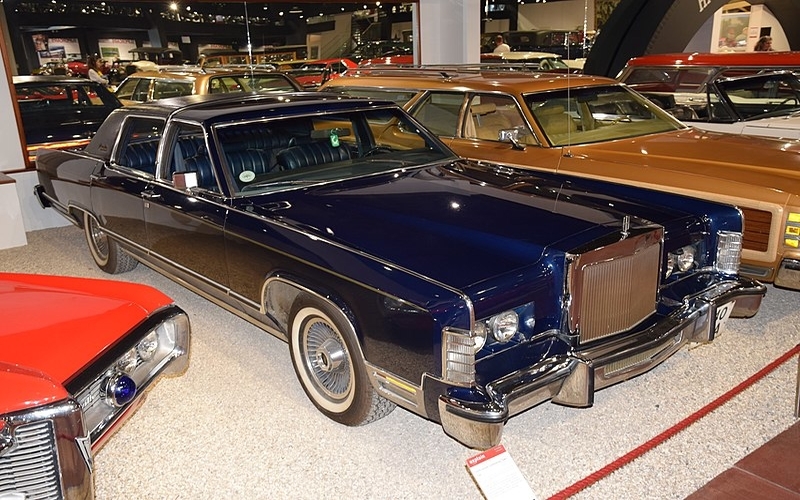 The Continental, throughout its many years of production, came with a variety of options and models for the buyers to choose from; offering full-size & mid-size cars as 4-door luxury sedans, convertibles, coupes, and other body options.

Some of the most favourite model years of the Continental among the Lincoln enthusiasts came between the years of 1966 to 1969 and 1975 to 1979; there’s no wonder the producers of the Schitt’s Creek decided to go with a 1977 model year.

In order to compete with Cadillac Coupe de Ville and Imperial Crown Coupe, The Continental underwent a second mid-cycle redesign in 1966.

While following the general design language of the 1965 model, the 1966 Lincoln Continental was given a whole new body. Implemented mostly in the rear seats to provide more legroom, the body became 5 inches longer. And in order to be able to compete with the competitors in its own league, the V8 was enlarged to 462 cu. in.

The final model year for the convertible model of Continental, due to a dramatic decrease in sales, was the 1967 model. The 5,712-pound 1967 convertible model is one of the heaviest cars ever sold by Ford Motor Company.

To meet the requirements of the federal safety standards, Lincoln made numerable changes to the Continental’s design in 1968, including some upgrades in the design of the parking lights, taillights, turn signals, and leather seats. 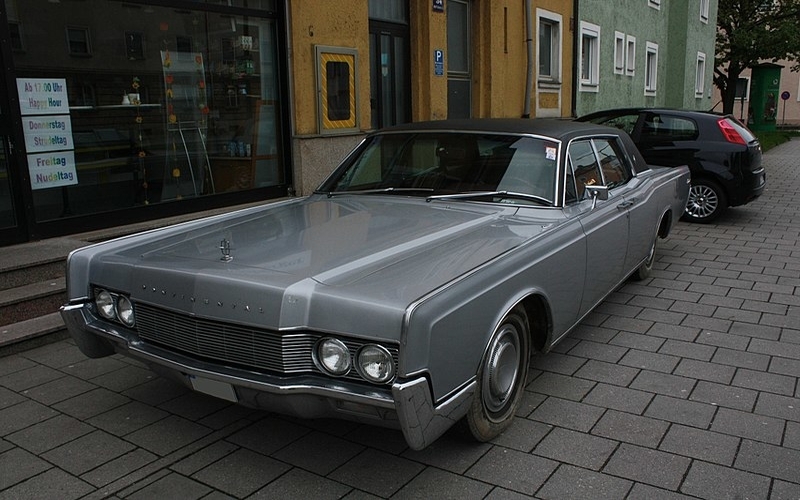 The exterior of the Continental was majorly revised for the 1975 model. In order to differentiate itself from the previous generation, it received a fully pillared roofline with a square opera window in the C-pillar.

Besides the cosmetic redesigns in the new models, the 1975 model also received major upgrades in the braking system; the Lincoln Continental was one of the first cars manufactured in America that came with a 4-wheel disc brake system.

And to improve the gas emission statistics of the 460 cu. in. V8, engines, it was equipped with, the 1975 model came with catalytic converters which ended the Lincoln Continental’s compatibility with regular leaded gasoline.

For the 1976 model, the exterior design remained generally the same as the 1975 model. Lincoln removed some of the features included previously in order to lower the cost of the base model and added those features as extra-cost options that buyers could choose from.

Not changing much from the previous model, this time Lincoln decided to give the Continental another exterior revision for the 1977 model year. The grille was replaced with a narrower, more Rolls-Royce radiator-style grille, and the rear fenders no longer carried the script “continental” on themselves.

The dashboard was updated for the first time for the 1978 model. With this new Mercury-style updated dashboard, the 1978 Continental weighed less than the previous generation.

And for the 1979 model year, besides the updates on the interior, the 460 V8 engine was omitted and the 400 V8 remained as the sole engine. 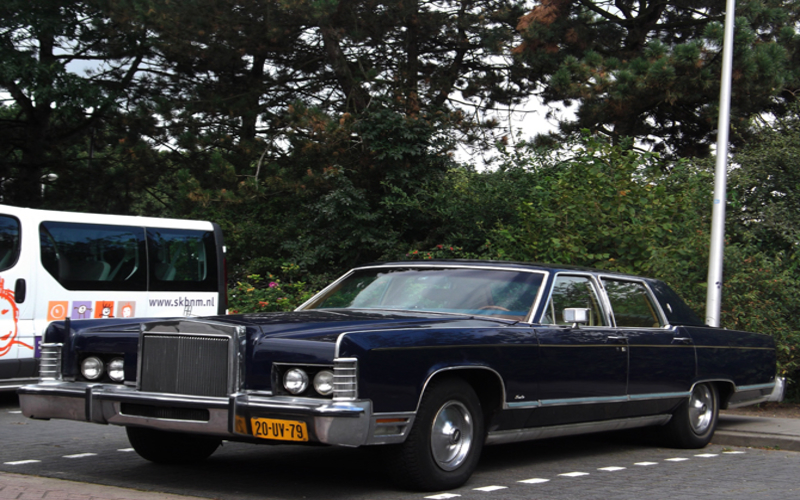 After a 14-year absence, the Lincoln continental came back on the market as a new tenth generation in 2016 and continued until the 30th of October 2020.

Three different engine models were offered for the tenth generation, all V6 engines. The most powerful option, the 400 hp 3.0 L engine, is also the highest-horsepower engine ever fitted to a production Lincoln Car. 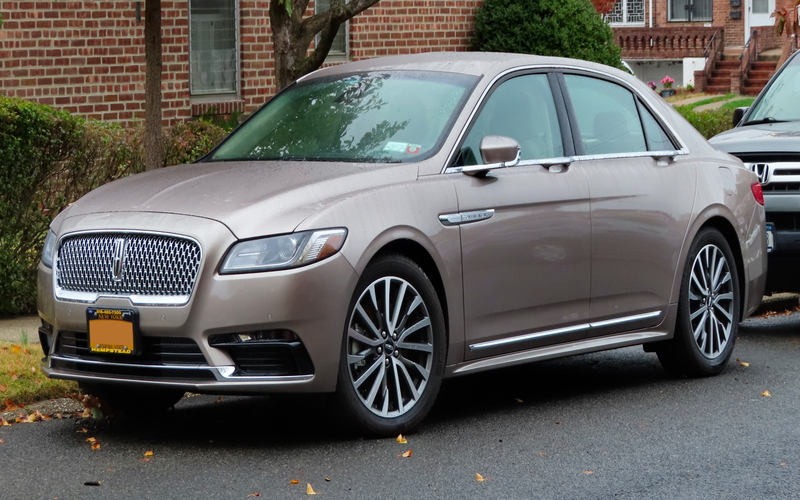 Other Appearances in Pop Culture

The Schitt’s Creek is certainly not the only medium where the Continental stars in. Many different movie producers throughout the years have used the Continental in their movies.

In the 2012 action/comedy Hit and Run, Dax Shepard uses his own 1967 Lincoln Continental even for the stunts. ‘The two loves of my life were at risk … the Lincoln and [my wife] Kristen,’ said Dax in one of his interviews about the movie.

Occupying more of a niche where tech-savvy characters are concerned, Inspector Gadget uses a 1964 convertible model of the Continental with a purple interior and loads of futuristic buttons that gadgets on the dashboard. This appears both in the 1999 Inspector Gadget movie and the 2003 sequel.

In the classic crime/drama movie The French Connection, A beautiful 1970 Continental along with a Ford Custom 500 star as the two main cars in the movie.

Besides the innumerable other movies in which different models of the Continental star in, the American President John F. Kennedy, the British royal family and several other important political figures and celebrities in the ’60s and the ’70s frequently used four-door convertible models of the Lincoln for transportation. 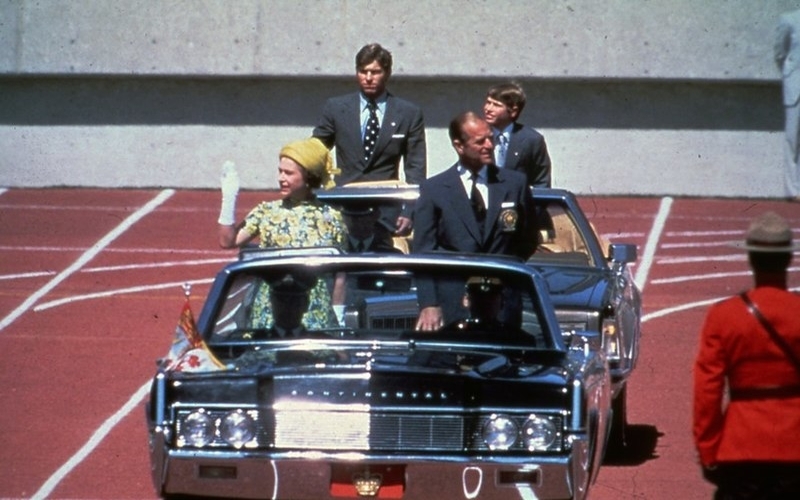 John F. Kennedy, Minutes before his tragic assassination, in a 1961 convertible Lincoln Continental

The start and the end of an era, The Lincoln Continental, is among the most influential American automobiles of the 20th century. It tells the story of the American dream with an abundance of chrome, metallic paint both inside and out, advanced gadgetry, and V8 power.

With 10 generations produced in 50 years over 9 decades, the Continental is one of the major icons of American Luxury in the ’60s and the ’70s and leaves a huge mark on the history of classic American cars.