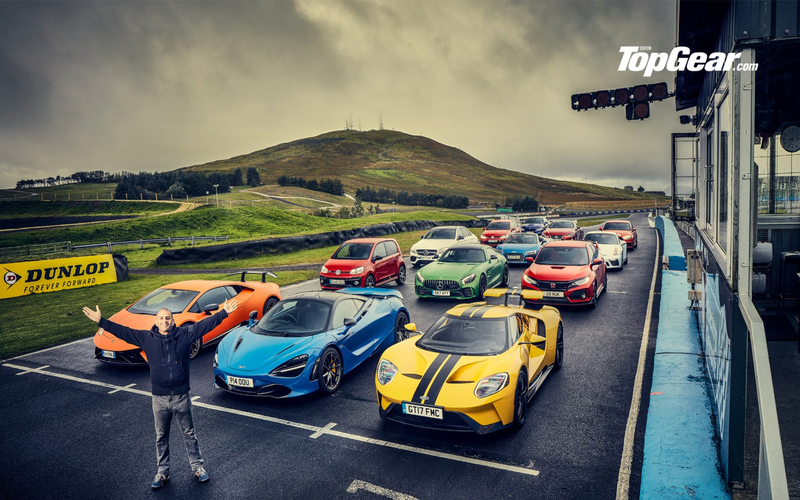 When you think of British automotive entertainment, I’m sure your mind, like anyone else’s, goes to three idiots and a tame racing driver reviewing, driving and discussing some of the finest (and far from finest) vehicles from all over the world.

This is because Top Gear has continually been one of Britain’s most-loved and well-known automotive related franchises since 1977, even despite a year-long hiatus in the early 2000s. Throughout that time there have been numerous presenters, thousands of cars, crashes, test drives, challenges and stars in reasonably priced cars and has remained a household name for decades.

As some of you may also know, Top Gear isn’t just a staple of British television, it is also a staple of shelves in newsagents not just nationally, but globally. Top Gear magazine is the hard copy version of what we see on Sunday nights “ont’ telly box”, so petrolheads can get another dose of car news monthly in the form of a thick, glossy-paged publication.

In this magazine review, we’ll be taking a look at why Top Gear magazine is the best car magazine… in the world (get it?). 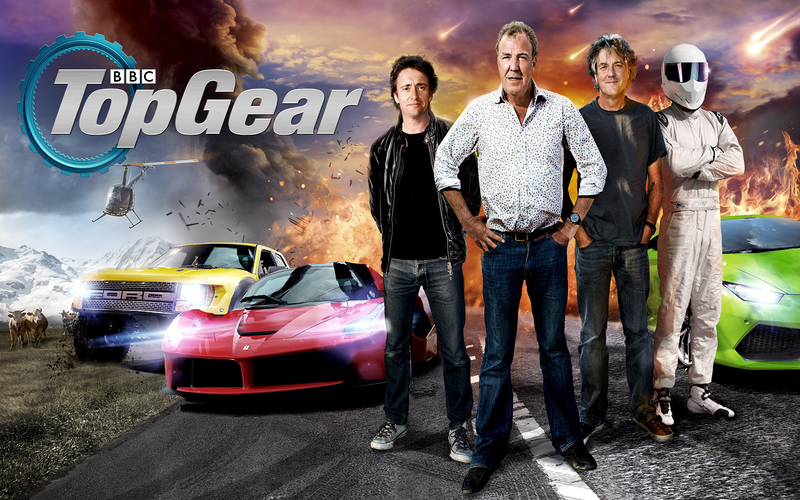 This is the part where I usually say “X car magazine was born from humble beginnings,” but I suppose that really isn’t the case with Top Gear magazine. It definitely helps to already have a national television show under your belt when starting a printed publication!

Top Gear magazine was first published in October 1993, and by then the show had already been televised for 16 years. No other magazine in this sector has this kind of backing, so it’s no wonder the magazine is still such a popular read amongst petrolheads. The Top Gear programme has been one of the BBC studios’ biggest success stories ever, and regularly ranks high amongst the top ratings, so it was only a matter of time before a magazine to supplement this came along at some stage.

Since then, the Top Gear website also provides even more news, so the franchise has pretty much monopolised the automotive news market, with their use of a programme, paper magazine, digital e-magazine and website. Last year, on average 48,185 people were reached through the hard copies and 11,287 accessed the magazine digitally each month.

Top Gear magazine is Britain’s best-selling car magazine, and there has to be more behind the astonishing readership than the fact that it’s owned by the Beebs. Perhaps it’s something to do with 150 odd pages of car-related content each month. 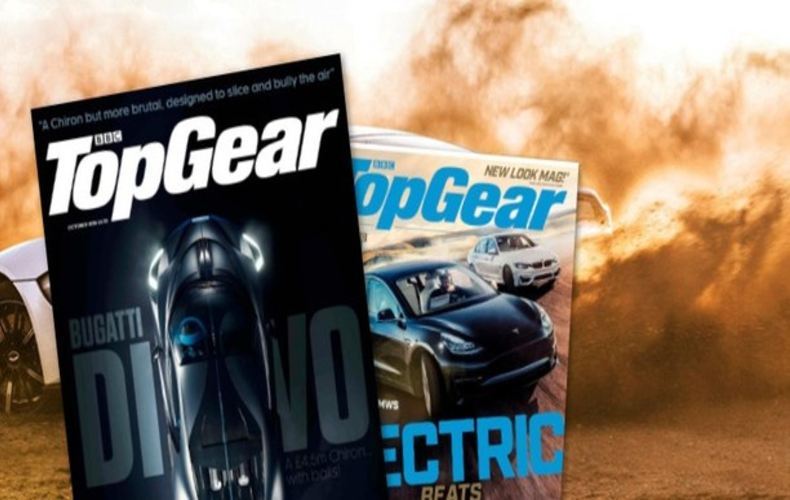 The featured articles are a small handpicked selection of the cover stars of the magazine, each of which is usually a couple of pages long except the star of the show that gets an 18-page centre spread; in this month’s issue, it’s the Lamborghini Sian. Naturally, you get everything you’d expect from Top Gear test driving a £2.5million Lambo: plenty of rolling shots, moody night-time static shots in a multi-storey car park and an experiential article split into the test drive around Dunsfold and into the background and specs of the supercar.

The featured cars are usually supercars or prestige cars of some description, however don’t let that fool you into thinking Top Gear magazine is purely dedicated to Maclarens and Ferraris. There are plenty of cars that you’d see in your local supermarket car park given a share of the spotlight in this magazine.

The ‘trending’ section is pretty self-explanatory. It is a roundup of everything that is trending currently in the car world, including automotive news, culture and new cars. It seems to be currently dominated very heavily by anything electric, but I suppose that that is exactly what is trending now (even on the Top Gear website one of the 7 subheadings is dedicated to anything ‘electric’).

As well as cars there is a little bit of lifestyle-orientated journalism in the midst of the trending section, including an article on watches, jeans and gaming (I did have to double-take to make sure I wasn’t reading GQ). For me that is something I definitely would skip past; I don’t know anyone who buys Top Gear magazine to decide which wristwatch to buy.

This is the section that is pretty popular with people who are actually looking to buy a car. There’s a lot of comparative test drives, ie. electric crossover car test drives (yes, we can’t seem to shake the impending doom of electric vehicles). The test drives are heavily based on specs and the actual aesthetics of the vehicle. There is a lot of thought given to the interior features, the handling, suspension and steering, but there is a heavy focus on the quantitative experience of driving instead of qualitative. These make for an ideal buying guide for someone who wants a car to get to A-Z, not for someone who enjoys a little Sunday drive every once in a while. 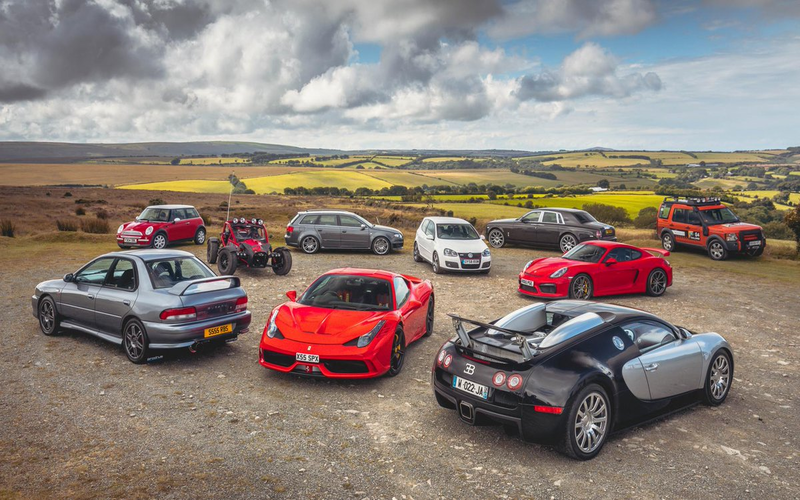 ‘Because they don’t make ‘em like they used to’ is the tagline of Top Gear magazine’s retro section, a phrase that we can definitely get on board with! The articles on retro automotive news are all about dragging up nostalgia for cars that aren’t made anymore or morphed into fancy new versions of their past selves. Sadly it’s only a small section, but I can imagine the writers had a lot of fun with these retro beasts!

This series of articles is actually more interesting than it seems at face value. The garage section is a roundup of long-term tests of cars run by the Top Gear team. These articles are great for bringing things out of the woodwork that are usually glossed over on normal test drives due to rose-tinted vision. On a test drive, a buyer (or Top Gear writer) may fail to notice things that would niggle after a few months, or not get the chance to experience the car in bad conditions or on roadtrips, however these long term test drives get to go through exactly those things. It’s helpful to see a car being put through its paces in everyday life scenarios instead of obscure mountain roads somewhere in Europe or just on the Top Gear test track. To my knowledge, this test drive style is pretty unique to the Top Gear magazine.

I’m sure you’ve already gathered by now that Top Gear magazine is immensely successful and popular amongst fans of anything to do with cars; it is the go-to magazine to buy for anyone who likes to stay up to date with automotive news, who wants to buy a new car or anyone who enjoys watching Top Gear and wants a little bit more than what they see on TV. Top Gear is so popular because it appeals to car lovers to geek out regardless of budget or particular field of interest.

The Audit Bureau of Circulation (ABC) was able to tell me that Top Gear magazine’s average circulation per issue for 2020 was 59,472 copies, 31,978 of which were paid subscriptions. This shows how Top Gear fans rest assured that they will get their money’s worth when they pay upfront for the year, trusting the writers will bring them the quality content they expect month on month.

However, even Top Gear magazine isn’t exempt from falling victim to the advances of everything shifting to the internet. In 2010, the magazine averaged 191,539 sales every month. The circulation figures have steadily fallen, each year by around 10,000 copies, until we reach where we are today. This could also have been affected by the dismissal of Jeremy Clarkson from the television programme (and therefore the magazine also) and the introduction of new presenters in 2015. 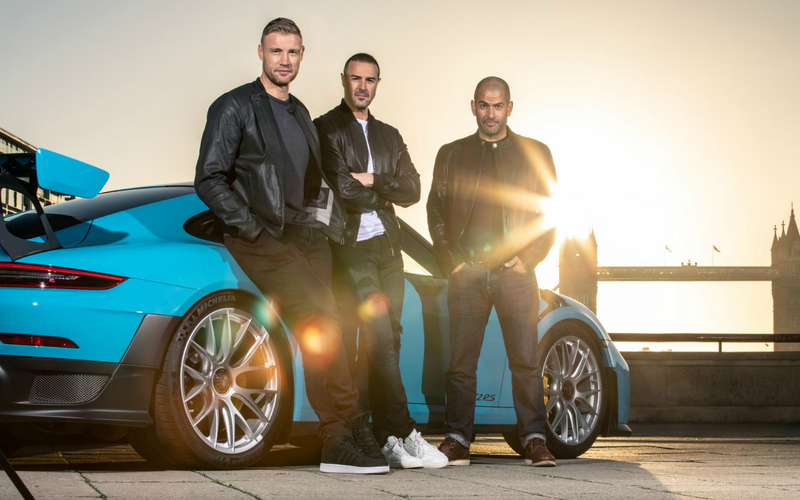 Despite this fall in sales, it surely can’t be seen as a failure on their part. What they’ve lost in sales of their printed magazine they surely make up for in traffic through their website and digital editions. They average 11,287 readers on their digital magazine editions and much more via the website. Top Gear has used the 21st century’s addiction to our mobile phone screens to their advantage instead of sitting down and waiting for the inevitable.

With a multitude of international licenses to complement the UK edition, Top Gear has established itself as an international brand on a global level. Licensed editions include those in China, Czech Republic, Greece, Lithuania, Latvia, Indonesia, South Korea, Finland, Sweden, the list goes on; the language of car culture truly knows no international borders.

Whilst not having specific social media pages for the magazine itself, Top Gear has of course amassed a huge following of 13 million on Facebook, 4.1 million on Instagram and 1.8 million on Twitter, thus dwarfing any of the other automotive publications we’ve covered in our magazine reviews. This is helped by the fact that Top Gear is more than just a car magazine. Spurred on by charismatic writers and presenters with a humorous and casual tone (clearly still to this day inspired by Jeremy Clarkson’s controversial sense of humour), Top Gear’s readership enjoys a writing style that doesn’t take car ownership too seriously.

As Britain’s best selling and greatest motoring magazine, there is a lot to be expected from them. Having followed on from one of the most popular television programmes in the UK, some may find these boots too big to fill, although Top Gear magazine do all that’s expected of them and more. With between 5 and 12 articles being posted daily on Top Gear’s website, their team must be working overtime to bring their readers content that they clearly can’t get enough of.

Top Gear magazine proves that there is more to car culture than supercars and sports cars, and take the good with the bad as it comes. They don’t try to ‘suck up’ to car manufacturers, and tell it how it is. While on one page we’ll find a £2.5 million Lamborghini on the next page we’ll find a £37,000 Renault Megane RS, which is far from glamorous. This is made obvious in their Car of the Year selection, which, despite becoming increasingly more luxurious (in recent years the Taycan, Alfa Romeo Guilia, Ferrari 458) is also peppered with ‘normal’ consumer cars (Ford Focus, Volkswagen Scirocco, Citroen DS3). This coverage of all aspects of car news is what makes Top Gear worth reading.

So even with the circulation of their printed publication falling gradually, we predict a long future for Top Gear magazine, whether it be online or on our newsagent shelves. Having dominated the market for automotive news since 1977, they’re not budging anytime soon.

And on that bombshell, goodnight!

How To Sell Your Classic Car: Tips, Do’s and Don’ts