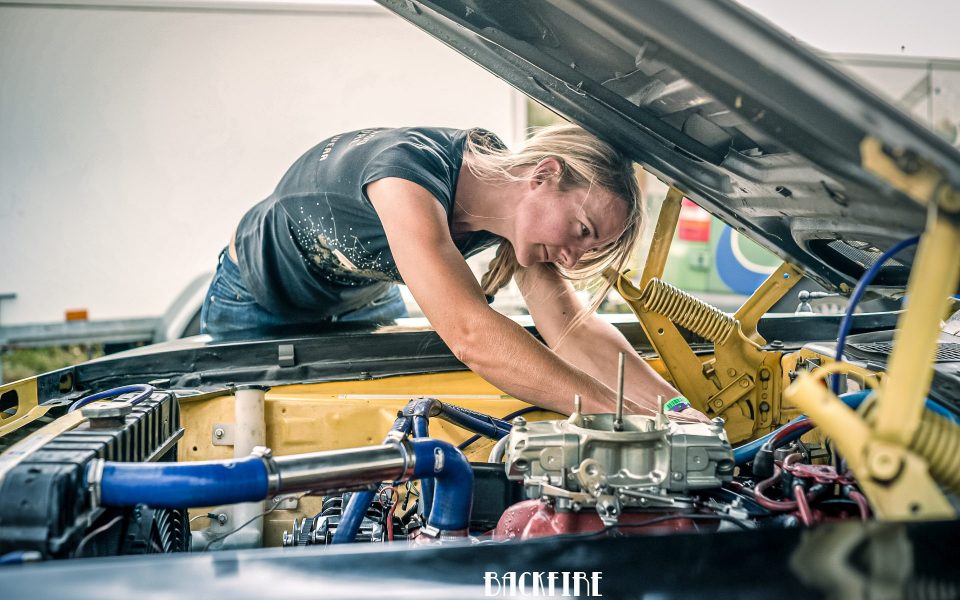 Ladies With Drive is back! Joining us today is Kirsten van Croonenborgh, a racer from the Netherlands with a taste for muscle cars and a pretty sweet ride of her own, a 1970 Plymouth Barracuda drag racer she named Suzy Q.

We’ve looked at other badass female racing drivers like Kirsten in the past. Read on to hear about drag racing nostalgia events from the mouth of someone who wins them!

How did you get into drag racing, muscle cars and American cars in general?

When I was a kid, my Dad used to drive American cars. Not so much muscle cars but more like the huge American things! So I have some very early memories about that and it just sort of stuck with me and I always kept that love of cars. At some point, I met my husband, who had a 67 Camaro convertible, and from the moment we got married it just got worse!

He started to sponsor a Nostalgia Funny car I think most people know: Wild’r at heart. I became the backup girl for that car, and that wasdmy introduction to Drag racing. I knew it existed but I’d never been to an event before. It got me really wanting to drive my own, to get more serious and to buy a more serious car. That’s how we got Suzy Q!

Tell us more about Suzy Q, she sounds steeped in race history.

I’ve tried to track down the history as far as I could. It’s hard to put names to the story because she was built in the eighties in the US, but I know the chassis is a typical 80’s roll cage and it came to Europe at some point, into Scandinavia. I believe it was imported to Denmark and it was actually raced there, by a young Christopherson. He sold the car at some point in Sweden, where it had several owners before it got to the person that I finally bought it from in 2012. She’s definitely an old race car; she’s seen a lot of tracks and a lot of drivers by now.

You’re a pretty regular fixture at Santa Pod, especially the Nostalgia events. What is it about Santa Pod that you like so much and you keep coming back for?

Santa Pod is now the number one track in England! It’s a great track, it has a great atmosphere. With the funny car, we visited two tracks in England—Shakespeare and Santa Pod—and we really liked both! It’s like a little holiday; we don’t go to places with sand and beaches, it’s not our thing, so we save up our money and time off to go racing. We have the feeling every time when we travel to England that we’re going on a trip to have a good time and meet up with friends.

Because we’re part of the Supercharged Outlaws, we visit it as much as we can to support the group. We really hope that we can continue to do so even now with everything that is going on, so we’ll see what this year will bring.

Last year, obviously, nothing was organised and we had no car shows, no drag racing, no anything. Twice, we did get a chance to race in France. The track was great and there are very nice people as well, but we can’t wait to go back to England because we know so many people over there and it feels like a bit of home, you know?

In the absence of racing, what upgrades have been keeping you busy?

We changed the gearbox at the beginning of 2020 because we wanted to see if we could take it a little bit further, and we had the chance to test it in France. It turns out that it works well, so now we’re planning to get a new engine as well.

We always drove Suzy Q with a Chrysler 440 wedge model engine: a race engine, obviously, but it was the wedge model. It was always a bit of a dream to turn Suzy Q into a Hemi Cuda, but it’s not really meant to be a lot faster because as we’ve just discussed, it’s an old, heavy car with an old chassis. You don’t want to push it too much: you want to go fast but you don’t want to break anything. 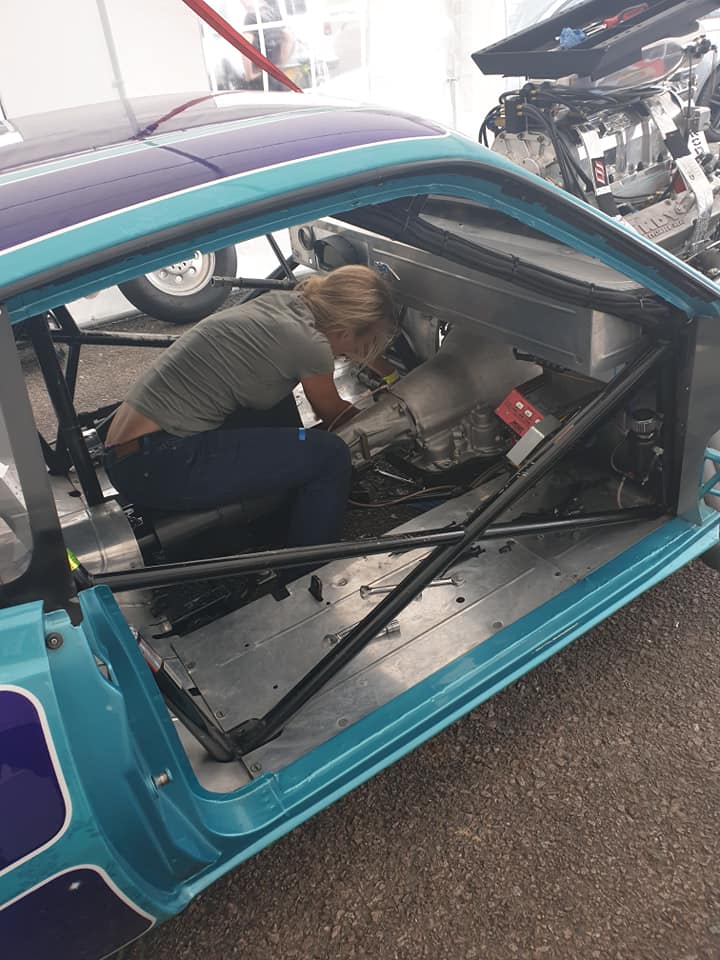 Right now, we’re now racing 8.29 seconds or something like that and it would be really nice to get into those high 7’s just for the sake of having done it. But then we’ll just tune her back to something that’s nice for the car to handle, just an easy, steady-going race car. This year, we’ll stick with the wedge engine to just try out some settings, then hopefully next year switch to the Hemi 526.

What unforgettable moment in drag racing sticks with you the most?

There are so many moments! I guess that my love for drag racing really got a boost as soon as we switched to a methanol engine. I can still remember the first time that I drove Suzy Q because that was my first time ever in a car like that. A car like that is very brutal to drive! It was impressive because it was new and exciting.

When we switched to methanol in 2017, the car completely changed because Methanol is so crisp and responsive to the throttle, compared to racing gas. I can still remember that first moment. I was very closely involved with building that engine and it was the first time that I really got hands-on with the engine. When I finally got to drive it, it was just like “wow, this is what it can be like too”.

Also, whenever I go to the track, it doesn’t matter whether it’s France or Germany or England, every single time you see people that you’re really fond of and have the same passion as you, we’re all just a nuthouse! It feels so great to come back to that and dive into that for a weekend! Travelling and all its preparations are draining, but it’s energising to get to the track and see all the places I love so much. The energy at car meets is just the greatest thing ever.

You yourself are evidence that drag racing isn’t just a man’s world. What advice would you give to other girls looking to get into motorsport or drag racing in particular?

I would say don’t be too impressed by it being a man’s world, because it’s not. There’s nothing about drag racing or motorsport that makes it solely suitable for men. Take it from me: it’s a level playing field in drag racing, you’ve got no advantage whether you’re male or female.

Just go for it, do what you like, have fun most importantly and have a good time. Don’t feel too much pressure to prove yourself because there’s no need to. You’re doing it for yourself and it will come.

There are so many ways to get into racing. You could drive a streetcar and have a blast with that. You can drive a truck there and have a blast with that. There are so many possibilities to do it and to have fun with it and it’s such a shame to see people stop before they’ve even started because they think they can’t make it and they can’t do it. I can have just as much fun with my streetcar as I have with Suzy Q.

You have a 73 Barracuda, haven’t you?

Yes, a yellow one. It’s not completely stock anymore, it has a different gearbox but it still has the original sizes. It doesn’t have the top axel or something, it’s still a streetcar and passes the MOT very easily.

It’s had some slight modifications, like a line lock and a different gearbox. It has a refurbished shift pattern and things like that to make it easier to race it. If I replaced the wedge carburettor with the smaller street one, I can just as easily go out and drive it on the street.

On the track, I put rear tyres with slicks on the Barracuda and at home, I just take the wheels off and I put the regular wheels on. (Then change the carburettor because otherwise, it runs a packet of gas for one kilometre.)

Well, I certainly have a future plan! I can’t really say much about it because I’m still working on it and I’m waiting for the right time to introduce it. I’m desperate to tell people, but it will be so good to wait. For now, I can say Suzy Q is not going to retire and I’m not going to sell her, because I really couldn’t ever say goodbye if I didn’t have to! I guess it will be the spring of 2022 when I will reveal my project but I have to bite my tongue for now. In the meantime, I can’t wait for people to bring their cars out again and race.

One of the good things about the Covid break is that people have had plenty of time to work on their cars. There should be some new and exciting stuff to see next time!

Yes, something positive always comes from a negative. I think many people took the chance to do some work they normally would not. You can see all sorts of improvements being made to vehicles this year whereas usually you wouldn’t feel you have the time or money for it.

On Instagram, I sometimes do a little question round where people can ask me questions and one of the most regularly asked questions is if I miss racing. And yes I do, obviously, but I’m also very blessed to have a very nice life besides racing with my animals and everything, so it’s okay with me. I’m sitting patiently for everything to be okay and safe again. And, I mean, the track is there and waiting for us. It’s not going anywhere! When we can all go out again and see each other, it will feel like nothing ever happened – I’m sure of that. It will be fabulous.

Kirsten van Croonenborgh sends her thanks to her sponsors, Roltrex Cargo Broker, Kendall and Priceless Paint, without whom Suzy Q could not have happened. 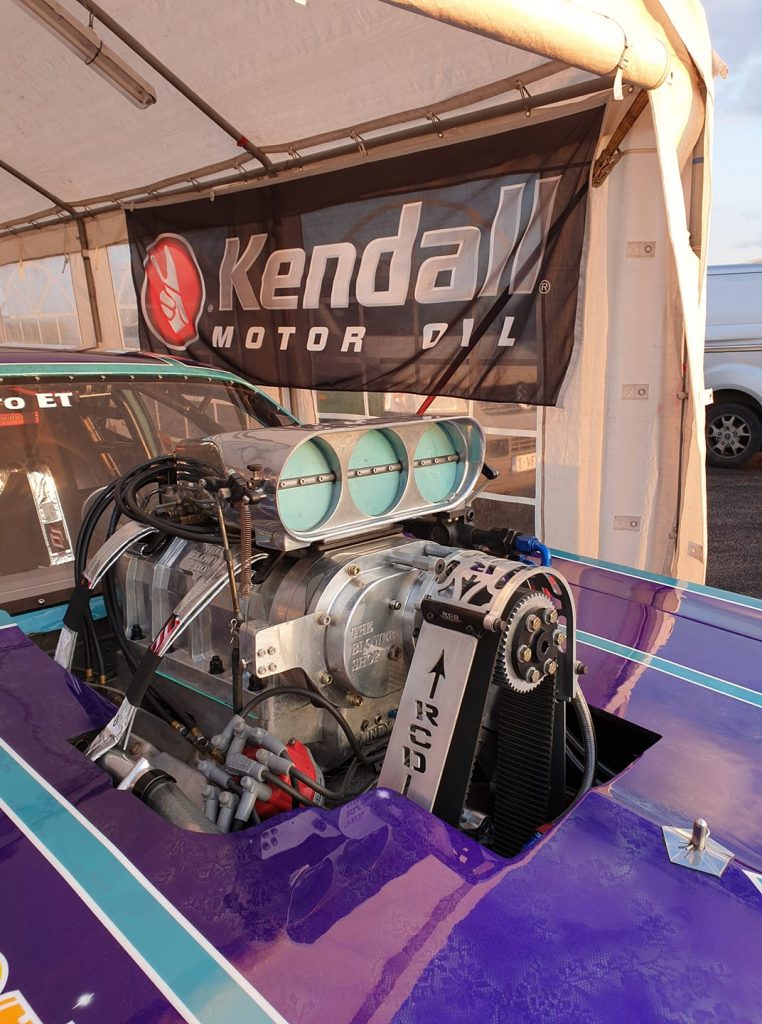